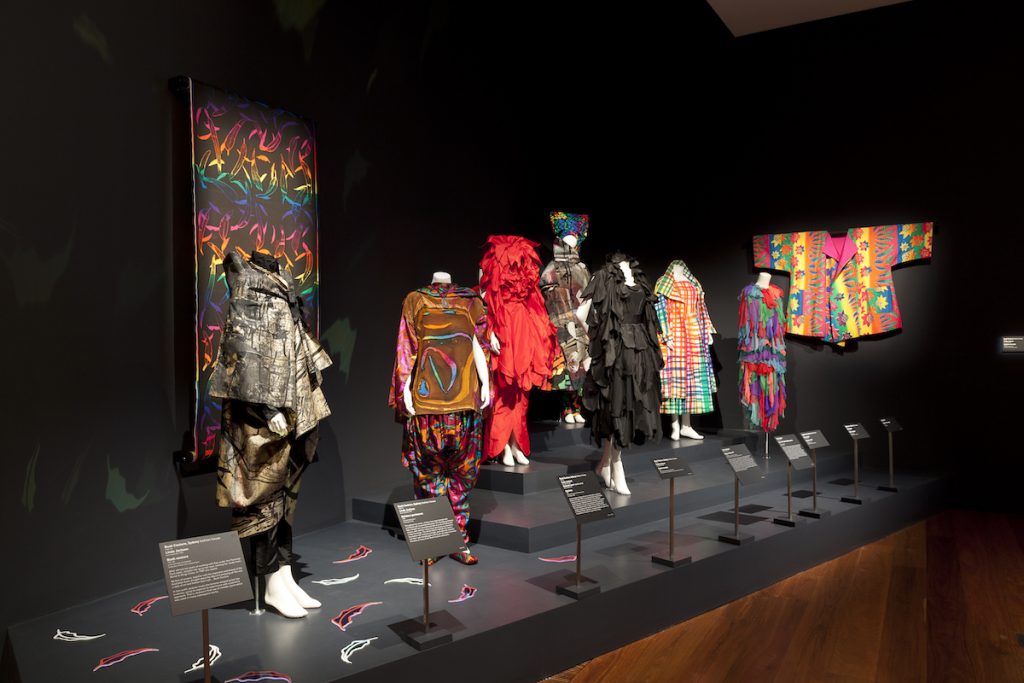 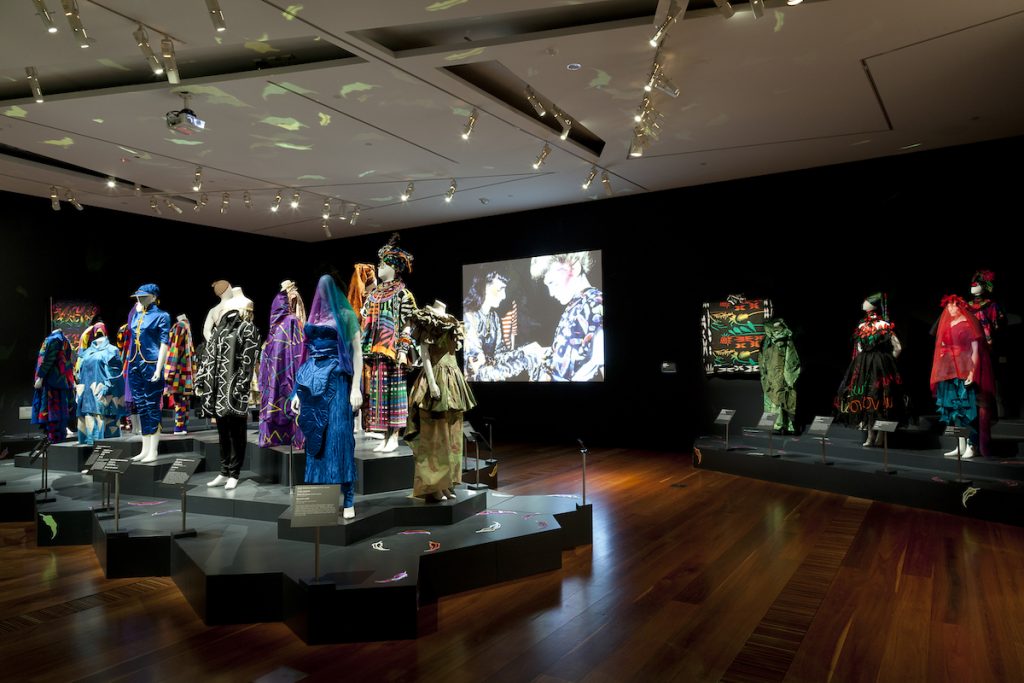 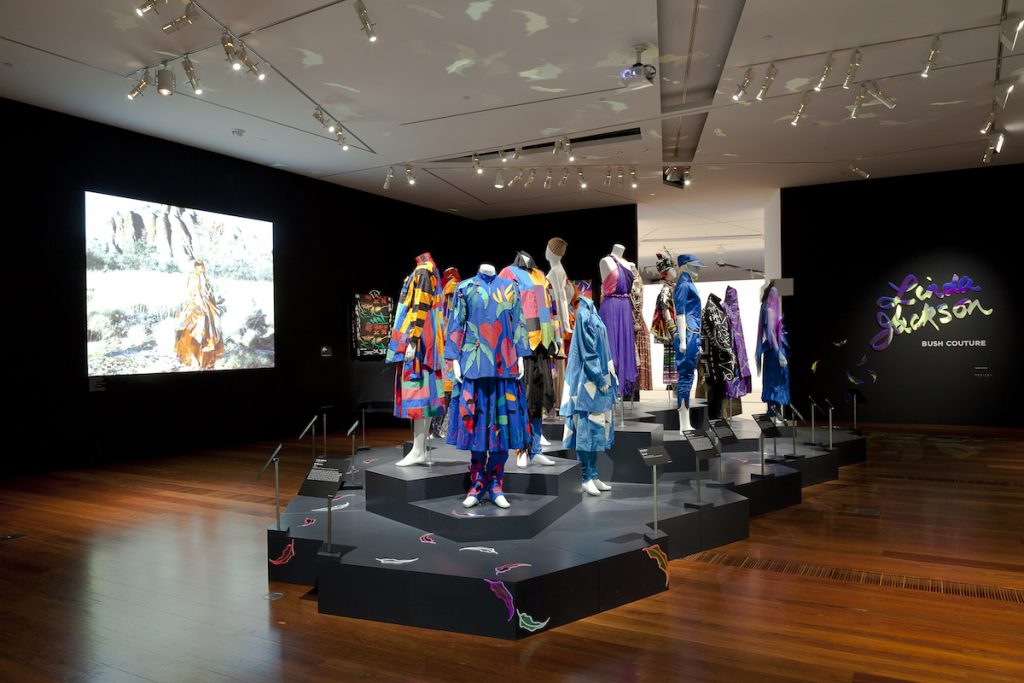 “My love of couture, together with the inspiration and beauty of the Australian bush, brought about the idea of translating all this into a style of art and fashion that I call…Bush Couture”

Opening Australia Day, Linda Jackson Bush Couture is the first exhibition to open at the National Gallery of Victoria in 2012. This spectacular exhibition explores the first 20 years of Linda Jackson’s career when she established herself as one of Australia’s pre-eminent creative fashion designers.

Over the past four decades Jackson has played a significant role in the development of a distinctly Australian approach to fashion. Working outside the traditional boundaries of Western fashion, Jackson’s wide-ranging interest in 20th century art and design, traditional cultures and her love for the Australian bush have inspired and sustained her creative output.

“The NGV is the first Australian public gallery to exhibit a solo show of Jackson’s ground-breaking work. Linda Jackson Bush Couture is an exciting exhibition that celebrates her unique and highly creative work as an artist and designer. This beautiful fashion exhibition is a highlight of the NGV’s 2012 exhibition program and a must-see for art lovers, fashionistas and anyone who has been captivated by the Australian bush.”

This comprehensive exhibition comprises over 35 works and is drawn from the NGV Collection and the artist’s own archive. Linda Jackson Bush Couture features seminal works created by Jackson from the mid-1970s to the 1990s, including a number of rare and unique early pieces which embody the dynamic period during which she defined her style.

“Jackson’s keen eye for colour and composition underpins her work and photographs have played an important role in the realisation and final expression of her designs. By placing her creations back into the landscape which inspired them, whether they be a sculpted flower dress or an outfit steeped in red ochres, Jackson’s works become a creative extension of the natural environment.”

Jackson devised unique forms of clothing that evolved beyond the sphere of seasonal trends; defying the limits of Western fashion by drawing on an eclectic mix of influences from India, Africa, Asia and Australia.

Jackson studied fashion design at Emily McPherson College in 1966 and photography at Prahran Technical College in 1968. By the late 1960s Jackson had begun to develop her life-long interest and respect for indigenous cultures and their arts, travelling many times to Asia, Africa, Papua New Guinea and Central Australia where she has continued to visit throughout the years.

In her early collections Jackson used a selection of vintage fabrics including printed cotton and luxurious silks to create sundresses, playsuits and evening wear with a nostalgic twist. Working closely with Jenny Kee, the duo were awarded winners of the Innovators category at the Fashion Industry of Australia’s Lyre Bird Awards in 1977.

Jackson and Kee also took their collections to Milan, Paris and New York. Italian Vogue writer Anna Piaggi was captivated by the originality of their collections and under the heading ‘Australian Graffiti, fashion arrived from another hemisphere’, she identified a new exoticism heralding from the southern shores.

To complement Linda Jackson Bush Couture a wonderful range of programs have been developed. Visit ngv.vic.gov.au for more information.

A comprehensive publication with an essay from Curator, Australian Fashion & Textiles, Laura Jocic, will accompany this stunning exhibition. RRP$ 14.95