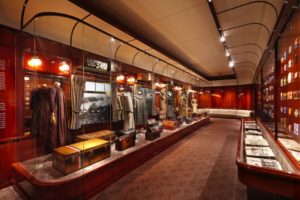 As a preview to the upcoming Shanghai edition of the “Volez, Voguez, Voyagez – Louis Vuitton” exhibit, the Maison has created a short film where flight, the first of the referenced mode of travel, is used to trace the itinerant show’s journey around the world. After its inauguration in Paris and stops in Tokyo, New York, and Seoul, the exhibit has arrived in the largest city in China.