Love is Love: Wedding Bliss for All a la Jean Paul Gaultier (Touring) 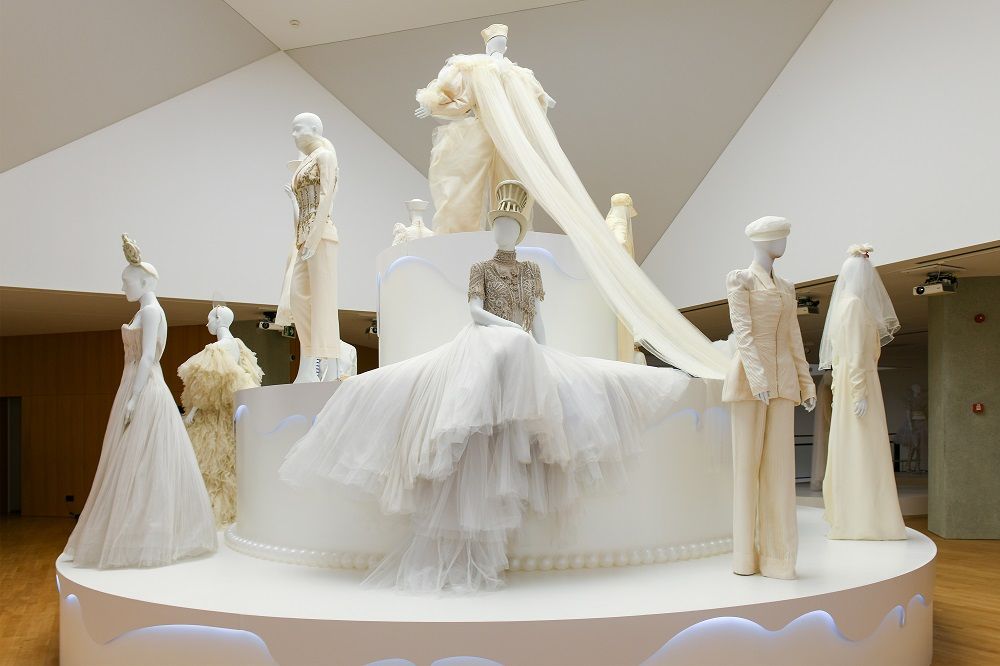 Jean Paul Gaultier’s haute couture wedding dresses continue to spread love around the world, this time in Europe. The Montreal Museum of Fine Arts (MMFA) is proud to announce the premiere of Love Is Love: Wedding Bliss For All à la Jean Paul Gaultier at the Museum of Contemporary Art in Belgrade (MSUB), Serbia, where it will be on display until March 2021. Designed, produced and circulated by the MMFA in collaboration with Maison Jean Paul Gaultier, the exhibition already attracted more than 250,000 visitors during its run at the Centro Cultural Kirchner in Buenos Aires in 2018 and at the MMFA in 2017.

“I am thrilled to collaborate with the MSUB for what will be not only Jean Paul Gaultier’s first exhibition in Serbia, but also the first international fashion exhibition in the country! Now, more than ever, I feel this exhibition is important for the strong social message of freedom, tolerance and resilience it delivers. This premiere also marks the end of his haute couture career and celebrates how during fifty years, he showed his creative and provocative work with humour, that revealed a humanist vision of society as he embraced all cultures and subcultures without any taboos or judgment to portray us as we are only one, beyond fashion,” said exhibition curator Thierry-Maxime Loriot.

Love Is Love: Wedding Bliss For All à la Jean Paul Gaultier showcases the French couturier’s matrimonial designs for couples of all genders and all orientations. The bold silhouettes and refined craftsmanship of the remarkable pieces on display reflect the genius of an extraordinary creator and the virtuosity of his couture workshops.

The Belgrade edition of the exhibition – 16th collaboration between Maison Jean Paul Gaultier, MMFA and Thierry-Maxime Loriot – features 38 couture and prêt-à-porter bridal dresses and outfits created by Gaultier between 1991 and 2020, including eight pieces from his final haute couture collection for spring-summer 2020, entitled Fifty years? Get out of here! This collection marked the designer’s official retirement after 50 years in the fashion industry. After his farewell couture show in Paris, Gaultier left Maison Jean Paul Gaultier to pursue other artistic projects. Completing the Belgrade exhibit is a video of the performance piece Another Feature in Her Bonnet, created by Cree artist Kent Monkman with the participation of Jean Paul Gaultier as part of the MMFA exhibition. The work celebrates the symbolic artistic union between the French designer and Monkman’s alter ego, Miss Chief Eagle Testickle.

Love Is Love bears witness to the ongoing commitment of Jean Paul Gaultier and the MMFA to promote the acceptance of diversity and to continue the fight against homophobia. The show’s title is an allusion to the speech given by Barack Obama, then-president of the United States, on June 26, 2015, regarding the legalization of homosexual marriage in all American states.