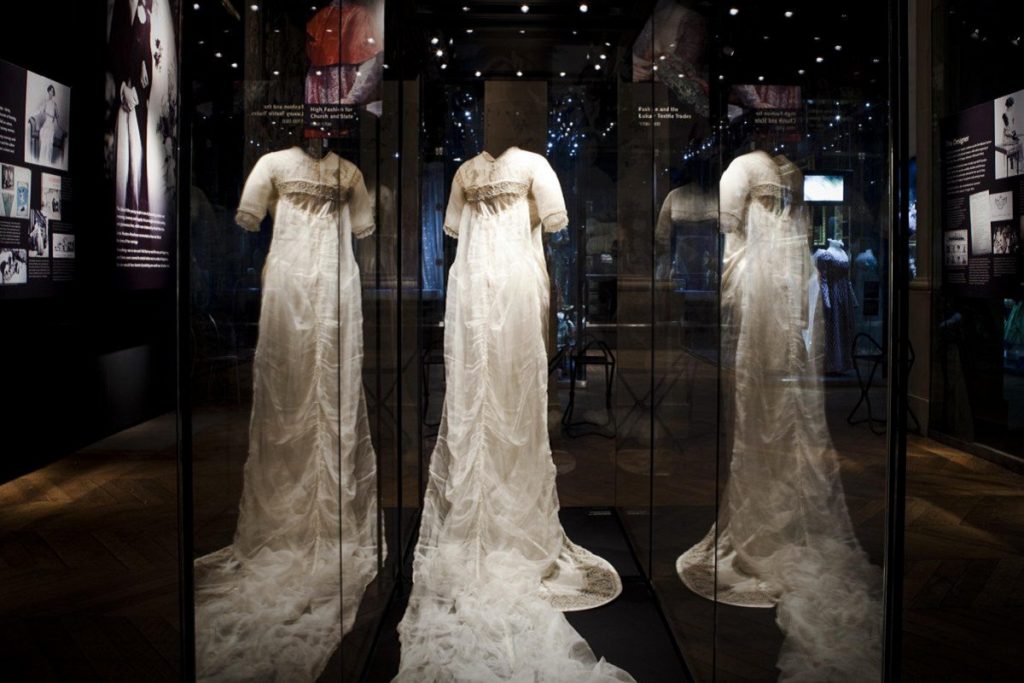 This exhibition featured a dress designed by Lucile which spotlights both the glamorous and dangerous worlds of 1912.

The fascinating story behind this exquisite wedding dress was revealed. Apart from Lucile’s escape from the Titanic in April, 1912, the exploits of the bride and groom on their honeymoon in June 1912 are equally incredulous.

This is a story of pioneering aviation and the bravery of a bride and groom, as well as an appreciation of a beautiful gown created by the foremost fashion designer of the time. Lady Duff Gordon, known as ‘Lucile’, had fashion houses in London, Paris and New York and was the first designer to stage fashion parades using beautiful models.

This creation, a seductive mix of shimmering soft satin, pearls and diaphanous layers exemplifies her signature style at the height of her career. Cecil Beaton considered that the Lucile ‘creations of this period are surely the loveliest….. drapery of filmy chiffon was weighed down with embroidery of almost incredible delicacy’.