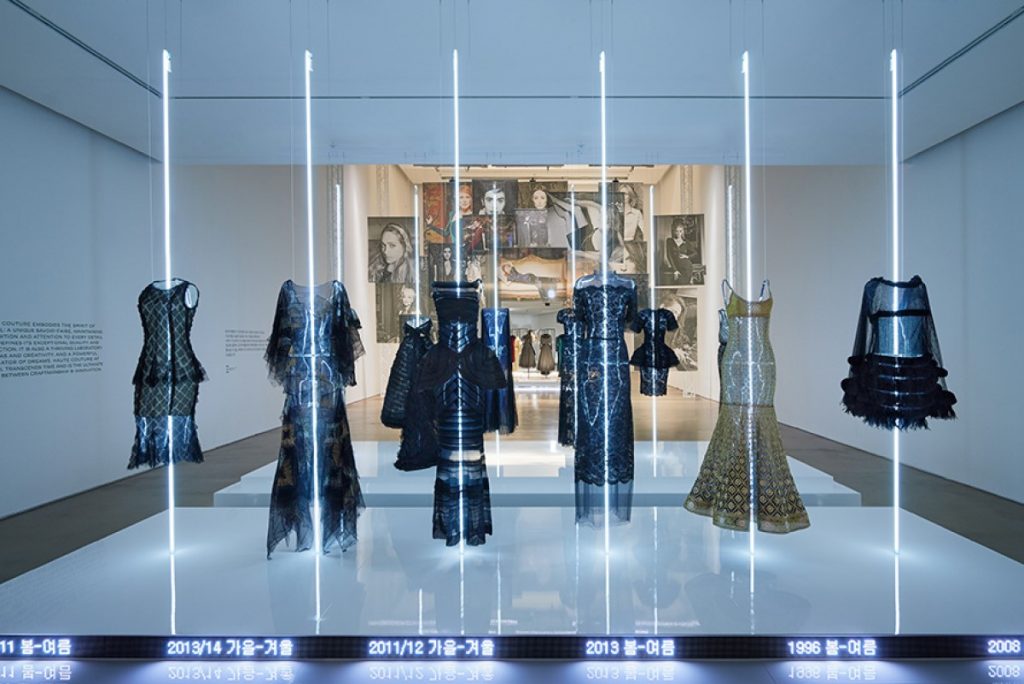 From June 23-July 19 2017, CHANEL will present the next stage of the MademoisellePrive exhibition. This experience captures the audacity and energy of the brand, the brilliance of Karl Lagerfeld’s creative vision on the story of Gabrielle Chanel and his take on CHANEL’s codes, symbols and icons projected into the future.

Mademoiselle Prive Seoul concentrates on Haute Couture designs by Karl Lagerfeld, the re-editions of Gabrielle Chanel’s one and only High Jewellery collection ‘Bijoux de Diamants’created in 1932, the legendary CHANEL N°5 ‘fragrance, and further pep up the adventure into the origins of CHANEL’s creations.

EXHIBITION FEATURES
LEVEL M1
Through a series of instalments, level M1 dazzles with Gabrielle Chanel’s influence. The graphic Deauville room which evokes her very first boutique opened in 1913 in France. The next area celebrates exceptional totems referencing the House’s codes and symbols that were dear to Gabrielle Chanel and are continued by Karl Lagerfeld.

The third room is dedicated to CHANEL N°5 created by Gabrielle Chanel in 1921, and evokes the key ingredients of the iconic fragrance. The M1 level ends with a Sensory room recalling the craftsmanship of CHANEL’s Haute Couture workshops.

In the next space, Karl Lagerfeld’s portraits of seventeen actresses, models and friends of the House of CHANEL from Kristen Stewart to Lily-Rose Depp, wearing Haute Couture and re- editions from the ‘Bijoux de Diamants’collection are in constant movement.

Visitors will end this journey with a series of portraits of friends of the House, wearing the ‘Bijoux de Diamants’ collection and the screening of short movies directed by Karl Lagerfeld.