Marie Antoinette. The Oscar-Winning Costumes of a Queen 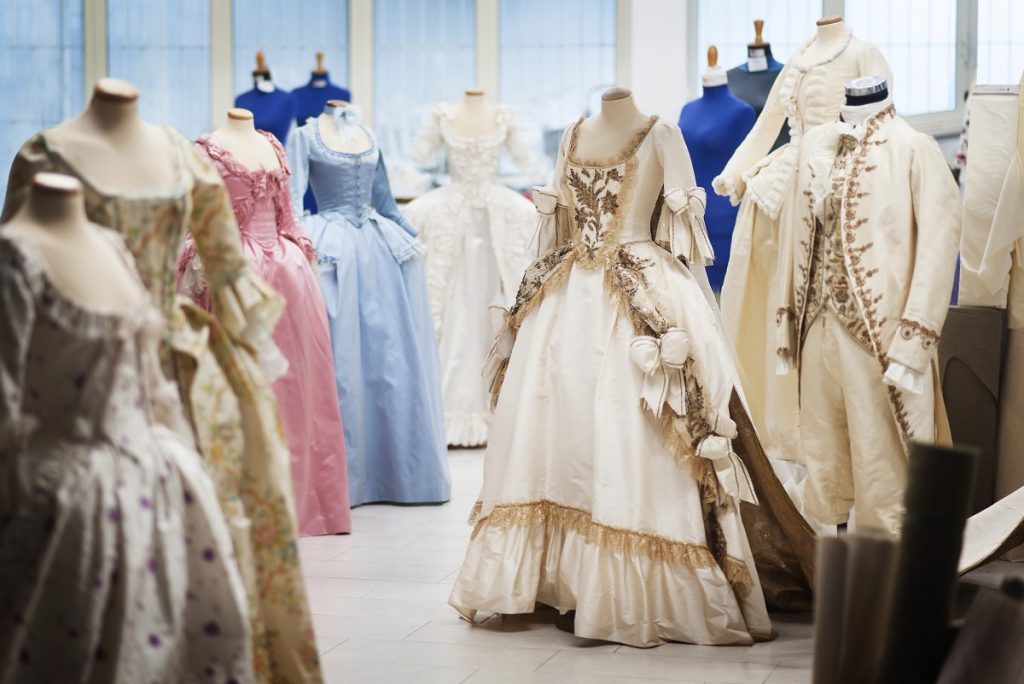 The Museum’s 2018 season opens with a major exhibition dedicated to the costumes from the film Marie Antoinette by Sophia Coppola. Milena Canonero, a world-renowned costume designer, created these extraordinary garments and won an Oscar for this production in 2007.

Critics consider the costumes to be the best cinematographic reinterpretation of eighteenth-century apparel ever created. The exhibition is organised in collaboration with Sartoria The One, the youngest cinematographic and theatrical production workshop in Rome that houses a vast heritage of clothing that illustrate the story of Italian and foreign television shows, theatre performances and films.

Over twenty magnificent men’s and women’s garments worn by the main characters of the film are displayed on a large platform that generates a strong scenographic impact. It is a visual metaphor that follows the life of the Queen whose clothing was her calling card at the European courts, beginning with her arrival at the French court up until her tragic descent.

The itinerary combines with the exhibition in progress in the Historical Textile Room – “Whimsy and Reason. Elegance in Eighteenth-Century Europe,” dedicated to the evolution of style and fashion in the eighteenth century and organised in collaboration with the Uffizi Galleries and the Stibbert Museum in Florence. The concurrent display of original clothing and textiles from the eighteenth century alongside cinematic reinterpretations in the exhibition spaces of the Museum offers visitors a unique itinerary to discover the fashion of an extraordinary century and full of innovations such as Lumi.

The exhibition is supported by ESTRA, a Tuscan holding company which is one of the top ten industrial groups for the supply of energy within Italy.