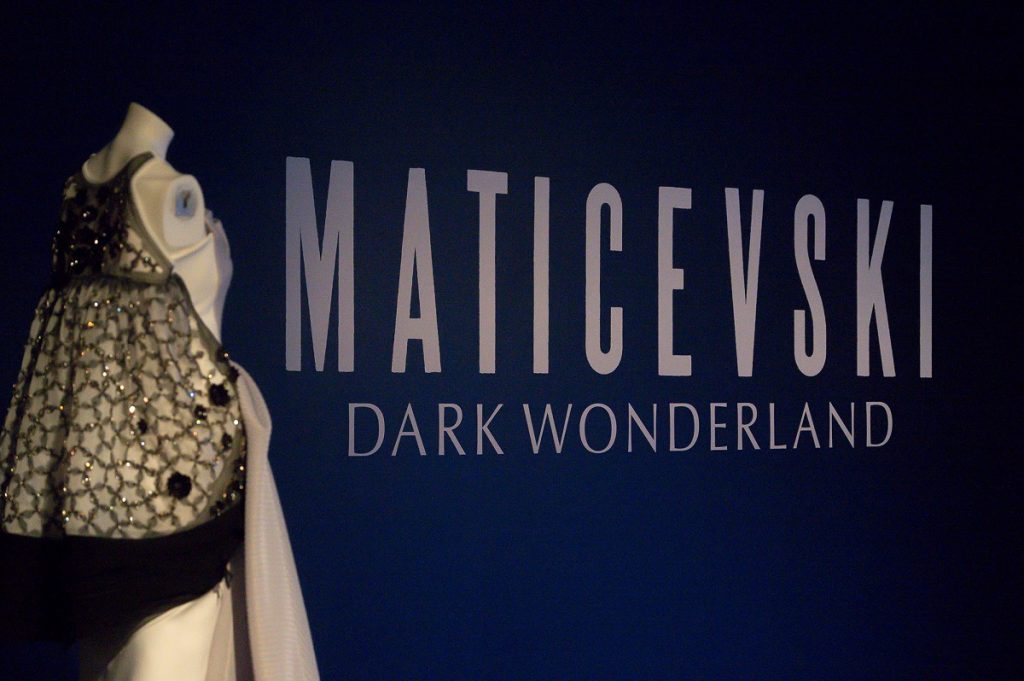 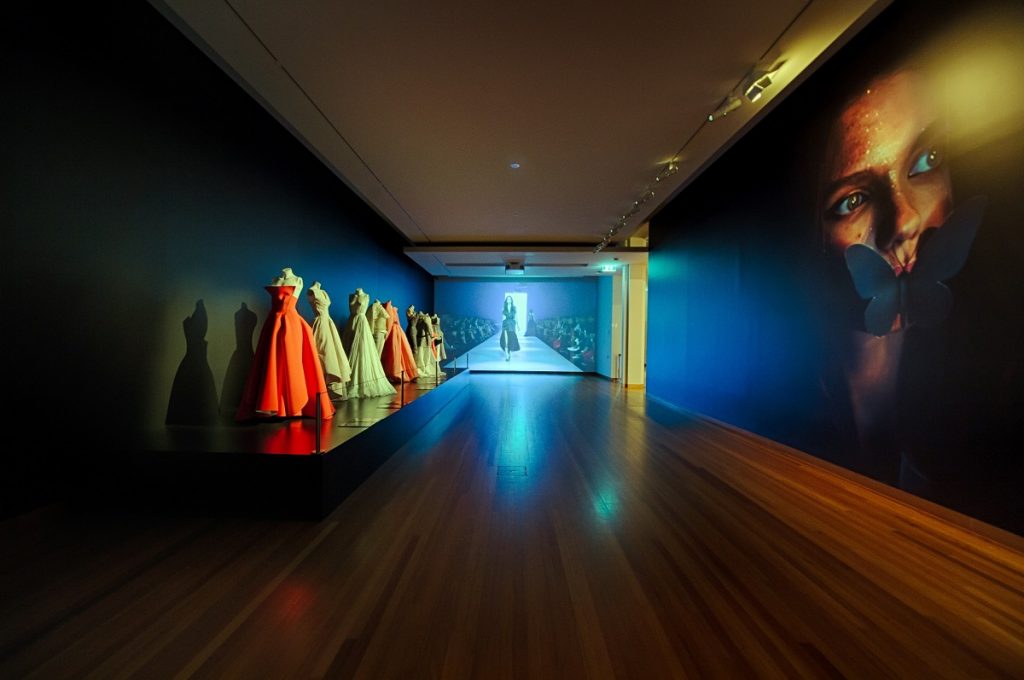 Renowned Australian designer Toni Maticevski has achieved international acclaim for his masterful approach to the manipulation of traditional fashion silhouettes and innovative use of materials and fabrics. His unique skill indressing the female form and his collaborations with the performing arts speak to his dexterous ability to morph, adapt and defy the perceived boundaries of fashion.

In this major exhibition, selected objects will be presented to illustrate the evolution of Toni Maticevski’s oeuvre, exploring his early influences through to his inspiration and recurrent themes in his current practice.

Maticevski has collaborated with institutions such as Phillip Adams BalletLab, designing costumes for two productions, Miracle (2009) and Aviary (2011) for which he won a Helpmann Award (with milliner Richard Nylon). He contributed to campaigns for The Australian Ballet (2009) and in 2013 he was selected for the National Gallery of Victoria’s ambitious exhibition Melbourne Now. Other collaborations include Dinosaur Designs, Sydney Dance Company, and Autore South Sea Pearls. He is represented in the collections of the National Gallery of Victoria, Powerhouse Museum Sydney and the Fashion Institute of Design and Merchandising in Los Angeles (FIDM), and numerous private collections.

The exhibition at Bendigo Art Gallery presents an opportunity to view Maticevski’s practice in a gallery context; a wonderland of design, experimentation, colour, creativity and beauty. With an almost obsessive approach to detail and control of materials, the curated selection is sourced almost entirely from Maticevski’s extensive personal archive, and reveals the breadth of his oeuvre.  Elegant and ethereal objects contrast with bold sculptural garments, with his essentially restrained, muted palette punctuated by considered flares of colour. The exhibition includes objects from Maticevski’s early practice through to his most recent designs, in addition to a significant work created exclusively for the culmination of the display. Highlights include the Monaco Gown worn by Crown Princess Mary to the 80th birthday celebration of her father-in-law Prince Henrik of Denmark, and the specially commissioned gold and silver lamé gown worn by Jessica Mauboy for Eurovision 2014. Maticevski’s collaborations with key institutions are also represented, with costume from the Phillip Adams BalletLab production Aviary (2011) for which he won a Helpmann Award with milliner Richard Nylon, and designs for The Australian Ballet and Sydney Dance Company. Maticevski’s foray into jewellery design is acknowledged with a selection of his work for Dinosaur Designs, in addition to an extraordinary gold toggle neckpiece that was featured in his Resort 2017 presentation at Fashion Week Australia.

Maticevski’s archive reveals the designer’s relentless drive to create. His ability to challenge and reinvent techniques and to push the possibilities of fabric is mesmerising, and it is this uncommon thread that weaves its way through each of his collections. His selection and control of seemingly impossible cloths — think bonded neoprene, a material associated more with wetsuits than evening gowns — demonstrates his ability to masterfully engage with contemporary materials, and elegantly juxtapose these with his use of more traditional fabrics.  The use of diverse textures, embellishments and layering all contribute to Maticevski’s signature look, which appears balanced and effortless.

Maticevski creates by drawing on his own intuition and motivations. Rather than prescriptively referencing moments and elements in fashion and art history which have resonated for him, the designer prefers to rely on his instincts and remains unencumbered by restrictive assertions about influences and directions. He keeps things fluid and organic, and this is reflected in the fabrics and structures he controls. Expanses of luxurious fabric are contradicted by seemingly unthinkable combinations of texture and materials — perfectly imperfect.  Beautifully crafted, Maticevski’s practice reflects his love of the past balanced with cutting edge innovation, presenting us with garments that are completely contemporary and beautiful to wear.

Maticevski has balanced art and fashion throughout his career with his unique aesthetic, and in presenting Maticevski: Dark Wonderland, Bendigo Art Gallery continues its commitment to diverse exhibition programming.