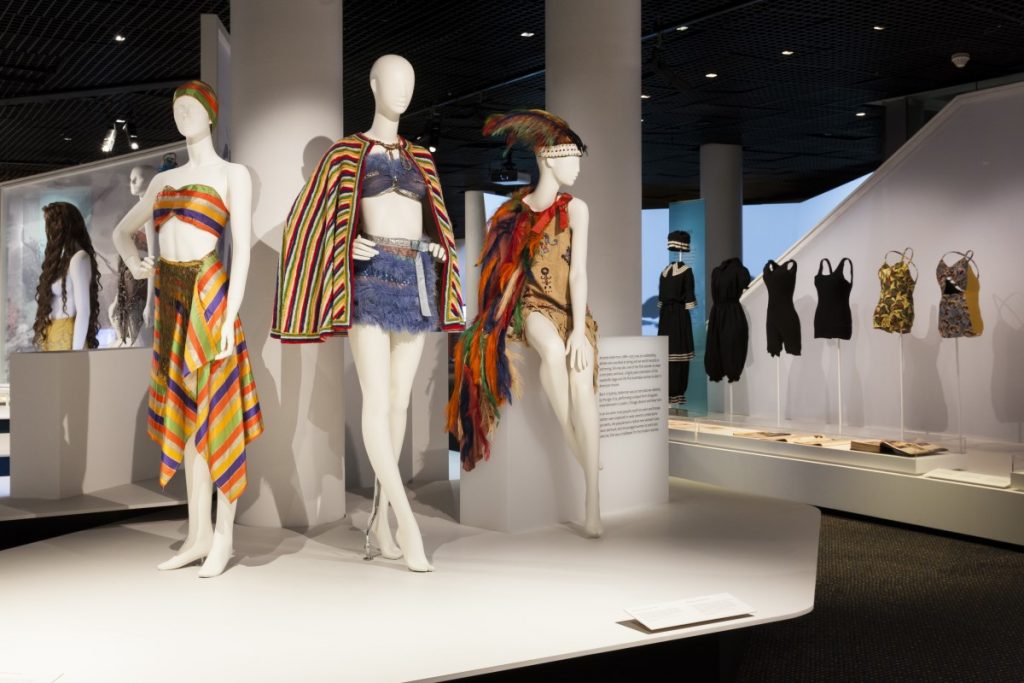 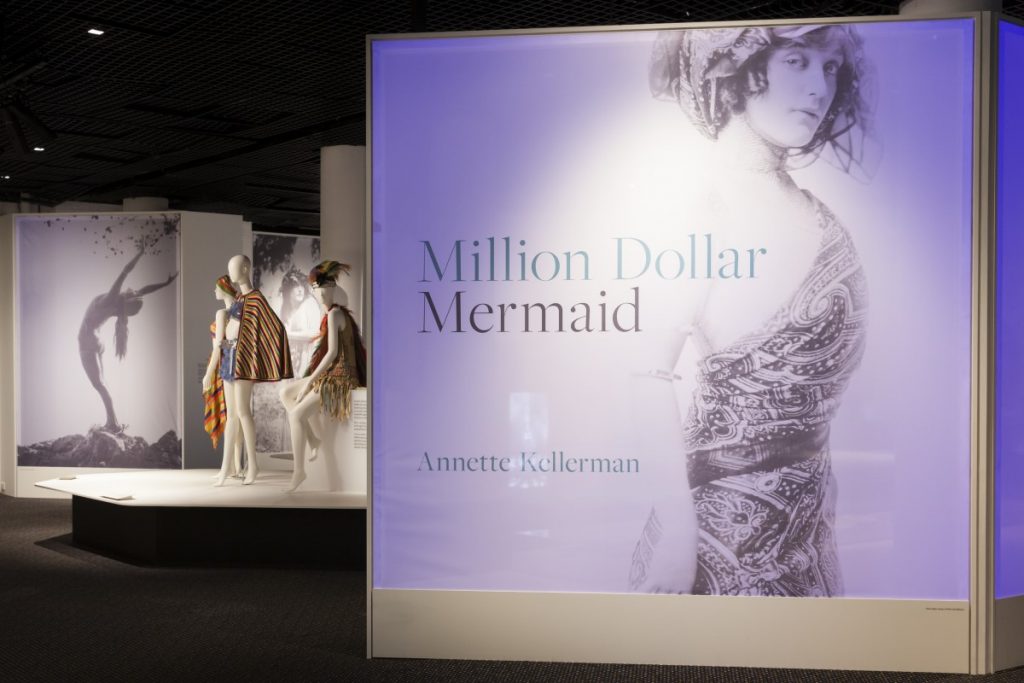 Annette Kellerman pioneered competitive swimming for women, starred in American silent films, published books and inspired generations of women. Her life and achievements will now be honoured in a new exhibition, Million Dollar Mermaid: Annette Kellerman, at the Powerhouse Museum from 10 August 2016.
Museum of Applied Arts and Sciences (MAAS) Director, Dolla Merrillees, said the exhibition shines a light on an important local personality.

“Annette Kellerman’s story has become legendary. She achieved an astonishing level of success, both at home and abroad, becoming an international celebrity as a swimmer, vaudeville entertainer, film star and a pioneer of women’s health and fitness. Her fame earned her the titles ‘The Australian Mermaid’, ‘The Diving Venus’ and ‘The Perfect Woman.’ This exhibition invites visitors to dive into the inspiring and entertaining story of this incredible Australian.”

Drawing extensively from the Museum’s performing arts collections and curated by Peter Cox the Million Dollar Mermaid exhibition will showcase Kellerman’s personal collection of costumes, photos, memorabilia and film footage. Highlights include various styles of her one-piece swimsuits, stage outfits and a spectacular costume from the Hollywood biopic Million Dollar Mermaid, in which Esther Williams portrayed Kellerman. The exhibition will include footage from the National Film and Sound Archive of Australia’s collection, showing Annette Kellerman performing an underwater adagio ballet in 1939. Multimedia artist collective 66b/cell has developed a visual installation with projection mapping where visitors will experience the beauty and artistry of Kellerman’s underwater performances in an immersive, sensory environment.

Born in Sydney in 1886, Kellerman took up swimming as a young child. She became a teenage champion, excelled at diving and set world records in swimming. Having outgrown the pools of Sydney and Melbourne, Kellerman relocated to London aged 18.
She made headlines for her marathon swims in the Thames, Seine and Danube rivers and was the first woman to attempt to swim the English Channel. At a time when female swimmers were expected to wear cumbersome garments, she defied convention with her practical self-styled one-piece swimsuits, one of which she created by sewing stockings onto a men’s bathing suit.

As her star rose, Kellerman developed a vaudeville act which she performed in England and the United States. It combined diving, swimming and graceful underwater ballet with the elaborate staging of tanks, waterfalls and slides, supported by a large cast of water nymphs performing routines that foreshadowed synchronised swimming.

Kellerman starred as a mermaid character in a series of feature films and performed her own dangerous stunts. She wrote self-help books titled How to Swim and Physical Beauty: How to Keep It, and began a health food business after retiring from performing.

An unmissable exhibition paying homage to an extraordinary Australian, Million Dollar Mermaid will be on display at the Powerhouse Museum until 2017.