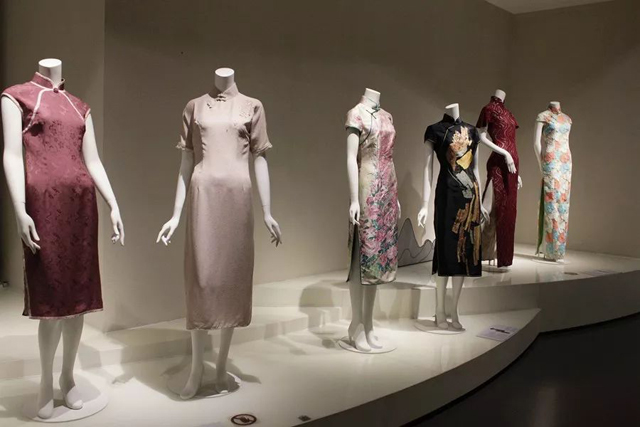 Qipao started to appear as a traditional style of long gown worn by Chinese women in the Republic period. It originated in the late Qing dynasty and took shape in Shanghai. It rose in the 1920s and was popular in the 1930s and 1940s. It is still popular with Chinese people all over the world and has become the iconic clothing for Chinese women on the international stage.
Since 2017, Hangzhou has started to hold the Hangzhou Global Qipao Festival, which aims at the cross-boundary interaction between culture and tourism, tradition and fashion, art and life, China and the world. Thus, China National Silk Museum has started the Global Qipao Invitational Exhibition.

This exhibition has taken more than one year to prepare, invited more than 30 famous fashion designers, installation artists and inheritors of intangible cultural heritage from ten countries including the United States, UK, France, Russia, Norway, Japan, South Korea, Indonesia, Mexico and China to produce more than 40 pieces of Qipao. The exhibition has taken landscape as its theme, qipao as the shape, with the characteristics of regional culture as the background, with the designer’s expertise in the field as point of view, based on tradition, combined with new technology, to create a fashionable new qipao style. We hope that the audience can broaden their vision and be enlightened after the visit, so as to create a new way for innovative inheritance and creative development.