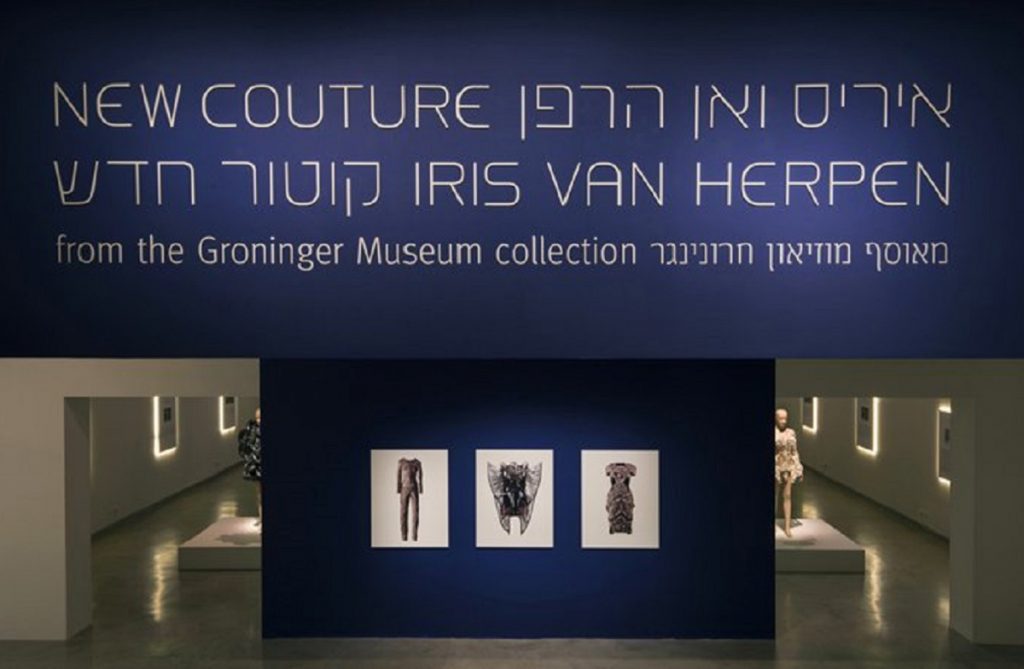 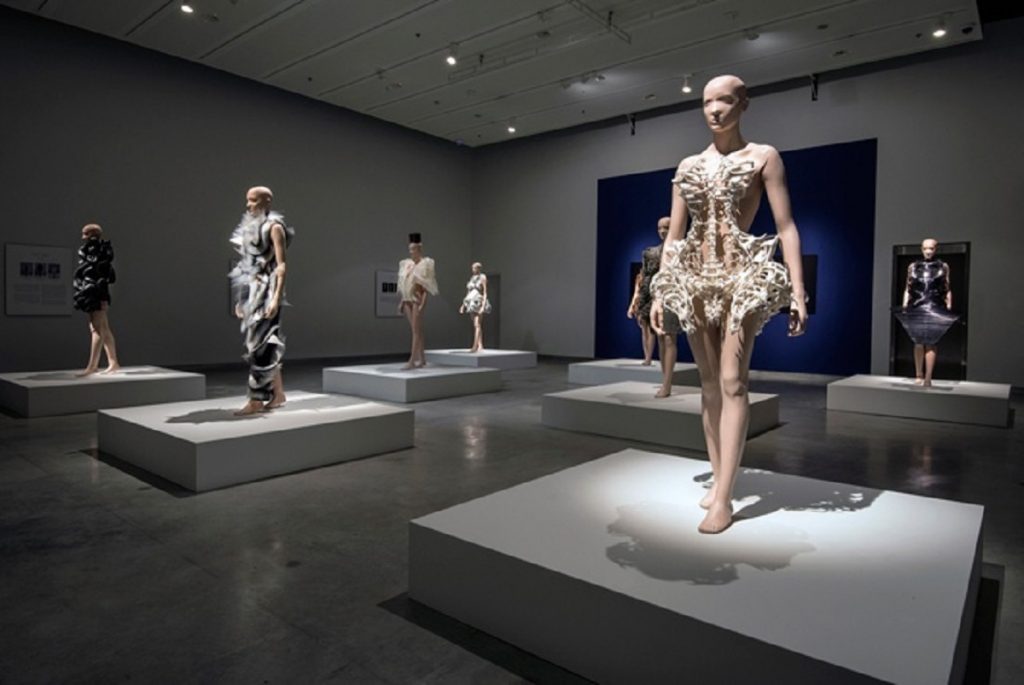 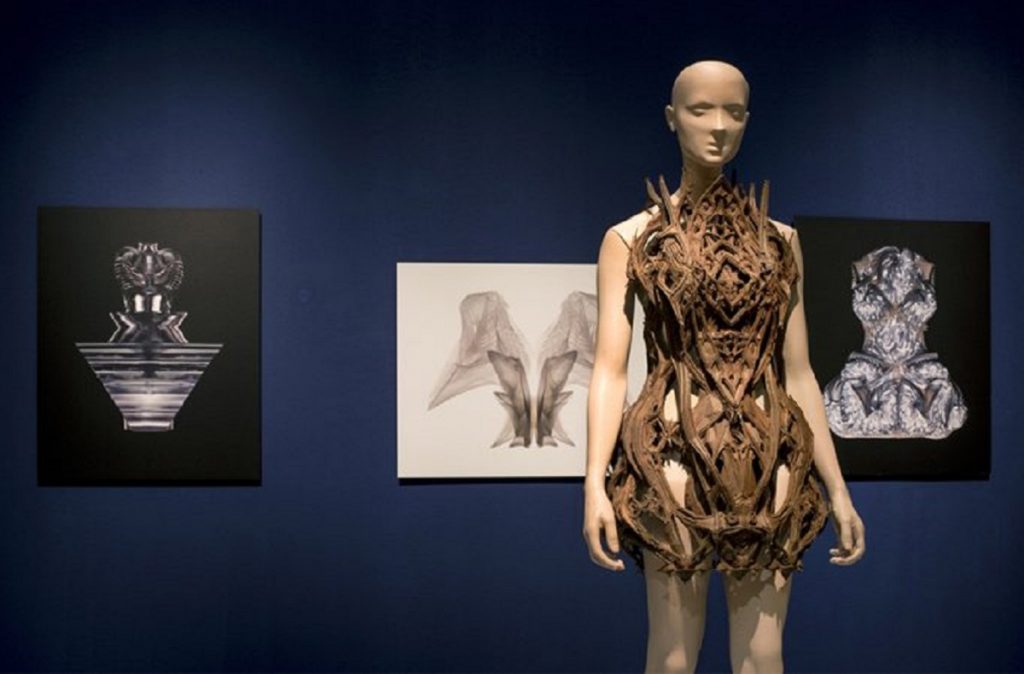 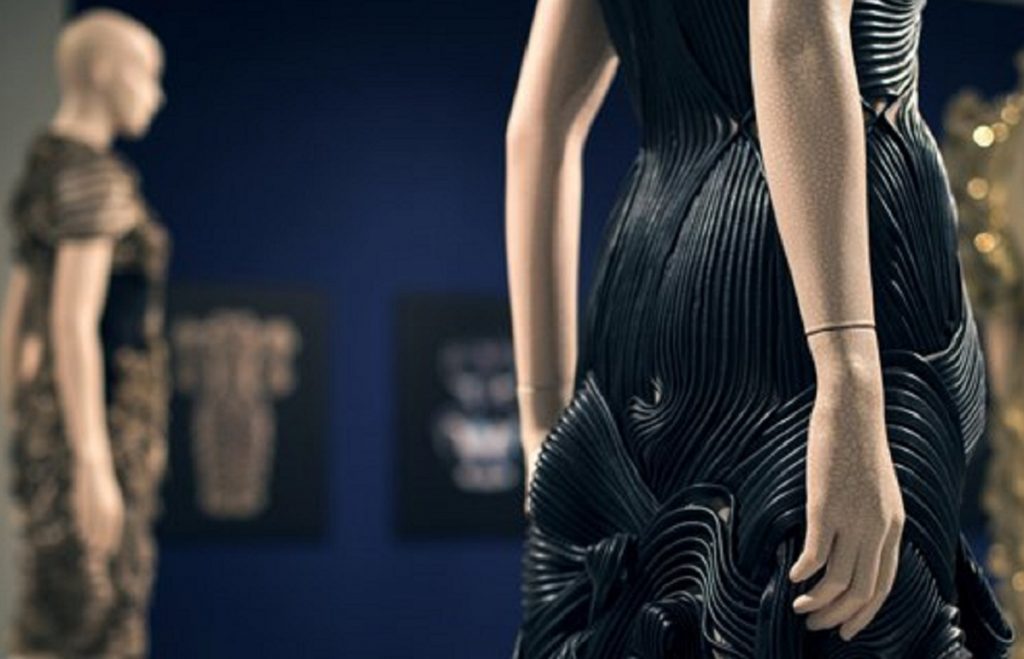 A solo exhibition of Dutch fashion designer Iris Van Herpen who is known for her sophisticated, sculptured garments that are influenced by 3D printing technology.

Iris van Herpen (Wamel, 1984) is one of the most striking young fashion designers of this moment. This exhibition displays a selection from her collections ranging from 2007 to the present day. Van Herpen graduated from the ArtEZ Hogeschool voor Kunsten (ArtEZ Institute of the Arts) in Arnhem, did an internship with Alexander McQueen among others, and started a label under her own name in 2007. A year later, she was nominated for the prestigious Createurope: The Fashion Academy Award. Her outfits appeared in fashion magazines such as Vogue, Numero and Dazed and Confused. In conjunction with United Nude, she launched a limited-edition shoe line in 2010. In 2011 Van Herpen became a member of the prestigious Chambre Syndicale de la Haute Couture.

Iris van Herpen is renowned for her remarkable outfits in which she combines traditional craftsmanship and zealous handwork with innovative techniques such as 3-D printing. Her choice of material is also extraordinary: specially processed leather sorts, synthetic boat rigging and the whalebones of children’s umbrellas. With these she creates visually astonishing sculptures, often with an unusual silhouette, which appear both organic and futuristic and tend to slightly confuse the viewer. Van Herpen regards fashion as a form of self-expression, and in this context, wearability is not her point of departure. The representation of her imagination and deliberations are key to the designer. She allows herself to be guided by intuition and the creative process.

Each collection has its own narrative. For instance, Radiation Invasion is about the invisible radiation and signals all around us that make telecommunication possible. The Synesthesia collection has a neurological phenomenon as its starting point, where a mingling of sensory perceptions occurs. There are people who can ‘see’ music, for example, or can ‘taste’ colours. For the Micro collection, Van Herpen drew inspiration from the world of micro-organisms.

Van Herpen’s work harmonizes with an important field of interest in the Groninger Museum, namely, the interface of art, design and fashion. The works that the Groninger Museum acquires in this domain are museum pieces with sculptural and conceptual qualities that stimulate further reflection on the phenomenon of fashion. The Museum has already purchased a large number of Van Herpen’s outfits. These are designated on the accompanying texts in the exhibition room.

This exhibition is organized by the Groninger Museum, the Netherlands.

This exhibition is supported by the Embassy of the Kingdom of the Netherlands in Israel.

The project has been made possible in part by a grant from the Creative Industries Fund NL.