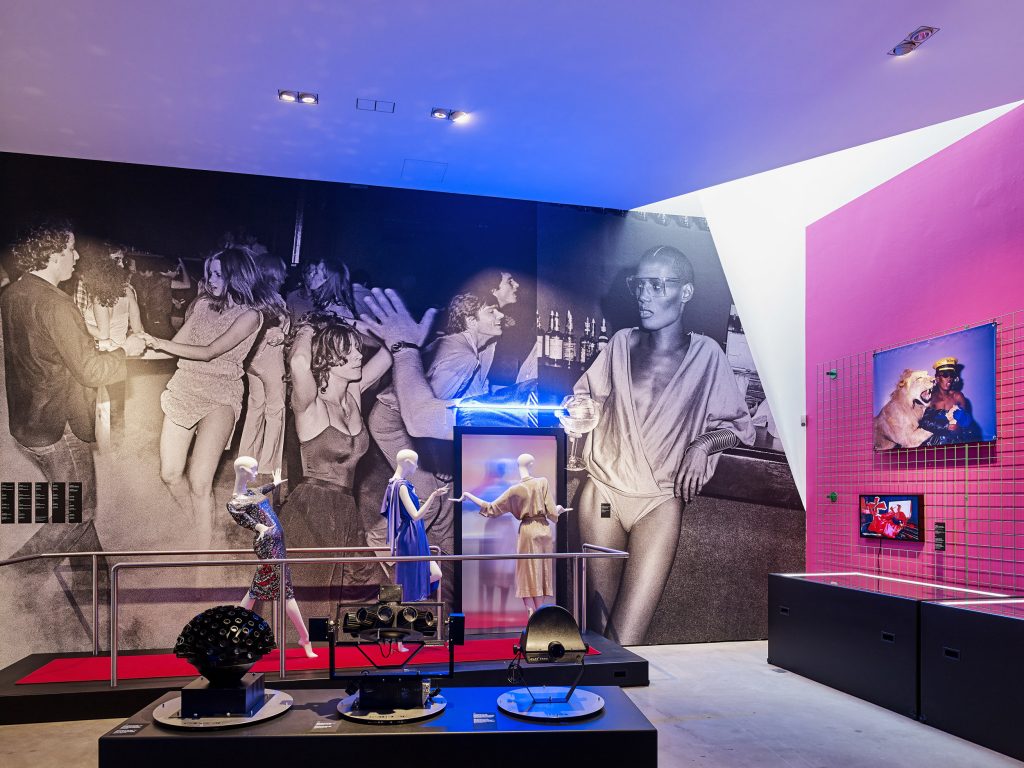 Nightclubs and discothèques are hotbeds of contemporary culture. Since the 1960s, they have been centres of the avant-garde that question the established codes of social life and experiment with different realities. The Vitra Design Museum is currently showing the first comprehensive exhibition on the design history and cultural context of the nightclub. We gathered some comments.

1.
Nightclubs and discothèques are hotbeds of contemporary culture. Since the 1960s, they have been centres of the avant-garde that question the established codes of social life and experiment with different realities. The Vitra Design Museum is currently showing the first comprehensive exhibition on the design history and cultural context of the nightclub. We gathered some comments.

2.
The designer Konstantin Grcic was responsible for the exhibition design.

Which nightclub is the most legendary, in your opinion?
The Haçienda in Manchester was the club that made the strongest impression on me personally. I was there in the early ’90s, so right at the peak of the Madchester rave scene. The club was a large warehouse with an interior painted in light blue, which the designer Ben Kelly turned into a huge urban stage using bollards and hazard stripes from construction zones.

3.
Does the interior of a nightclub have a direct impact on the quality of a party?
To stay with the example of The Haçienda: of course the music and people were what made the party. But the interior also played an important role, because it functioned as a kind of projection screen for the club’s identity. The interior was an artificial, artistic stage, but it was constructed with familiar props from real life. Ben Kelly himself described his design as ‘a people’s place’.

1. Space Electronic, Florence, 1969-today
Using discarded laundry drums as stools and a parachute for a roof, revellers celebrated during the late 1960s at Space Electronic, a club that was more than just a disco – featuring makeshift furniture, a flexible interior layout, videos and live performances.

2. Paradise Garage, New York, 1977-1987
When it came to the ultimate sound experience, the Paradise Garage set new standards with its 10,000-watt sound system. It attracted such artists as Madonna, who gave her first performances here, and Grace Jones, who sang ‘Slave to the Rhythm’ covered in body paint applied by Keith Haring.

Tresor, Berlin, 1991-today
After the fall of the Wall, anyone in Berlin who wanted to lose themselves in early Detroit techno went to Tresor, located in the former vault of the Wertheim department store, where they sweat to the ‘soundtrack of reunification’ between thick concrete walls and metal safes.

Co-Curator Catharine Rossi points out a special aspect of the exhibition, a topic that has been largely ignored up until now: the Italian nightclub scene.

In the exhibition we focus on several nightclubs designed by architects associated with Radical Design, an architectural avant-garde movement in Italy during the 1960s and 1970s. These clubs stand out as experiments in what a liberated, participatory architecture could achieve in the 1960s, and they are also notable for their multidisciplinary, multimedia nature. I have a long-standing interest in the history of Italian postwar design and architecture, particularly those stories, people and perspectives that have been overlooked in this celebrated period of Italian history – such as nightclubs.