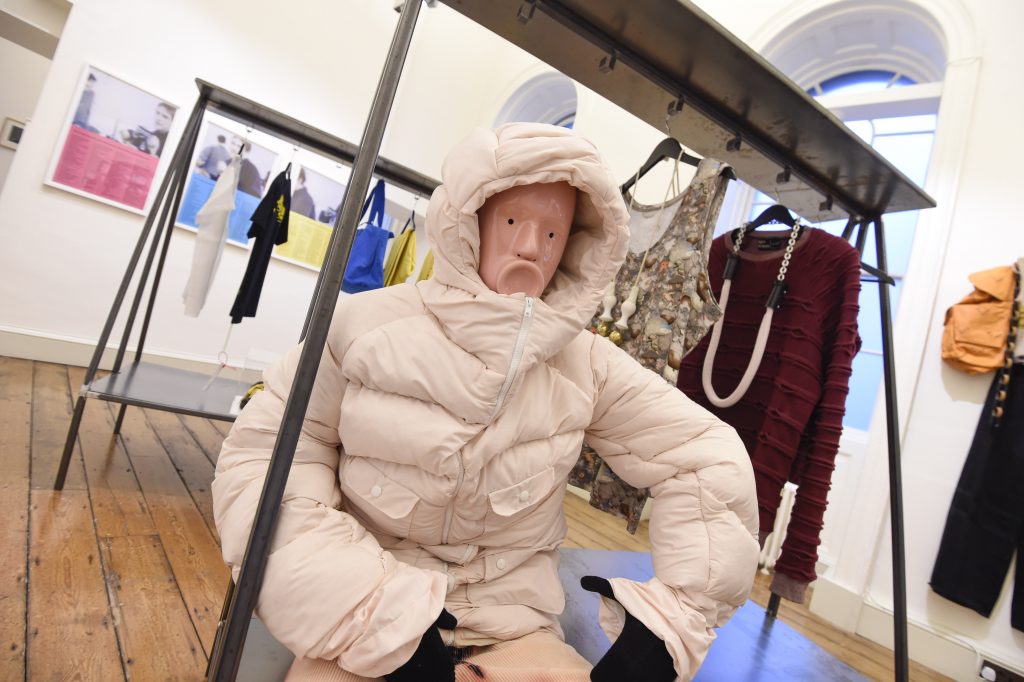 This winter, Somerset House is proud to present North: Fashioning Identity, an exhibition examining representations of the north of England and Northerners in photography, fashion and art.

In the exhibition, contemporary photography, fashion collections and multimedia artworks will sit alongside social documentary film and photography, highlighting how the realities of life in the north of England captured in the 20th century continue to influence new generations of photographers, artists and designers.

The show unpicks the themes and tropes present in these collective visions of northern England, from Berwick-upon-Tweed to Birkenhead, Doncaster to Preston, considering why these regions, or representations of these regions, are increasingly a source of inspiration and still so idealised today.

Many of the works offer personal reflections on the artist’s sense of northern identity, including a number of interview films, produced by SHOWstudio, with northern born-and-bred talent on how their homes have influenced their creative output over the years.   Specially commissioned for the show, the exhibition will also feature ‘Infinity’, a new film by Doncaster-born photographer Alasdair McLellan, in which he revisits the sites of his youth.

However it is not just homegrown creatives, but also admirers from further afield who are shaping and spreading narratives of the North. The international impact and far-reaching resonances of northern style and culture – its music, film, sport, fashion, landscapes and communities – are also showcased in the exhibition, from Belgian-born Raf Simons’ parkas with Peter Saville prints to the Haçienda-inspired designs of American fashion designer and creative director of Off White, Virgil Abloh.

Curated by writer, independent curator and SHOWstudio editor-at-large Lou Stoppard and Adam Murray, lecturer at Manchester School of Art and Central Saint Martins, and in partnership with Liverpool’s Open Eye Gallery, the exhibition will be expanded at Somerset House to include over 20 new works and a new design.

North: Fashioning Identity Events
Alongside the show, a series of stimulating events will delve deeper into some of the stories told through the exhibition.  Highlights include:

Co-curators Lou Stoppard and Adam Murray reveal the inner workings of the exhibition, sharing the stories behind the initial development of the show, the integration of new works in its transition from Liverpool to London, artist relations and the complications of showcasing ‘The North’, considering the truths, the myths and the spaces in between.

The conversation will be introduced by Somerset House’s Exhibitions team and chaired by Sarah Fisher, Executive Director of Open Eye, the Liverpool gallery which originally exhibited the show.

Kicking off a new bi-monthly ‘in conversation’ series profiling the work and influences of Somerset House Studio artists, co-curator Lou Stoppard will lead a conversation between fashion designers Charles Jeffrey and Gareth Pugh, one of the contributors to North: Fashioning Identity.

Both designers are now based at Somerset House, but originally hail from Glasgow and Sunderland respectively.  The conversation will cover the pairs’ relocation from North to South and its impact on their networks and the cross-disciplinary collaborations that have brought them to the forefront of the fashion field.

About Somerset House
A unique part of the London cultural scene, Somerset House is an historic building where surprising and original work comes to life. From its 18th-century origins, Somerset House has been a centre for debate and discussion – an intellectual powerhouse for the nation. Somerset House is today a key cultural destination in London in which to experience a broad range of artistic activity, engage with artists, designers and makers and be a part of a major creative forum – an environment that is relaxed, welcoming, and inspirational to visit while providing a stimulating workplace for the cultural and creative industries.

Since its opening in 2000, Somerset House has built up a distinctive outdoor public programme including Skate, concerts, an open-air film season and a diverse range of temporary exhibitions throughout the site focusing on contemporary culture, with an extensive learning programme attached. In October 2016, Somerset House launched Somerset House Studios, a new experimental workspace connecting artists, makers and thinkers with audiences. The Studios provide a platform for new creative projects and collaboration, promoting work that pushes bold ideas, engages with urgent issues and pioneers new technologies. Somerset House is also one of the biggest community of creative organisations in London including The Courtauld Gallery and Institute of Art, King’s College London Cultural Institute and over 100 other creative businesses. It currently attracts approximately 3.4 million visitors every year. www.somersethouse.org.uk

About adidas
adidas is the original sports brand, driven by innovation and a call to action. We know that the mind and body can only take you so far.
Creativity is what fuels us ­ whether it’s on the field, on the court, or on the street, creativity is our inspiration. We are obsessed with helping athletes make a difference in their game, in their life, and in their world.  Because we believe through sport we have the power to change lives. Our focus is to create the best product, the best service and the best experience.

As photos becomes more and more embedded in everyday life, Open Eye Gallery promotes and celebrates the practice of focused, engaged photography. It also investigates the different ways photography is used to communicate today. A registered charity, Open Eye Gallery believes photography is for everyone and can be meaningful, informing our present and inspiring positive futures. Open Eye Gallery works with people to explore photography’s unique ability to connect, to tell stories, to inquire, to reflect on humanity’s past and present, and to celebrate its diversity and creativity. www.openeye.org.uk