Old Clothing and New Flag: Textiles and Costumes from the Collection of Shanghai History Museum 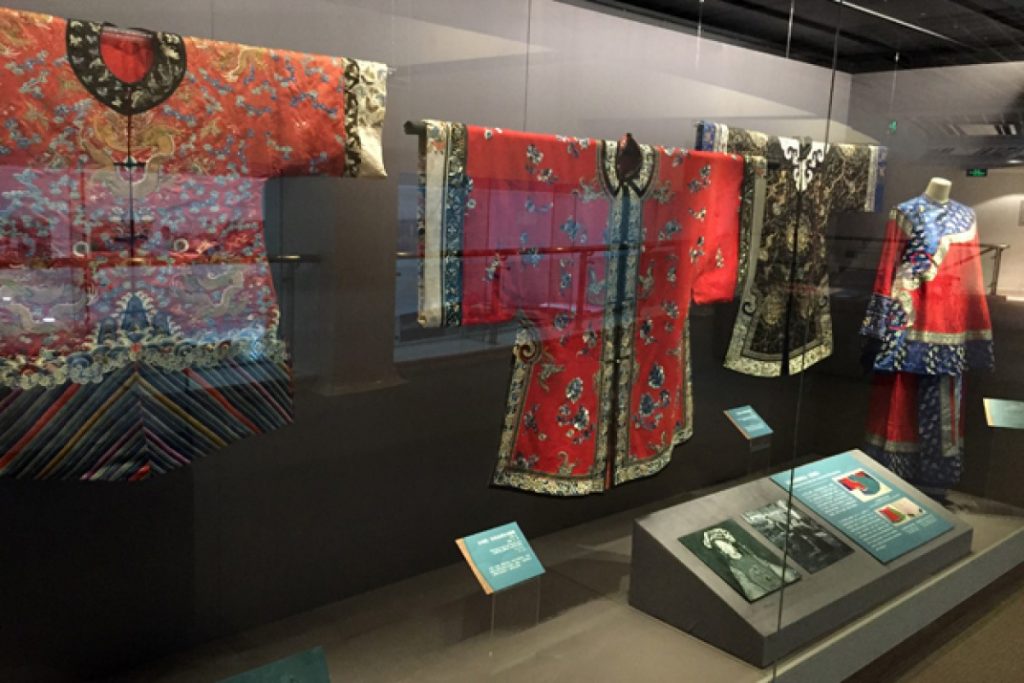 The Shanghai History Museum has collected textiles and costumes from Qing dynasty to the modern times, highlighting women’s costumes and social groups’ flags. All Mandarin’s dresses, Han ethnic group’s skirts, and flags, have carried on ancient Chinese tradition of aesthetics and culture, but also followed some Western ways, taking women’s costumes as example, whose motifs and colors were becoming exquisite and gorgeous which have formed a specific decorative language.

Both Mandarin’s dress of late Qing dynasty and flags of the Republic of China, represent greatly how the society transformed with diverse culture existed together and influenced each other. They are precious for keeping and learning the history, but most of them have been damaged. In the August of 2012, China National Silk Museum was authorized by Shanghai History Museum to assess their condition and make a suitable and sustainable plan to conserve them.