Out of the Box: The Rise of Sneaker Culture 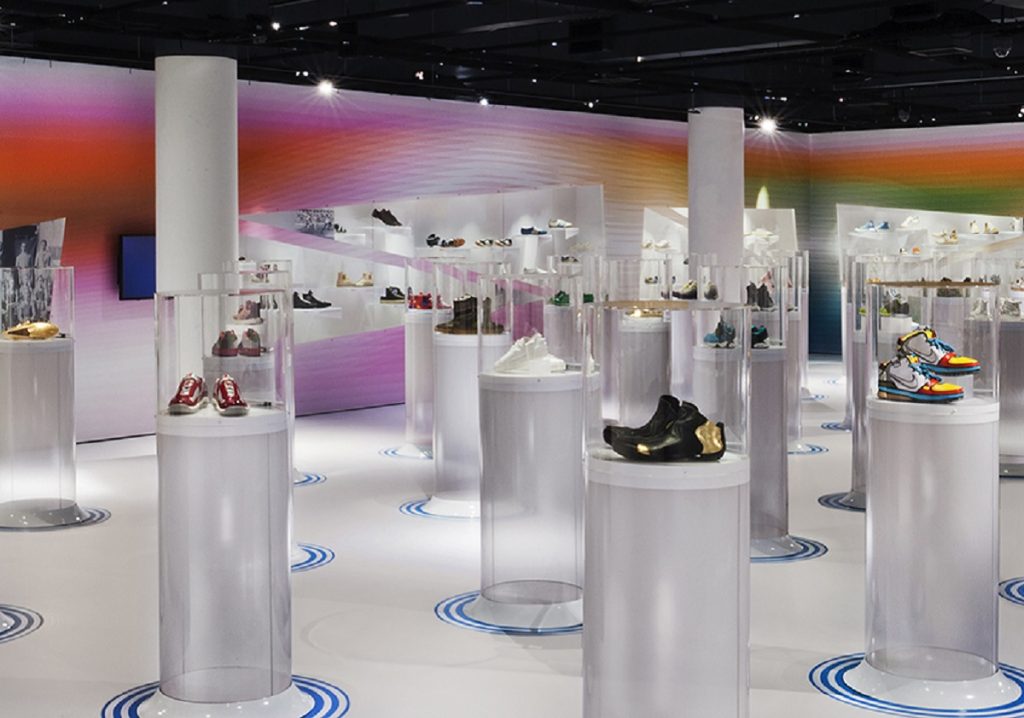 Out of the Box was the first exhibition in North America to showcase the history of sneaker culture and will feature over 120 sneakers representing the past 150 years. Highlighting iconic sneakers from the 20th and 21st centuries, Museum visitors had the opportunity to explore the historical beginnings of the sneaker from its emergence in the 19th century to becoming one of the most democratic forms of footwear in the 20th century to its current position as status symbol and icon of urban culture.

Out of the Box was on view at the BSM from April 25, 2013 – March 30, 2014.  It than was turned into a travelling exhibition by the American Federation of Arts.  The tour itenerary was:

A catalogue for the exhibition was also published by the AFA in partnership with the Bata Shoe Museum and Skira Rizzoli. Out of the Box: The Rise of Sneaker Culture offers 256 pages of exclusive material, including archival photographs and historic ad campaigns as well as interviews, sketches, and style tips from designers and tastemakers; it is the definitive collector’s book for any self-respecting sneakerhead.