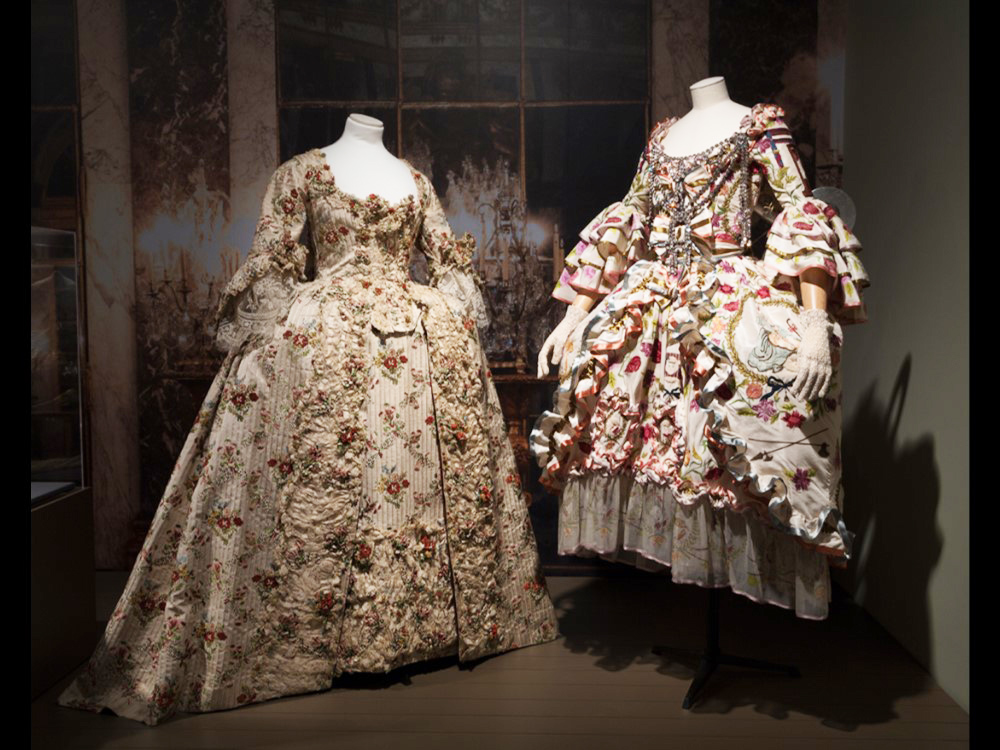 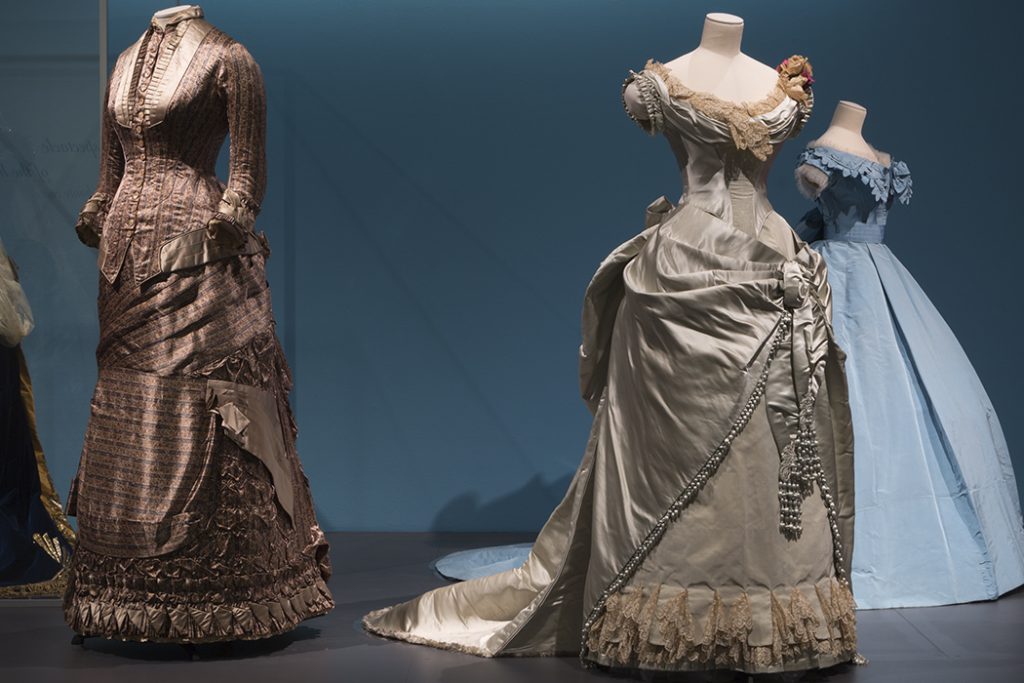 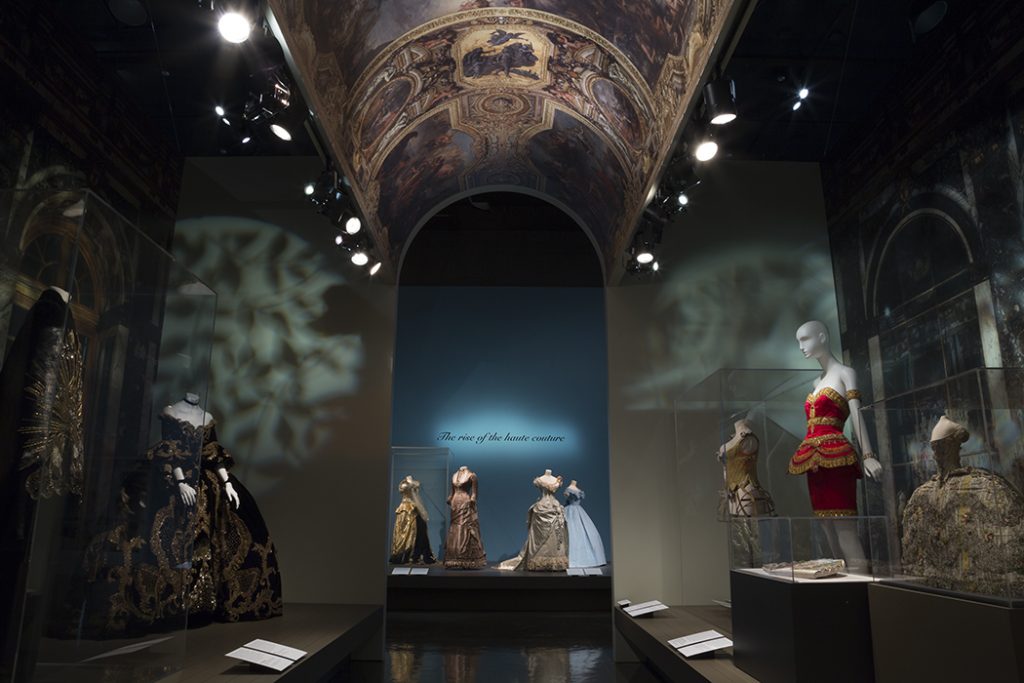 Paris, Capital of Fashion explores how and why Paris became the international capital of fashion. It features approximately 75 fashion ensembles, dating from the 18th century to the present, as well as accessories. Curated by Dr. Valerie Steele, director of The Museum at FIT, this major exhibition is accompanied by a book and symposium.

The introductory gallery places Paris within the global fashion system. After the Second World War, Paris was repeatedly challenged by new fashion centers, such as London, Milan, and New York. The first section of the main gallery focuses on the rise of the Paris fashion system in the late seventeenth and eighteenth centuries. The court at Versailles was the official epicenter of fashion, but fashion professionals were based in the city of Paris and foreign visitors were amazed by the Parisian “mania” for fashion. The second section explores the growth of the Paris fashion system with its many métiers de la mode and its increased focus on feminine fashion. Particular attention is paid to the development of the haute couture, which transformed dressmaking from a small-scale artisanal craft into big business and high art. Today, globalization and technology have transformed the world of fashion. Yet Paris remains a unique fashion city.