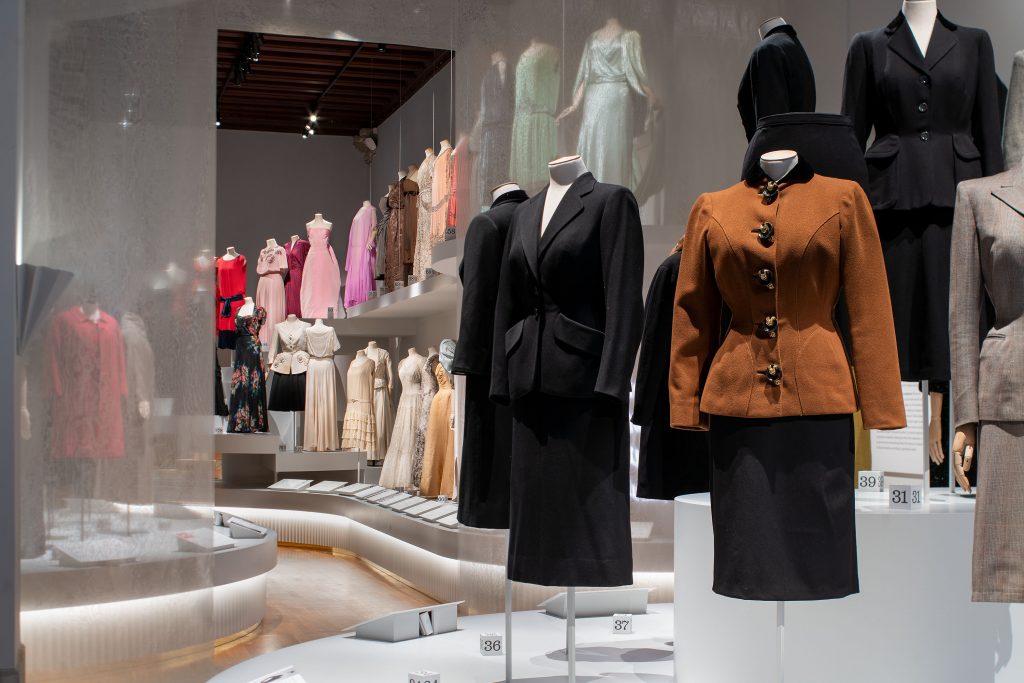 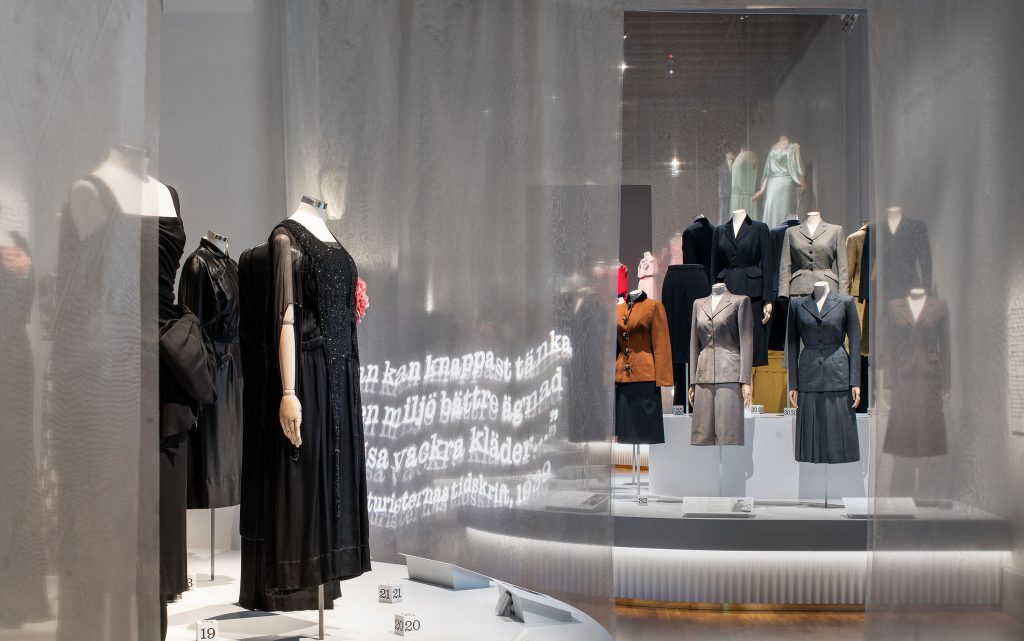 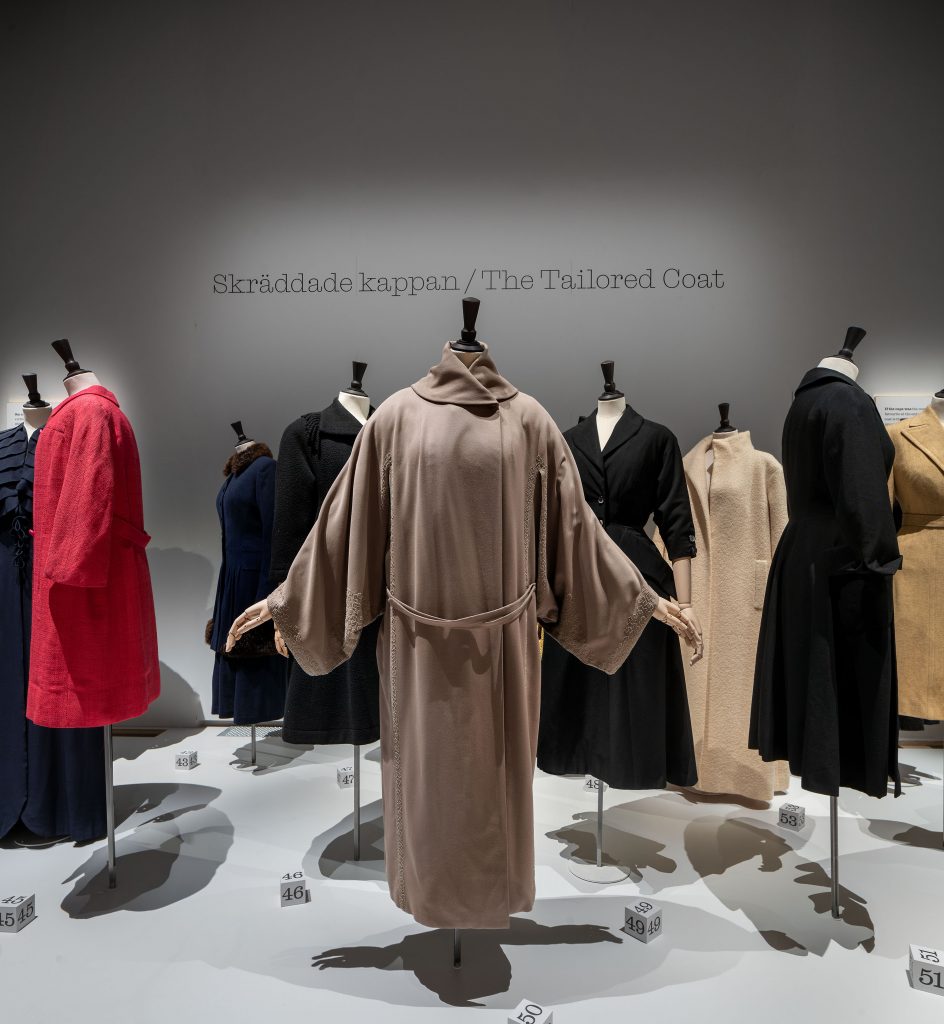 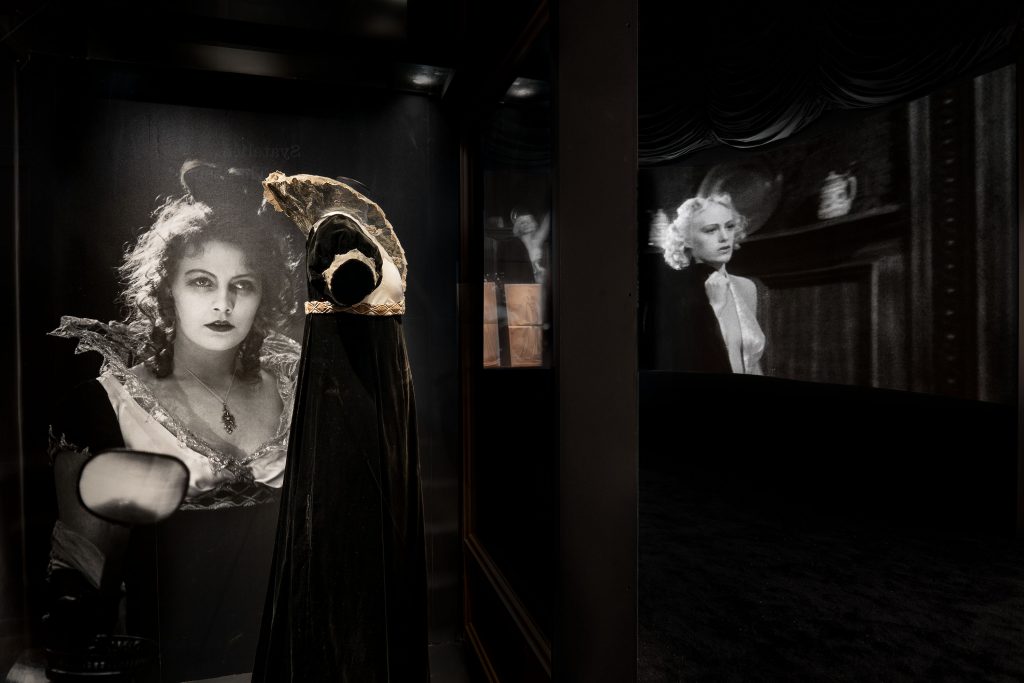 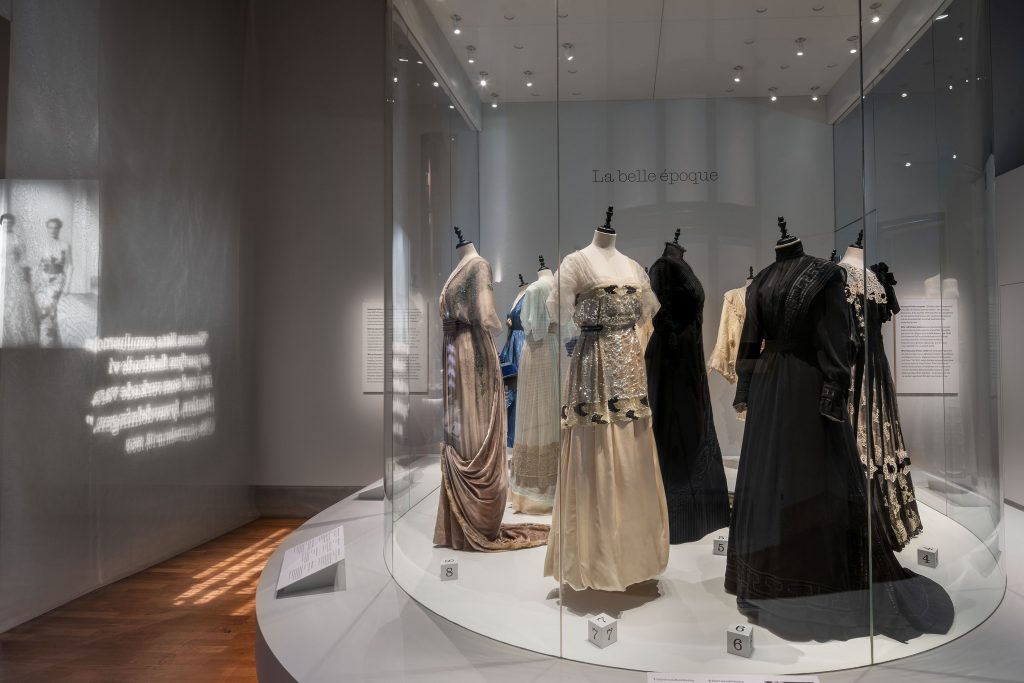 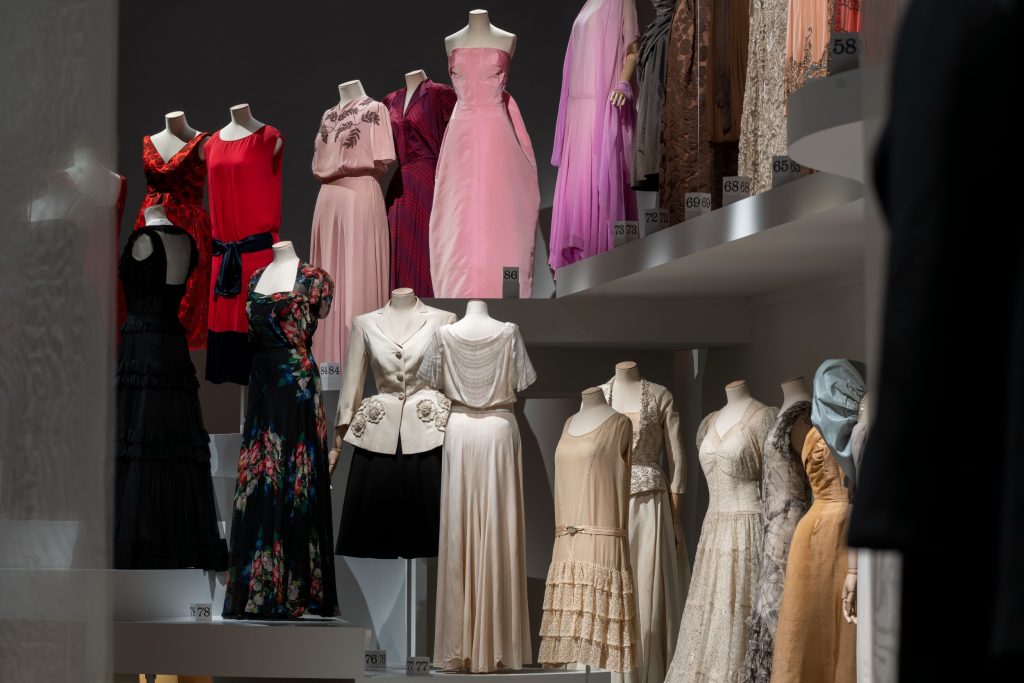 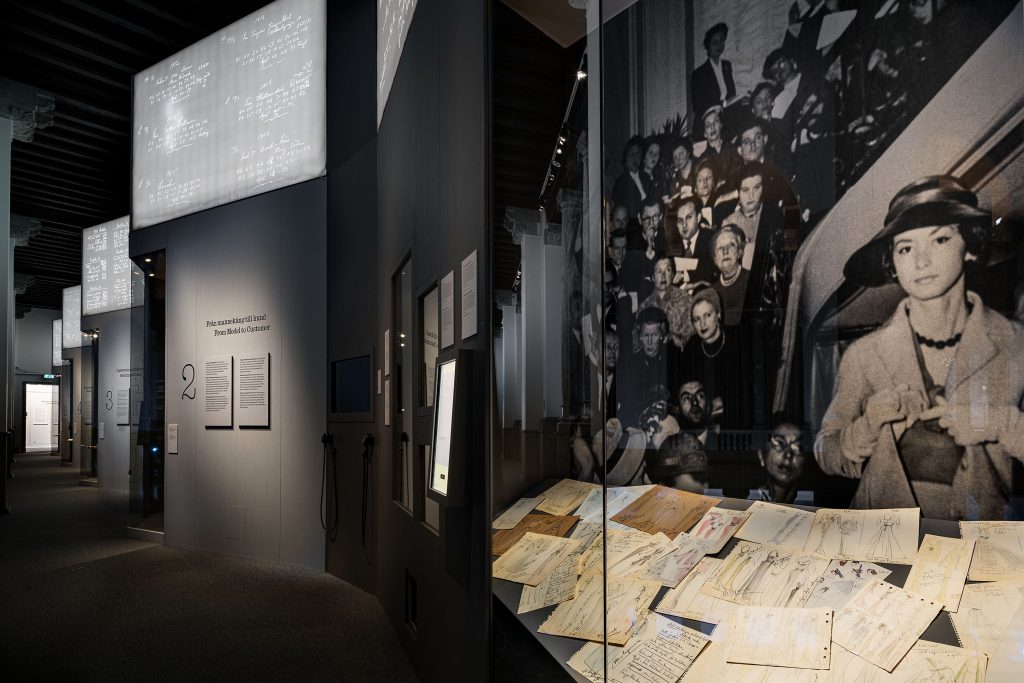 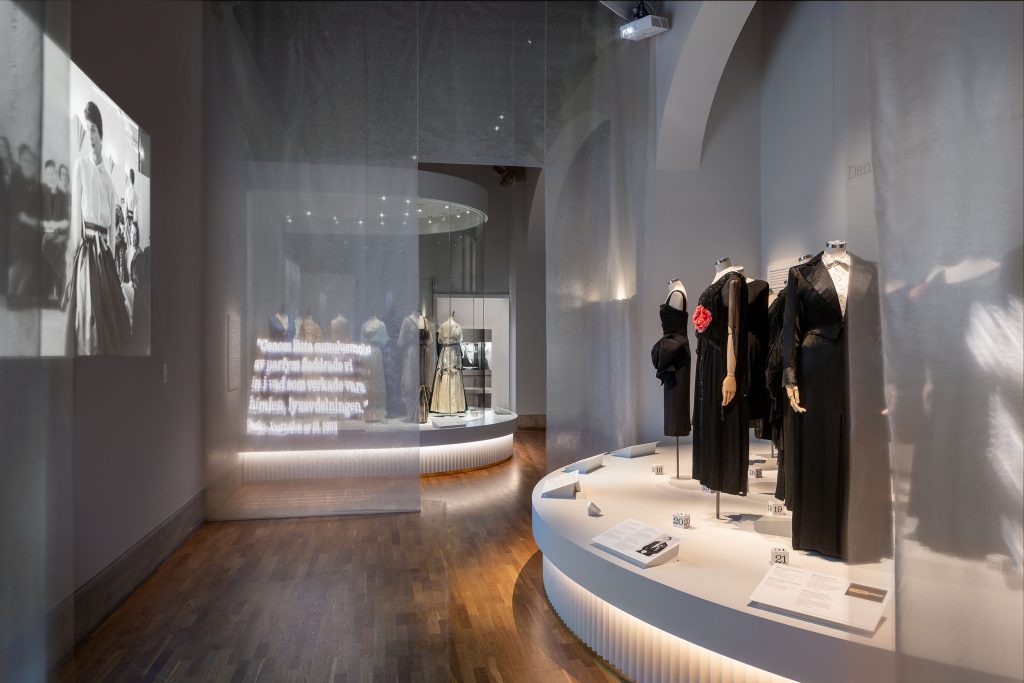 Advance booking only. Timeless elegance, exquisite craftsmanship and tailor-made dreams. This fashion exhibition transports you to the golden age of haute couture and the northernmost outpost of Paris fashion – the French Couture Atelier at the NK department store in Stockholm. The ticket is valid during a 90 minutes drop-in slot and and for the whole day at the rest of the museum. The pearl grey salon was the most glamorous arena in Stockholm for the masterpieces of haute couture and the leading atelier in the Nordic countries from the turn of the last century to the 1960s. This was where exquisitely crafted tailor-made creations were made that serve as inspiration to this day. The northernmost outpost of Paris fashion. Scandinavian customers gathered in the salons of NK’s French Couture Atelier to view and order the latest fashion made to measure after Paris originals designed by Coco Chanel, Christian Dior and Yves Saint Laurent. It was NK’s French Couture Atelier that spread international fashion in the Nordic countries. The heads of the atelier were famous for their unsurpassed ability to adapt Paris fashion to local conditions. The aesthetic was strict and elegant.

A golden lift to heaven

Customers included royalty, high society, professional women and the stars of stage and screen. Princess Sibylla, Queen Louise Mountbatten, Astrid Sampe, Nanna Svartz, Greta Garbo and Zarah Leander were some of the ladies that ordered their wardrobe at the French Couture Atelier. At the time, customers arrived directly at the sophisticated pearl grey salon via the legendary golden lift from the beauty and fragrance department on the ground floor. One ecstatic visitor described the elegant salon as a “branch of the real Heaven”.

One ecstatic visitor described the elegant salon as a “branch of the real Heaven”.

Meet the colourful customers and atelier staff.  The exhibition invites visitors to a visual encounter with the legendary atelier and those who populated the two parallel worlds. On one side, the muted, pearl grey salon with its sophisticated customers, creators and top models. On the other side, the bustling atelier with its skilled seamstresses, tailors and embroiderers working away among clouds of chiffon and droves of tulle.

Fashion throughout the 20th century

You will encounter some hundred garments, from tightly corseted and floor-length to emancipated and miniskirted. The rise and fall of exclusive, hand-sewn couture reflect the arrival of modernity in Sweden. There is the little black dress, the professional woman’s power suit and tailor-made coat, timeless, romantic ball gowns, and unforgettable stage costumes. You get close up to couture masterpieces from NK’s French Couture Atelier as well as spectacular original garments from leading fashion designers such as Chanel, Vionnet, Balenciaga and Givenchy. You will also discover forgotten professions, techniques, materials, processes and the art of ordering a bespoke garment. A historical treasure trove on show for the first time Nordiska museet owns the largest collection of costumes and fashion in Sweden. Most of the objects and photographs in this unique exhibition on NK’s French Couture Atelier are shown for the first time. The exhibition is primarily based on the extensive NK archives, which has been kept at Nordiska museet since the 1970s. They include tailor-made garments, documentation, logbooks and photographs of fashion shows and the operations. Included in the exhibition are about fifty garments that have been borrowed from the public and other museums. Via an appeal in collaboration with NK and Bukowskis auction rooms during autumn 2019, Nordiska museet were able to source new garments and hitherto unknown stories.The whole story in a lavish fashion book

The exhibition is shown in conjunction with the launch of a lavish book (Swedish only) on NK’s French Couture Atelier by Susanna Strömquist, fashion critic, cultural journalist and guest curator at the Museum. The book (Swedish only) and the exhibition are the result of a major research task and collecting effort that contribute an unexplored part of the history of fashion in the Nordic countries. Paris of the North – NK’s French Couture Atelier 1902–1966 is on display until October 1st 2023 at Nordiska museet. The exhibition and the book with the same name are a collaboration between Nordiska museet and Susanna Strömquist with support from Nordiska Kompaniet (NK).