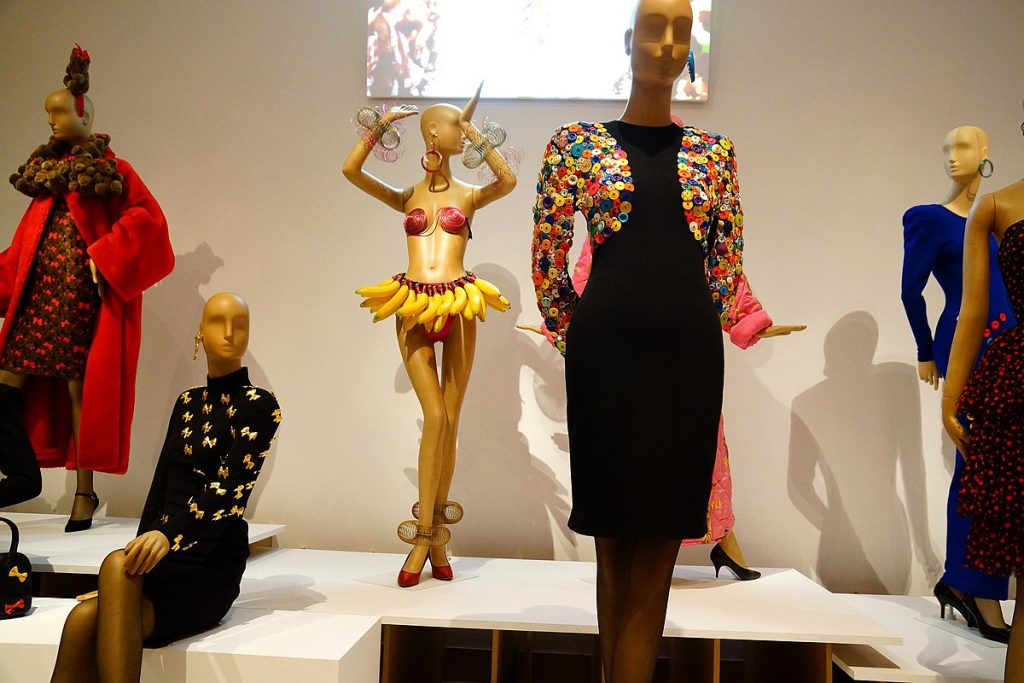 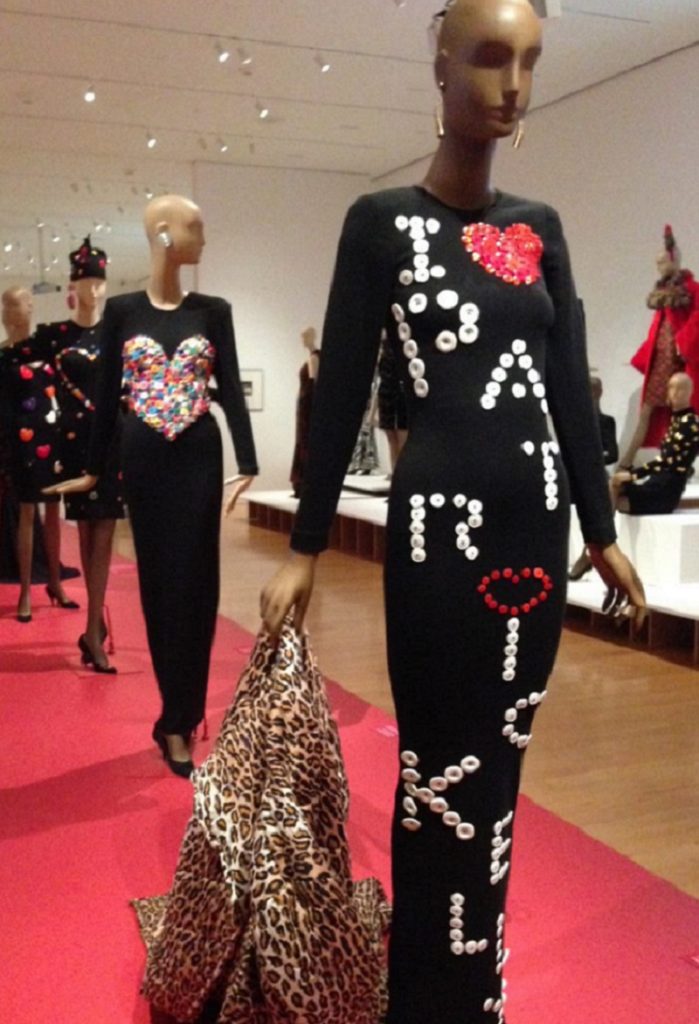 “I want my clothes to make you smile”—that was the goal of late African American designer Patrick Kelly in creating his bold, bright, and joyful creations. Kelly achieved this on the streets, nightclubs, and runways of New York, Paris, and beyond in the heady, inventive, and often-subversive urban milieu of the 1980s. Runway of Love is an expansive retrospective showcasing some eighty ensembles that were recently presented to the Museum as a promised gift by Kelly’s business and life partner, Bjorn Guil Amelan, and Bill T. Jones. Kelly’s designs are complemented by selections from the artist’s significant collection of black memorabilia, videos of his exuberant fashion shows, and photographs by renowned artists including Horst P. Horst, Pierre et Gilles, and Oliviero Toscani.

Kelly’s early signature creations—skinny, body-conscious dresses with colorful buttons—attracted the attention of French Elle, which featured the designer’s first commercial collection in February 1985. His aesthetic developed out of his African American and Southern roots and knowledge of fashion and art history, as well as from the club and gay cultural scenes in New York and Paris. Kelly’s work pushed racial and cultural boundaries with golliwog logos, Aunt Jemima bandana dresses, and his ubiquitous black baby-doll brooches. His playful looks were inspired by his muse, Josephine Baker, and admiration for couturiers Coco Chanel, Elsa Schiaparelli, and Yves Saint Laurent, among others.

Patrick Kelly was born and raised in Mississippi by his mother and his grandmother, who helped foster his love of fashion by bringing him fashion magazines. He moved to Paris in late 1979, and in 1988 became the first American and the first black designer to be voted into the prestigious Chambre Syndicale du Prêt-à-Porter des Couturiers et des Créateurs de Mode, the French fashion industry association and standards organization. Kelly’s brilliant vision and career were cut short by AIDS, to which he succumbed on January 1, 1990.

Patrick Kelly’s legacy endures today in the work of many designers, including Gerlan Marcel and her New York–based street-wear brand Gerlan Jeans, the focus of a concurrent exhibition, Gerlan Jeans Loves Patrick Kelly.

The exhibition is supported in part by the Arlin and Neysa Adams Endowment. Additional funding is provided by Barbara B. and Theodore R. Aronson, Arthur M. Kaplan and R. Duane Perry, Nordstrom, and by members of Les Amis de Patrick Kelly, a group of generous supporters chaired by Bjorn Guil Amelan and Bill T. Jones.