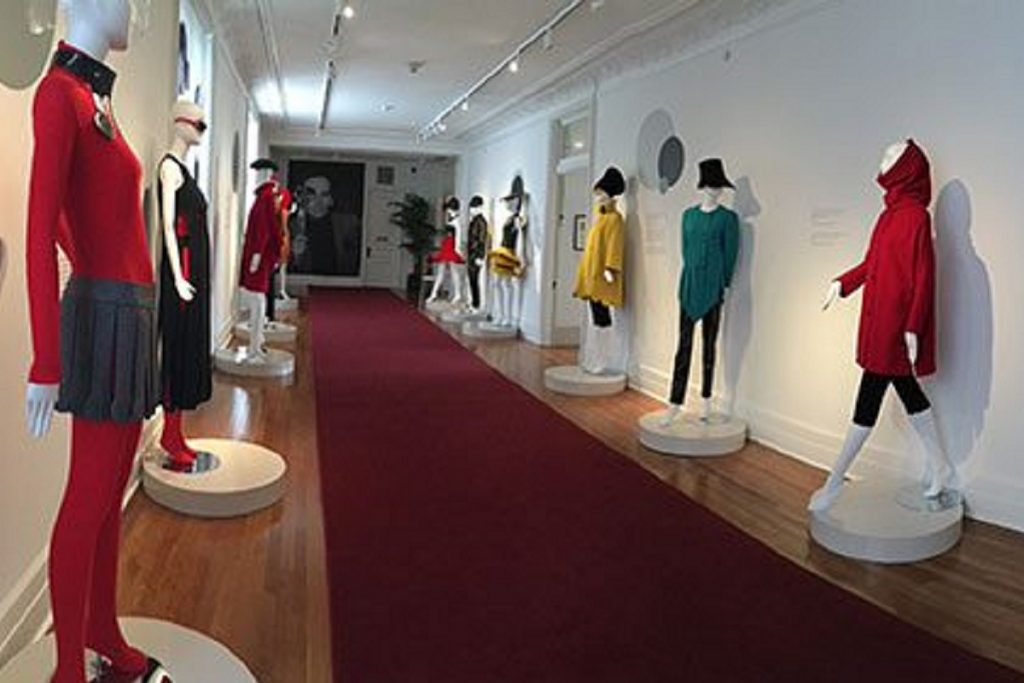 The Pierre Cardin exhibition celebrates the talent and vision of one of the world’s most recognized and successful fashion designers. Featuring 42 original designs from his private archives, the exhibition represents M. Cardin’s prolific career from the 1950s through 2016.  A creative visionary with tremendous ingenuity, his designs have been worn by some of the most glamorous and influential women in the world, including Jackie Kennedy, Brigitte Bardot, Charlotte Rampling and Jeanne Moreau.

The exhibition includes some of Cardin’s most iconic designs, including the 1960s space-age looks from the Cosmocorps collection, unisex jumpsuits created for the 1972 Munich Olympics, and the technologically-advanced Cardine dress, made of thermo-formed fabric, that was worn by Lauren Bacall in 1968.

Also on display are samples from his collection of caricatures by French Gilded Age artist Georges Goursat, more commonly known as SEM, along with a vignette from Maxim’s, the iconic Parisian restaurant M. Cardin has owned since 1981.The exhibition will be on display in the second floor galleries at Rosecliff through February 25, 2018. Included with regular Rosecliff admission.