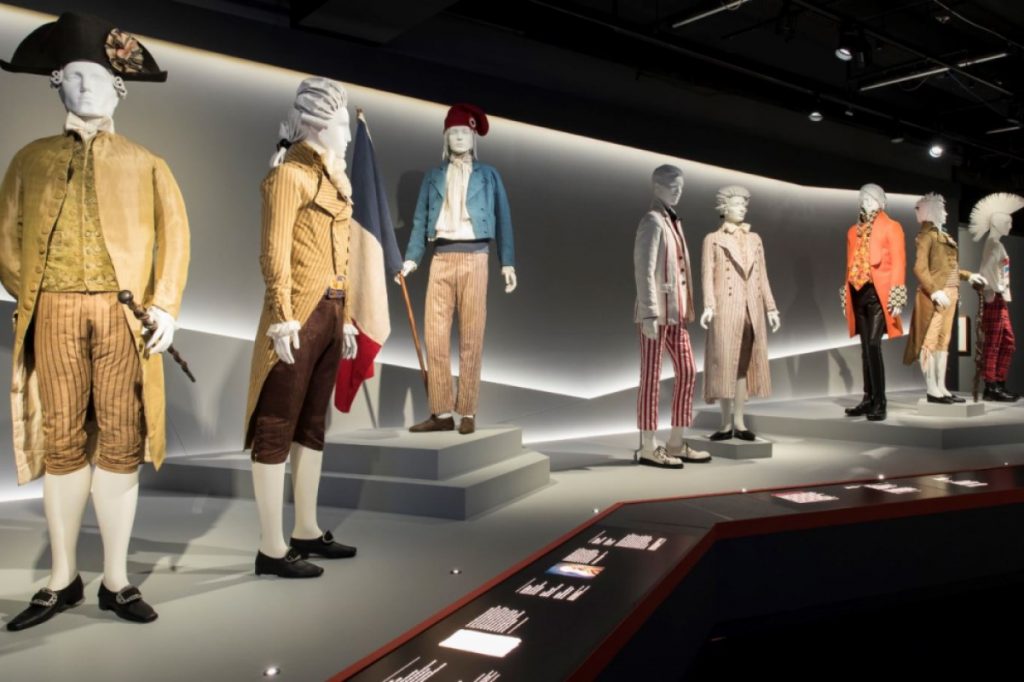 Reigning Men: Fashion in Menswear, 1715–2015 explores the history of men’s fashionable dress from the 18th century to the present.  A riot of colour and style, Reigning Men is the largest and most important menswear exhibition ever assembled, and explodes the myth that menswear is restrained.

Featuring over 130 garments by renowned menswear designers including Alexander McQueen, Burberry, Calvin Klein, Chanel, Giorgio Armani, Gucci, Jean Paul Gaultier, Louis Vuitton and Yves Saint Laurent, Reigning Men makes illuminating connections between history and high fashion. Drawing primarily from the Los Angeles County Museum of Art’s renowned collection, the exhibition traces cultural influences over the centuries, examines how elements of the uniform have profoundly shaped fashionable dress, and reveals how cinching and padding the body was, and is, not exclusive to women.

Beginning with the 18th century, the male aristocrat wore a three-piece suit conspicuous in make and style, and equally as lavish as the opulent dress of his female counterpart. The 19th-century “dandy” made famous a more refined brand of expensive elegance which became the hallmark of Savile Row, London’s celebrated street of bespoke tailors. The mid-twentieth-century “mod” relished in the colorful and modern styles of Carnaby Street, and the 21st century man – in an ultra-chic “skinny suit” by day and a flowered tuxedo by night – redefines today’s concept of masculinity.

This exhibition was organised by the Los Angeles County Museum of Art (LACMA), and presented by the MAAS Centre for Fashion.