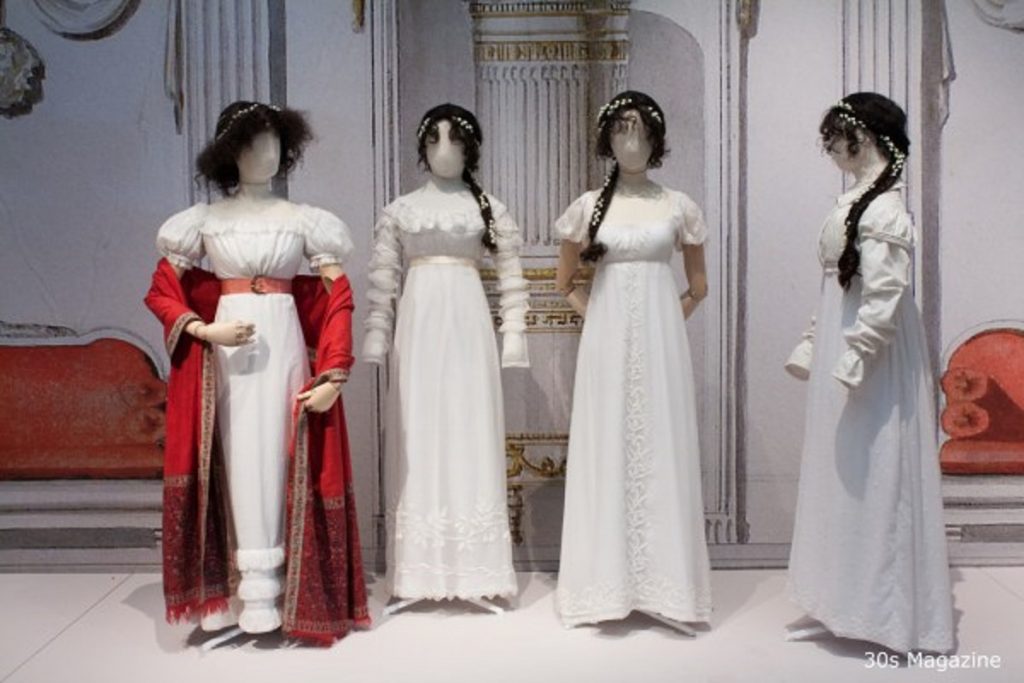 Rustling silk, breathtaking embroidery, frills and flounces, vast crinolines. Sharply tailored suits for dandies and elegant ball gowns for ladies. This major 19th-century fashion exhibition at the Gemeentemuseum Den Haag features costumes from the time of Pride and Prejudice, Jane Eyre, Eline Vere and Downton Abbey. In addition to entire costumes in all their glory, the show will include glamorous accessories, tightly laced corsets and original fashion prints and photographs. With the help of the Prince Bernhard Culture Fund, many items have been restored especially for the occasion and will be on show to the public for the very first time. The inclusion of contemporary creations shows how the 19th century still influences life today, as modern designers continue to draw inspiration from its forms, silhouettes and techniques. Famous examples include the magnificent embroidery of Jan Taminiau, the dandyism of Vivienne Westwood, and the (often dark) romanticism of Jean Paul Gaultier and Edwin Oudshoorn.

The 19th century was an exciting and turbulent era of dramatic social change. Fashion was no longer the exclusive preserve of rulers and their wealthy aristocratic courtiers; it played a major role in the new social order. How did people dress to show off their ‘new money’? And how could the ancient nobility distinguish itself through its court dress? As the century progressed, new fashion trends were disseminated ever faster as fashion magazines emerged and became increasingly influential. The female fashion silhouette changed constantly, men’s clothing became less restricted and children’s dress was no longer simply a miniature version of what adults wore. Technological advances brought eye-catching new textile colours, although the dying processes sometimes involved the use of deadly substances like arsenic – anything to look good! The history and romantic attire of the 19th century is currently attracting keen interest. The return of William I, come to reclaim his royal title in 1813, was recently replayed in period costume on the beach at Scheveningen; costume dramas attract huge audiences; beards and moustaches are back in vogue.

This show and the accompanying catalogue draw on the fashion and costume collection of the Gemeentemuseum Den Haag to throw light on a range of hot topics of the 19th century: health & hygiene, colours & materials, etiquette & status, the fashion world & couturiers, and plenty more. Personal anecdotes provide intimate insights into the lives of 19th-century people and wonderful settings created by designer Maarten Spruyt bring and Tsur Reshef to vivid life such well-known characters from literature, film and television as the Dame aux Camelias, Mr Darcy, Eline Vere and the Kegge family from Dutch writer Hildebrand’s Camera Obscura.

The lavishly illustrated 156-page Dutch-language catalogue (published by Waanders de Kunst, price € 22.50) is designed by Roosje Klap and includes contributions from a range of authors, including curator Madelief Hohé and well-known historian Ileen Montijn. The photographs of modern fashion designs are by Koen Hauser, recently proclaimed Dutch national photographer of the year.

The exhibition has been realised with the support of the Prins Bernard Cultuurfonds / Barbas – van der Klaauw Fonds.