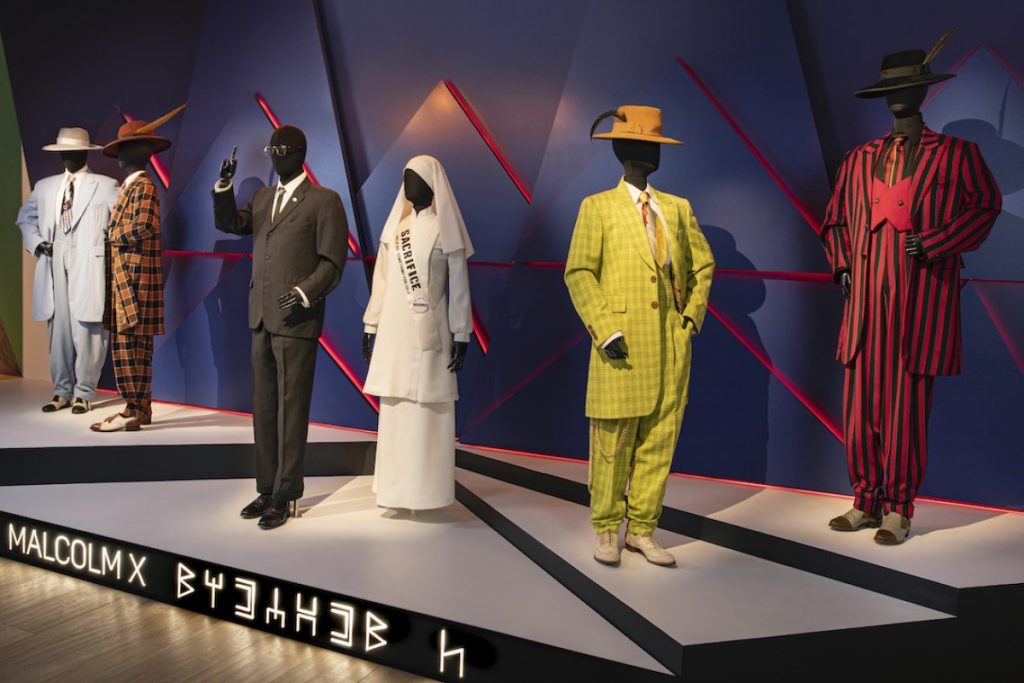 Academy Award-winning costume designer Ruth E. Carter is an expert storyteller who harnesses the power of visual communication to share narratives of culture, race, and politics. Creating costumes for generation-defining films like Black Panther, Selma, and Do the Right Thing, she brings vibrancy, nuance, color, and texture to each of her culture-shifting characters. Carter’s exhibition Afrofuturism in Costume Design at SCAD FASH Museum of Fashion + Film features unforgettable designs from nearly four decades of her career within an Afrofuturistic installation incorporating original artwork by SCAD alum Brandon Sadler, whose murals were prominently featured in Black Panther.

Carter’s costume designs enable actors to fully immerse themselves in the roles of their lifetimes, transforming Oprah Winfrey into voting rights activist Annie Lee Cooper, Denzel Washington into Malcolm X, and Chadwick Boseman into the King of Wakanda. SCAD FASH is proud to present more than 60 costumes by Carter, as well as sketches and ephemera illustrating her in-depth historical research and design process for each project. In addition to Carter’s costumes for Winfrey, Washington, and Boseman, the exhibition also features garments worn by luminaries such as Angela Bassett, Eddie Murphy, Lupita Nyong’o, Rosie Perez, and Forest Whitaker, demonstrating the varied work Carter brings to the screen.

Carter’s unparalleled ability to create fully realized, dimensional characters through her costumes has made her one of the most sought after and renowned designers today. Known for her research and creativity, Carter has been honored with two Academy Award nominations for her outstanding work in the period ensemble films Amistad, directed by Steven Spielberg, and Malcolm X, directed by Spike Lee. Carter also earned an Emmy Award nomination in 2016 for the remake of the miniseries Roots. In 2019, the Academy of Motion Picture Arts and Sciences awarded Carter the Academy Award for Best Costume Design for the film Black Panther. Her win is historic twofold: she is the first Black woman to receive this honor, and her costumes garnered Marvel Studios its first Oscar.