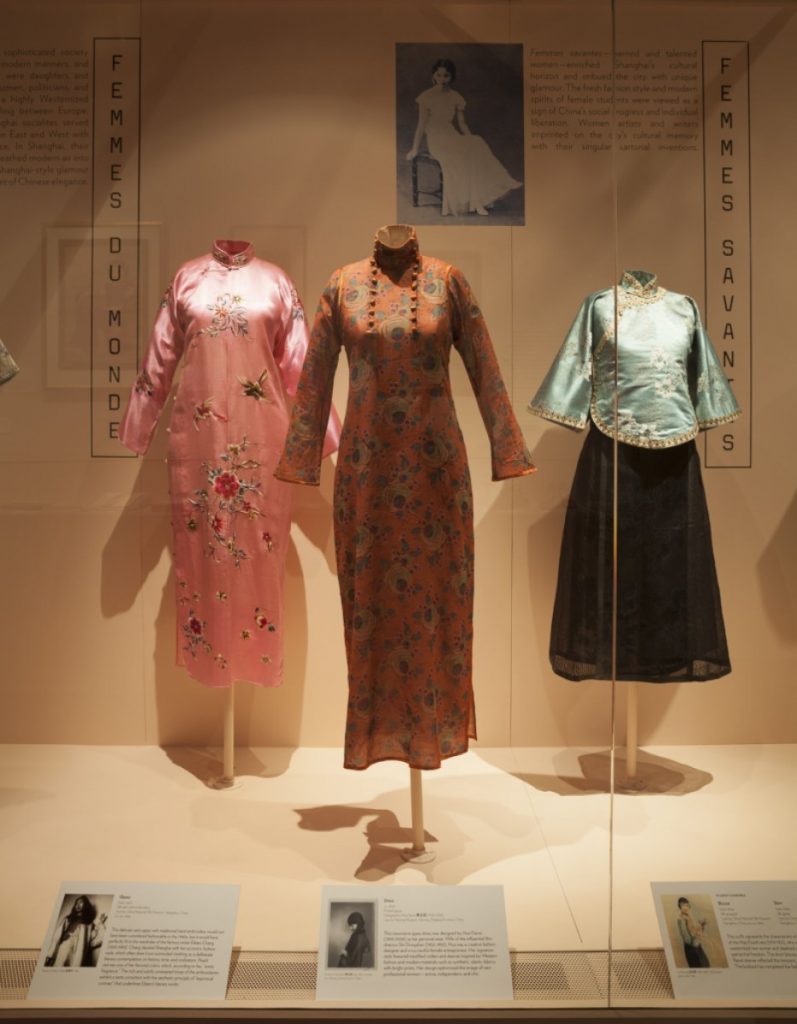 Shanghai Glamour: New Women 1910-40s was guest curated by Mei Mei Rado and displayed at MOCA in 2013. The show explored how Shanghai women and their archetypes were crucial to the formation of the new city’s identity. During the time period, the dress and manner of Shanghai women became emblems of the city’s modernization. The evolution of Shanghai women opened controversial discussions about the changing social and political scene as well as gender roles. The show featured outfits from the China National Silk Museum in Hangzhou and private collections from New York City. These outfits were contextualized with accessories, paper ephemera, and photographs. The show explores the many perceived archetypes popular in Shanghai at the time—the student, socialite, courtesan, movie star, artist, dancing girl, and housewife—to reconstruct the social and cultural pulses behind the many facets of Shanghai glamour.