Silks and prints from the Abraham Archive: Couture in Colour 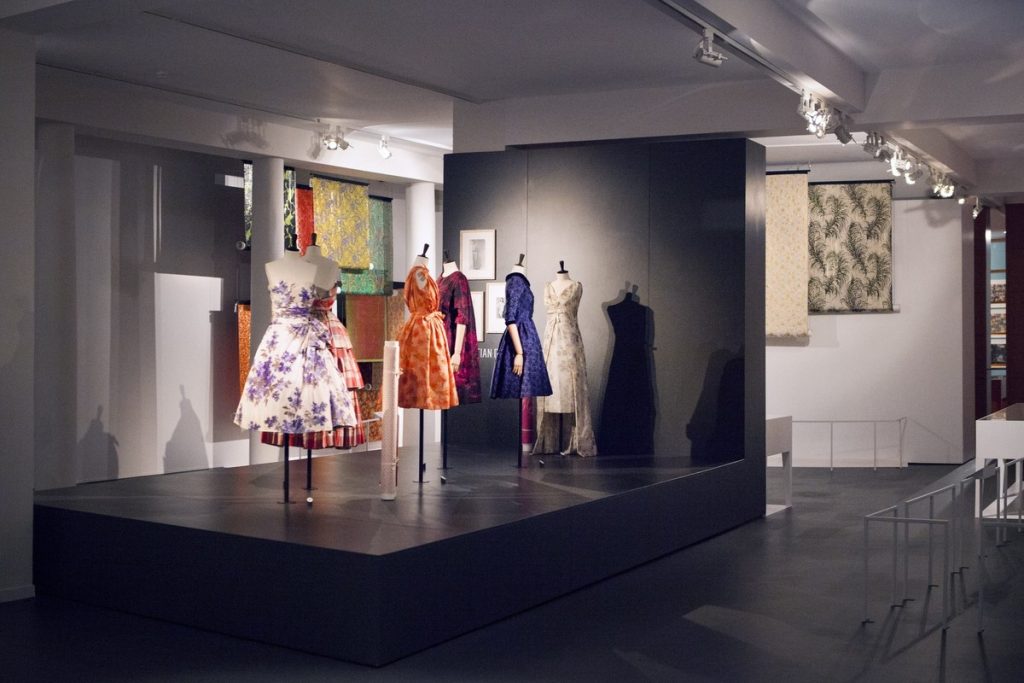 During the 1950s and 1960s, famous couturiers including Christian Dior, Hubert de Givenchy, Yves Saint Laurent, and Cristóbal Balenciaga, all worked together with the Swiss firm Abraham. Sought for its exclusive fabrics, the company specialised in printing silks. Abraham was forced to close its doors in 2002, but left an impressive collection of sample books, couture photographs, and textiles – the Abraham archives.

The exhibition “Silks & Prints from the Abraham Archive: Couture in Colour”, tells both the story of the Abraham company and that of European couture, art and luxury throughout the 20th century. It focuses on the colourful textile prints created by the Abraham firm and used in couture silhouettes by Dior, Givenchy, Yves Saint Laurent, and Balenciaga.

For this exhibition, MoMu recaptures and expands on the exhibition, “Soie Pirate: The Abraham Textile Archive” held from 22/10/2010–20/02/2011, at the Swiss National Museum in Zurich. MoMu complements the original exhibition and completes it with couture silhouettes by Christian Dior and Yves Saint Laurent. During the 1930s, Abraham was under the leadership of Gustav Zumsteg. He regularly stayed in Paris and became acquainted with a number of influential artists, from Georges Braque to Marc Chagall and Alberto Giacometti, and famous couturiers, such as Pierre Balmain, Christian Dior, Elsa Schiaparelli and Yves Saint Laurent. These great names from the art and fashion worlds had a considerable influence on Zumsteg’s artistic creations. In a short period, Zumsteg became a key figure in manufacturing textiles for haute couture.

After the arrival of prêt-à-porter, from the 1960s, the demand for top-quality silks tapered off. Zumsteg adapted to the new situation and began designing prints for the high end of the ready-to-wear market. In 1995, when the 40-year collaboration with Yves Saint Laurent came to an end, the future of the Abraham company became especially uncertain and the firm was finally forced to close its doors.

In the summer of 2007, the Hulda und Gustav Zumsteg Foundation donated the textile archive of Zurich company Abraham Ltd. to the Swiss National Museum. Their archives are rightly considered a national heritage.