Star Wars and the Power of Costume (Touring) 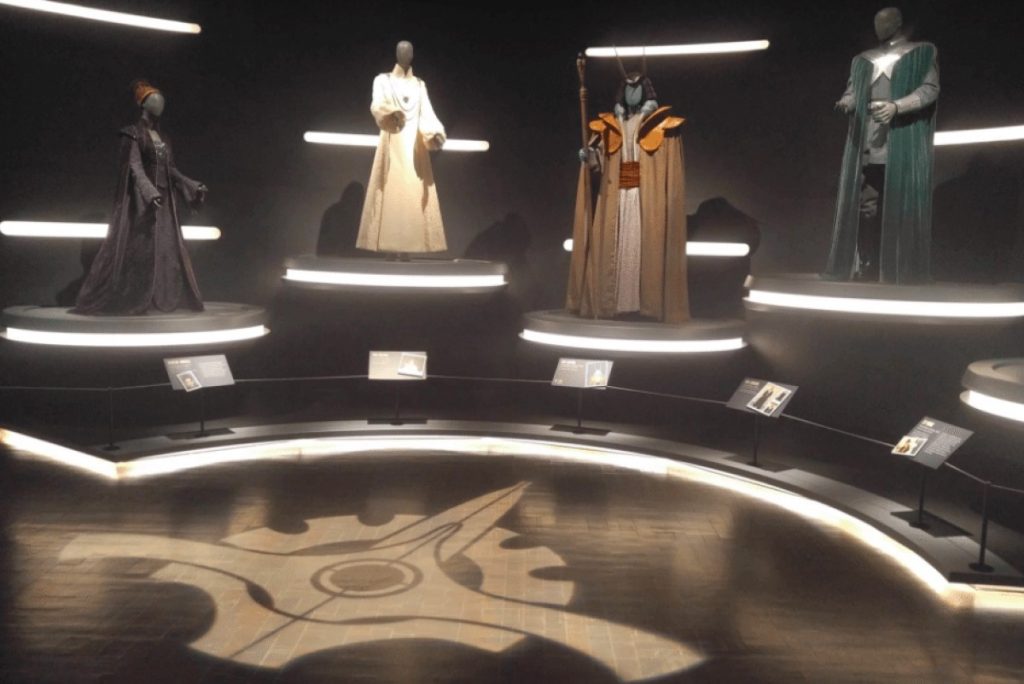 Take a unique journey into the Star Wars™ universe as characters are brought to life through a dramatic presentation of more than 70 original costumes. Star Wars™ and the Power of Costume will closely examine the captivating process of costume design for iconic outfits featured in all seven films of the Star Wars series—from Queen Amidala’s lavish gowns to Darth Vader’s imposing black armor.

Watch the designers and actors through several exhibition videos. Learn cultural and historic context as interpreted by Smithsonian scholars. Experience the processes of concept artists and costume designers with interactive encounters. Explore the artistry of the world’s most recognized cinematic costumes, including Queen Amidala, Chewbacca, X-Wing Pilots, and Droids, including C-3PO and R2-D2.

This exhibition goes beyond the chronological, literary, or filmic order often used to chronicle Star Wars. It focuses instead on the creative process, encompassing the essence of George Lucas’ vision and the exciting challenge of translating his iconic characters into a dynamic reality.

Star Wars™ and the Power of Costume was developed by the Smithsonian Institution Traveling Exhibition Service in partnership with the Lucas Museum of Narrative Art and in consultation with Lucasfilm Ltd. Objects in this exhibition are on loan from the Archives of Lucas Museum of Narrative Art. Star Wars™ and all related characters, names and indicia are trademarks of & copyright © & TM 2017 Lucasfilm Ltd. All rights reserved.

The presentation at the Denver Art Museum is generously funded by the Kemper/UMB Foundations, Rocky Mountain Hospital for Children, Lu and Chris Law, and Fine Arts Foundation. Additional funding is provided by the donors to the Annual Fund Leadership Campaign, and the citizens who support the Scientific and Cultural Facilities District (SCFD). Promotional support is provided by 5280 Magazine, CBS4, Comcast Spotlight, and The Denver Post.