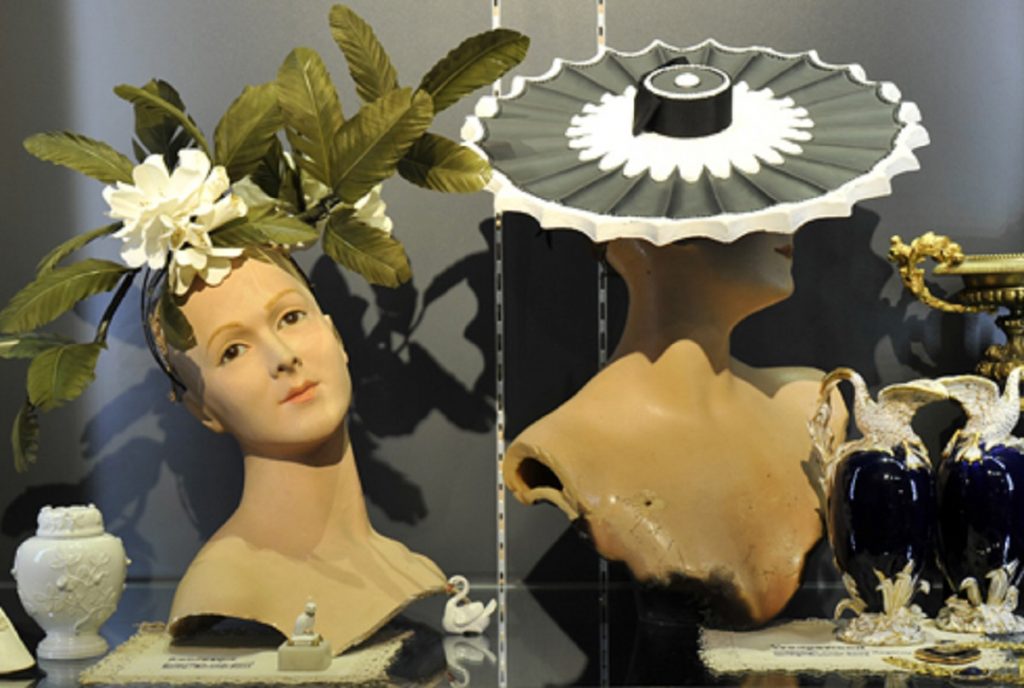 One of British Fashion’s best loved characters, whose client list boasts style icons such as French First Lady Carla Bruni alongside pop divas Madonna and Kylie Minogue, exhibited a selection of his stunning creations at The Bowes Museum.

Milliner Stephen Jones, whom Italian Vogue’s Anna Piaggi describes as ‘the maker of the most beautiful hats in the world’, has worked with some of the world’s most prominent fashion houses and designers during his illustrious career, including Jean Paul Gaultier, Vivienne Westwood, Christian Dior, John Galliano and Giles Deacon. And then he lent a selection of his fabulous hats for the show From Georgiana to Boy George.

One of the original New Romantic style setters, Jones saw his passion for museums fuelled when he studied at St Martin’s School of Art in the late 1970s. He opened his first millinery salon in Covent Garden in 1980, with an eclectic client mix which included the then Lady Diana Spencer and Visage front man Steve Strange, and was soon asked to create hats for catwalk shows. His hats can be inspired by an historical discovery or an imagined narrative prompted by an artefact, painting or photograph, with designs drawn from relics of the Renaissance, cluttered Victoriana, the glamour of the 1930s and the ‘swinging sixties.’

The Georgian era is a period Jones returns to again and again, especially the Regency.

He is entranced by the elegance of neo-classical architecture, the romantic poets, fluttering plumes, bonnets and turbans, which he describes as ‘having history between every seam.’

Always at the cutting edge of fashion, his captivating hats habitually adorn the chicest magazine covers, and they have now been modelled by a collection of vintage mannequins in The Bowes Museum’s stunning Fashion & Textile Gallery.

Dubbed ‘the most original milliner working today’, Jones, whose boutique and atelier is still based in Covent Garden, was awarded the OBE in 2009 for his services to millinery. His work is represented in the permanent collections of a number of international museums, including the V&A in London, the Louvre in Paris, The Fashion Institute of Technology and the Brooklyn Museum (both New York), the Kyoto Costume Institute, Japan, and the Australian National Gallery in Canberra.