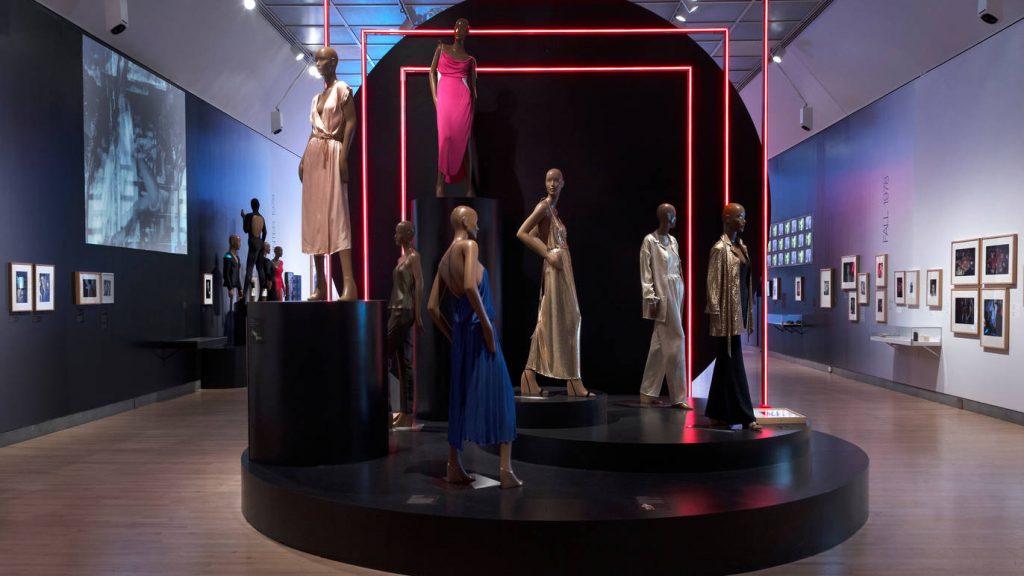 Studio 54: Night Magic traces the radiant history, social politics, and trailblazing aesthetics of the most iconic nightclub of all time. Behind the velvet rope, partygoers of all backgrounds and lifestyles could come together for nights of music, dazzling lights, and the popular song and dance “The Hustle.”

Following the Vietnam War, and amid the nationwide Civil Rights Movement and fights for LGBTQ+ and women’s rights, a nearly bankrupted New York City hungered for social and creative transformation as well as a sense of joyous celebration after years of protest and upheaval. Low rents attracted a diversity of artists, fashion designers, writers, and musicians, catalyzing the invention of new art forms, including musical genres such as punk, hip-hop, and disco. In a rare societal shift, people from different sexual, sociopolitical, and financial strata intermingled freely in the after-hours nightclubs of New York City. No place exemplified this more than Studio 54.

Organized chronologically, Studio 54: Night Magic uses photography, fashion, drawing, and film, as well as never-before-exhibited costume illustrations, set proposals, and designs, to place the nightclub within the wider history of New York, from Prohibition through the 1970s. Blueprints and architecture models illustrate the club’s innovative development and creation, while documentation of extravagant theme parties traces its thirty-three month run. The exhibition continues through the years after the nightclub’s closure, showing the ongoing influence of Studio 54 aesthetics.