Super–bodies: Heroic Fashion from the 1980s 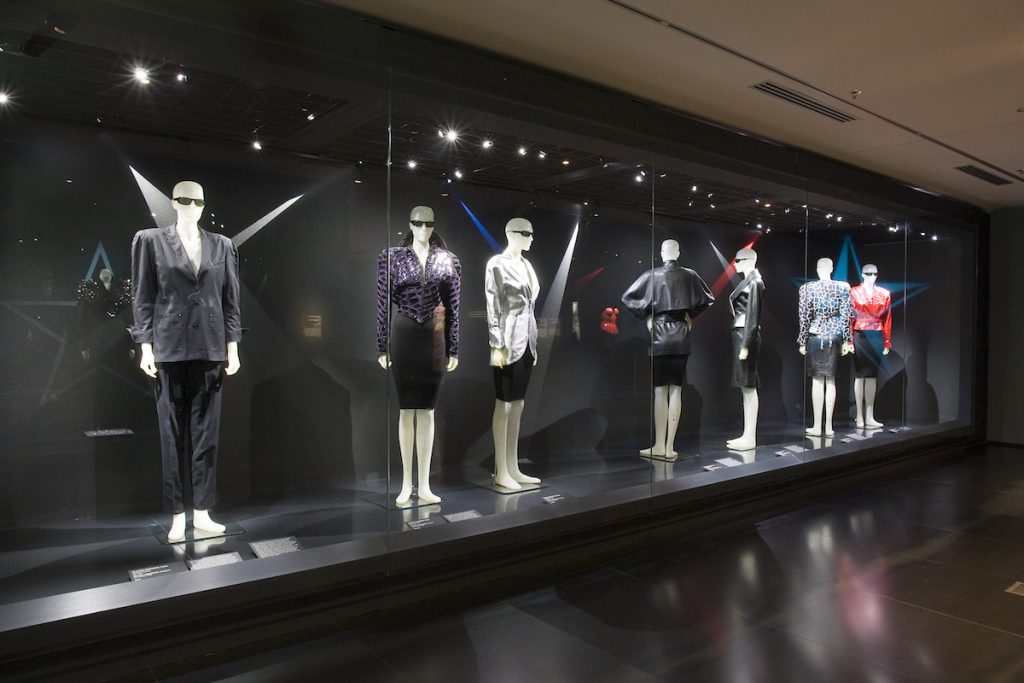 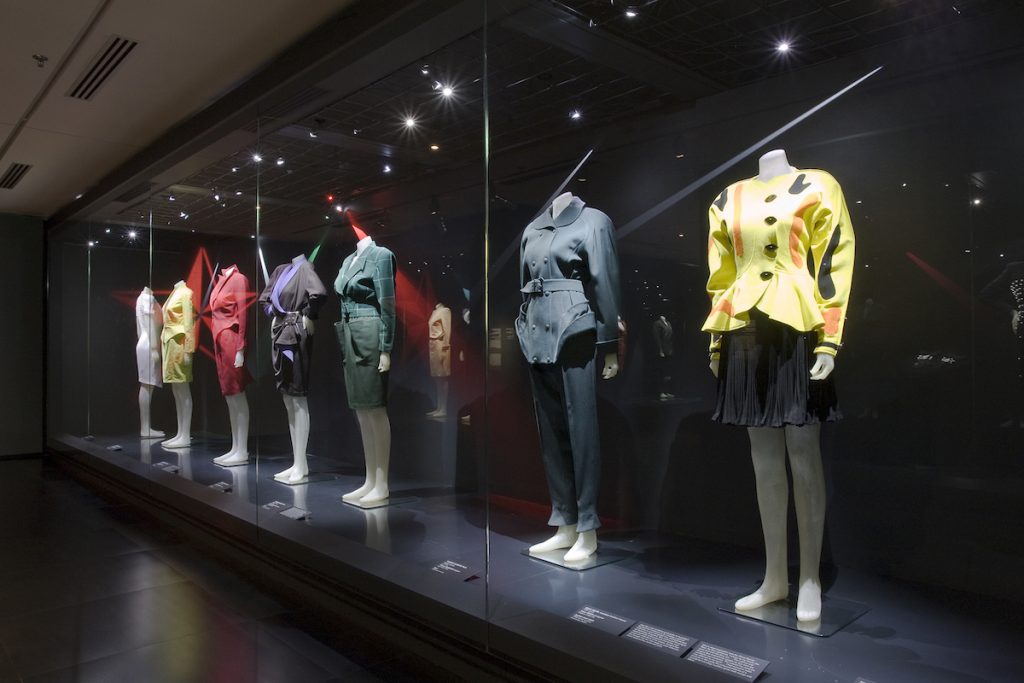 “She’s a fighter who likes seducing and arousing, a dynamic that never causes her to lose sight of her goal. Clothes for her are at once the armour protecting her integrity and the challenge which forces her to surpass herself. She looks like a superwoman: leather, furs, cottons, shiny fabrics, skin tight dress, and trousers – all obligatory. Her colours: contrasting, dazzling, bright, violent.”

Fashion in the 1980s was like a battlefield. By the end of the 1970s the effect of two decades of youth revolt, counter-culture and anti-fashion had fractured the style arena into a host of competing looks. One of the most commanding trends of women’s fashion in the 1980s was the rise of the ‘Super Body’ a structured silhouette that was built upon the athletic body and an attitude of female supremacy.

A muscular physique became the new ideal and designers responded by producing clothes that celebrated female strength and sexuality. The competitive mood of the decade found its sartorial expression in the broad-shouldered power suit, a form of modern-day armour for the ambitious woman. Evening wear acquired an intimidating sense of impenetrability, a style of drop-dead glamour epitomized by the screen sirens of Hollywood’s golden years. Super Bodies pays tribute to these powerful and body-conscious styles, which are among the most enduring images of the decade.

The works in this exhibition have been drawn from two private collections and from the National Gallery of Victoria’s recent acquisitions.