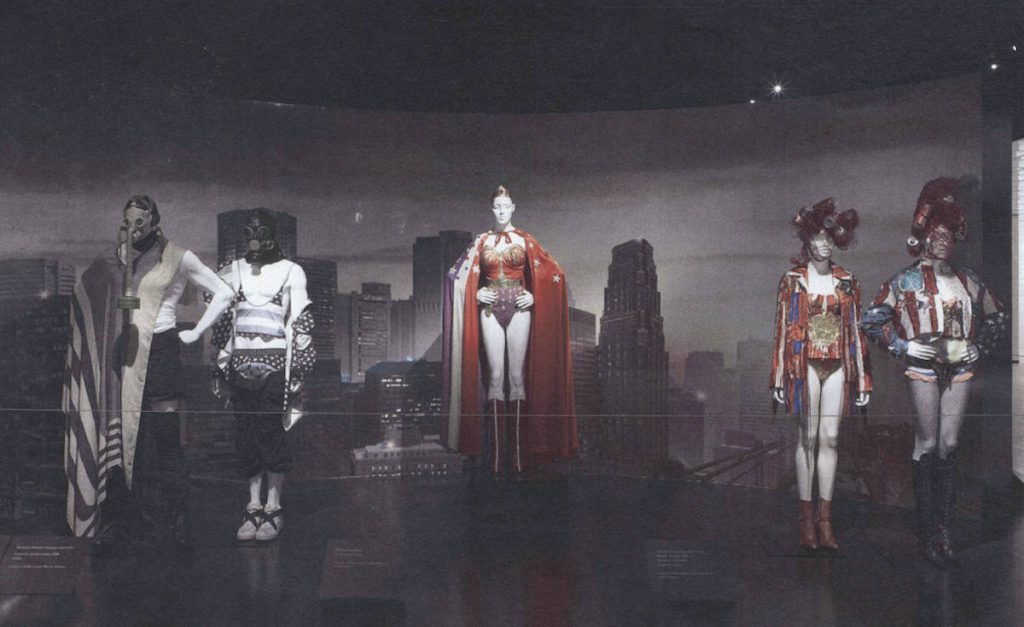 Since Superman appeared in 1938, the superhero has exercised a powerful influence over our collective imagination. Like the biblical and mythological heroes who are their lofty ancestors, superheroes have served as avatars of our hopes, dreams, and desires. Perhaps because they emerged from dime novels and pulp magazines and evolved in comic books, superheroes have been dismissed as frivolous and superficial. But superheroes should not be underestimated. Their apparent triviality is the very thing that gives them the ability to address serious issues of merit and worth, that frees them to respond to and comment upon shifting attitudes toward self and society, toward identity and ideology.

The superhero is most effective as metaphor. Through the successive “ages” of superhero comics – Golden (1938-56), Silver (1956-71), Bronze (1971-80), Iron (1980-87), and beyond – the superhero has embodied social and political realities. At the same time, the superhero has represented concepts reflective of sexuality and corporeality, a fact that is not surprising when one considers that superheroes exemplify idealized, objectified, and hyperbolic visualizations of the human body. As close to physical perfection as is imaginable, the superhero body is forever youthful and awe inspiring. Constantly redefined and reworked according to popular canons of beauty, superheroes embody the superlative.

Fashion mirrors the comic book’s obsessive preoccupation with the ideal body, signaling changes in prevailing standards of perfection. It not only shares the superhero’s metaphoric malleability but also actually embraces and responds to the particular metaphors represented by the superhero – notably of power and more specifically of the power of transformation. Fashion, like the superhero, celebrates metamorphosis, providing unlimited opportunities to remake and reshape the flesh and the self. It offers entrance into another world, a world of grandiose posturings and unfettered imaginings. Through fashion and the superhero, we are free to fantasize, to escape the banal, the ordinary, and the quotidian.