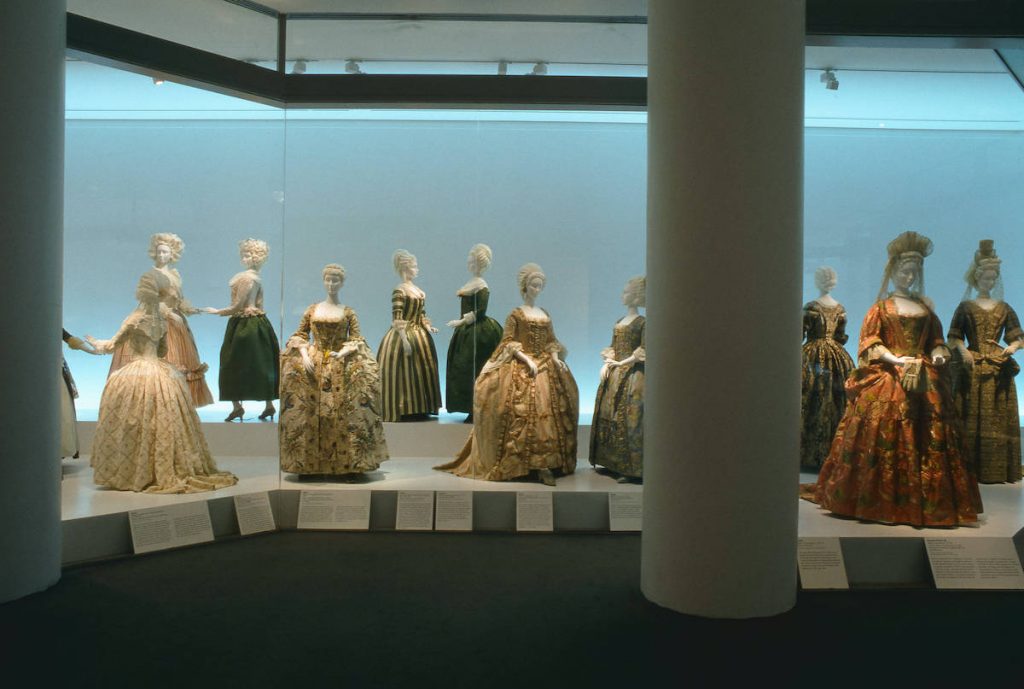 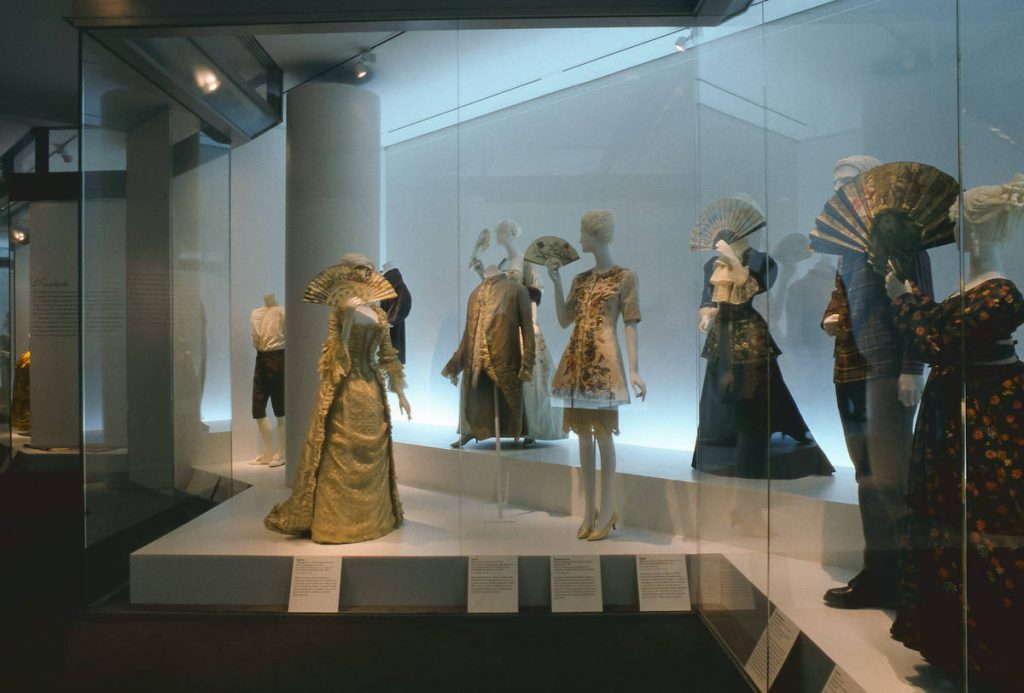 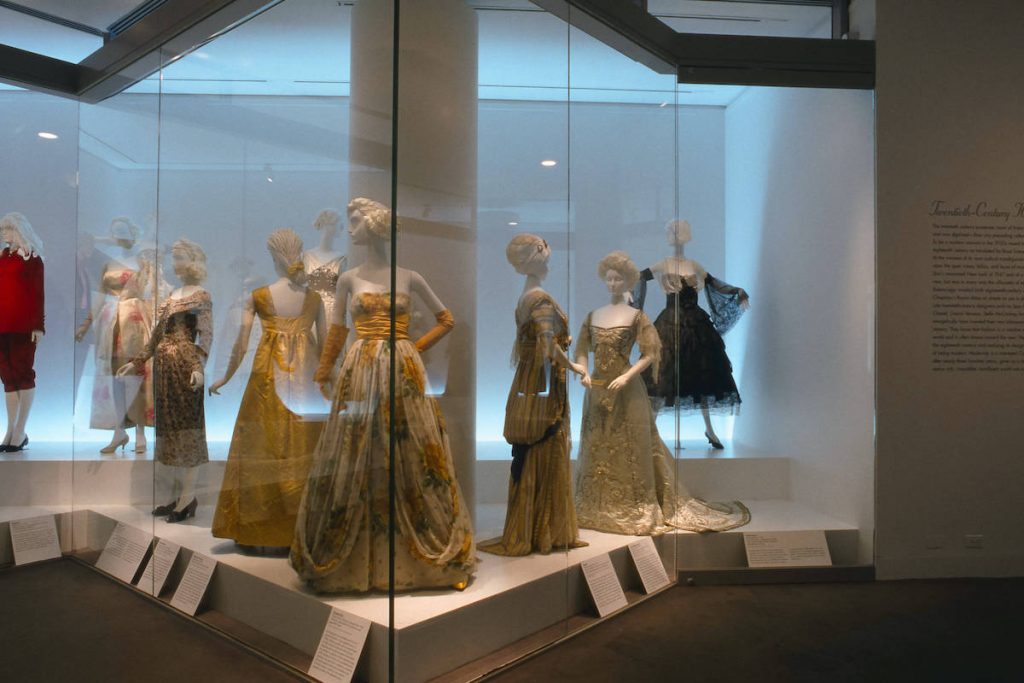 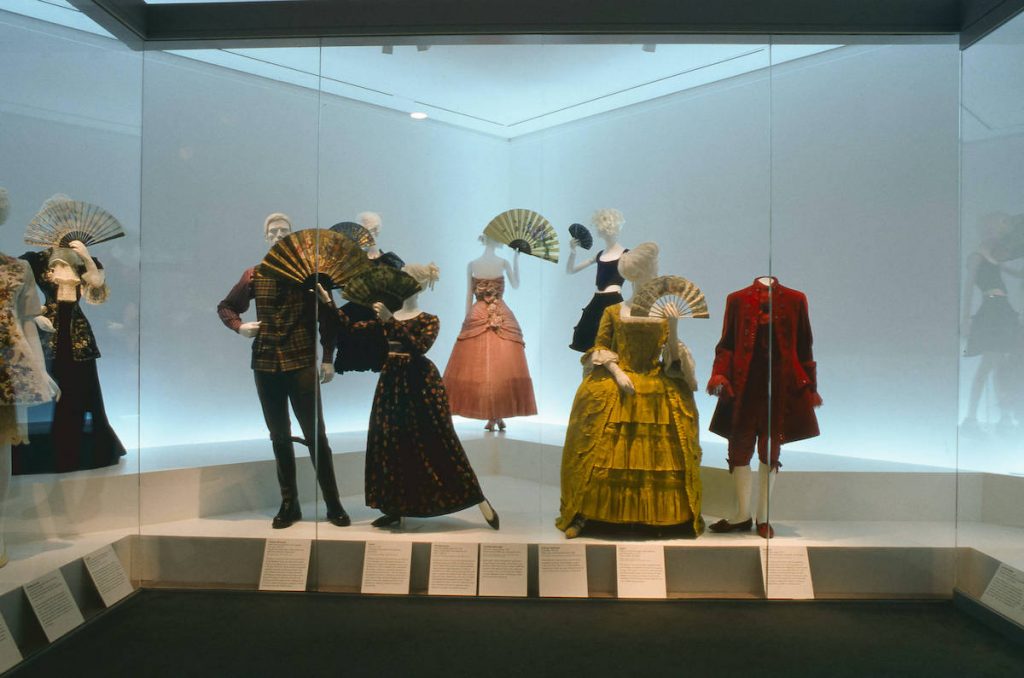 The Ceaseless Century: Three Hundred Years of Eighteenth-Century Fashion, opening in The Costume Institute of The Metropolitan Museum of Art on September 9, 1998, will demonstrate the extraordinary influence of 18th-century fashion over a 300-hundred year period. Stretching from circa 1700 to the present, the exhibition explores the persistence of 18th-century style.

Richard Martin, Curator of the Museum’s Costume Institute, commented, “An intriguing mystery of opulent materials and artificial shapes unfolds as the exhibition presents 18th-century dress and its abiding revivals over two subsequent centuries.” The Ceaseless Century will be organized in the five galleries of The Costume Institute. In the first gallery, the mingling of authentic 18th-century garments with their revivals challenges the visitor. The second gallery will offer an exceptional opportunity to see an unfinished 18th-century dress that has been embroidered, but never cut into its pattern pieces, juxtaposed with an analytical construction of the dix-huitieme boning and construction of a 1940s Christian Dior. The third gallery will display 18th-century dresses from the Museum’s extensive collection, one of the finest in the world.

In the fourth gallery, dresses from the 1880s and 1890s, imitating the forms of one hundred years earlier and demonstrating the polonaise as an equivalent to the bustle, in fin-desiecle taste, will be on view.

The fifth gallery will present 20th-century dresses influenced by 18th-century style. Although the 1920s are characterized by the narrow silhouette, Lanvin defied this style and added wide hips with panniers, inspired by the 18th century. Christian Dior’s New Look of the 1940s restored the silhouette of narrow waist, padded hips, and prominent bust, while revivals oiancien regime shapes and decoration appeared in the 1980s as well.

Among the designers to be featured in the exhibition are Christian Dior, Gabrielle Chanel, Jean Paul Gaultier, Jeanne Lanvin, Christian Lacroix, Stella McCartney for Chloe, Karl Lagerfeld for Chanel, and Vivienne Westwood. Today, many designers continue to look back to the 18th century for inspiration.

In conjunction with the exhibition, a lecture titled “The Eighteenth Century and Its Revivals” will be given by Richard Martin in The Grace Rainey Rogers Auditorium on Sunday, November 22, at 3 p.m. This lecture is free with general Museum admission. Gallery talks will be given on Wednesday, September 16; Thursday, September 24; Friday, October 9; Tuesday, October 27; and Tuesday, November 10, at 3 p.m.

The exhibition is organized by Richard Martin, Curator of The Costume Institute, and will be accompanied by a book with color illustrations, published by The Metropolitan Museum of Art. The exhibition design is by Michael Langley, Exhibition Designer, with graphic design by Barbara Weiss, Graphic Designer, and lighting by Zack Zanolli, Lighting Designer.