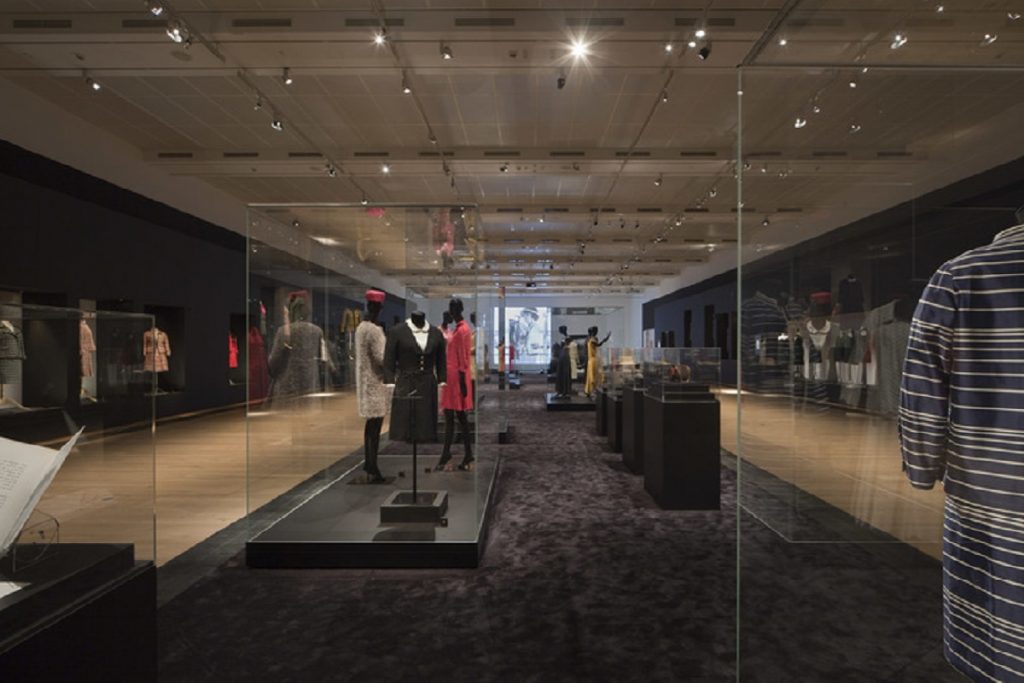 For many people, Coco Chanel is the greatest fashion designer of the twentieth century. She was already a proponent of unostentatious, comfortable clothing in the first decade of the twenty-first century, and thus paved the way for a style that soon began to be widely accepted. Important fashion icons such as the little black dress or the eponymous Chanel suit are thus connected with her person. Coco – actually Gabrielle – Chanel already created her perfume Chanel N° 5 – whose great commercial success ensured her financial independence throughout her lifetime – at the beginning of the nineteen-twenties. She combined self-confident fashion with luxury jewellery and was also portrayed by famous photographers such as Man Ray and Horst P. Horst. With round one hundred and fifty original objects from important collections such as those of the Gemeentemuseum Den Haag and the Museum für Kunst und Gewerbe Hamburg, the Musée Galliera in Paris, or the Royal Ontario Museum in Toronto, the special exhibition addressed the question of why Coco Chanel as a person and the brand that she established still receive so much attention today. It therefore focused on the biography of the fashion designer and the image of herself that she created as well as the ingenious way in which Karl Lagerfeld has linked this legacy with trends in the zeitgeist since 1983. In addition to the more than seventy creations from the House of Chanel, numerous adaptations of her fashion icons that communicate the “Mythos Chanel” in their very own way were also presented for the first time. The exhibition, which was designed by the Draiflessen Collection, was subsequently presented at the Gemeentemuseum Den Haag from 12 October 2013 to 2 February 2014 and at the Museum für Kunst und Gewerbe Hamburg from 28 February to 31 May 2014.