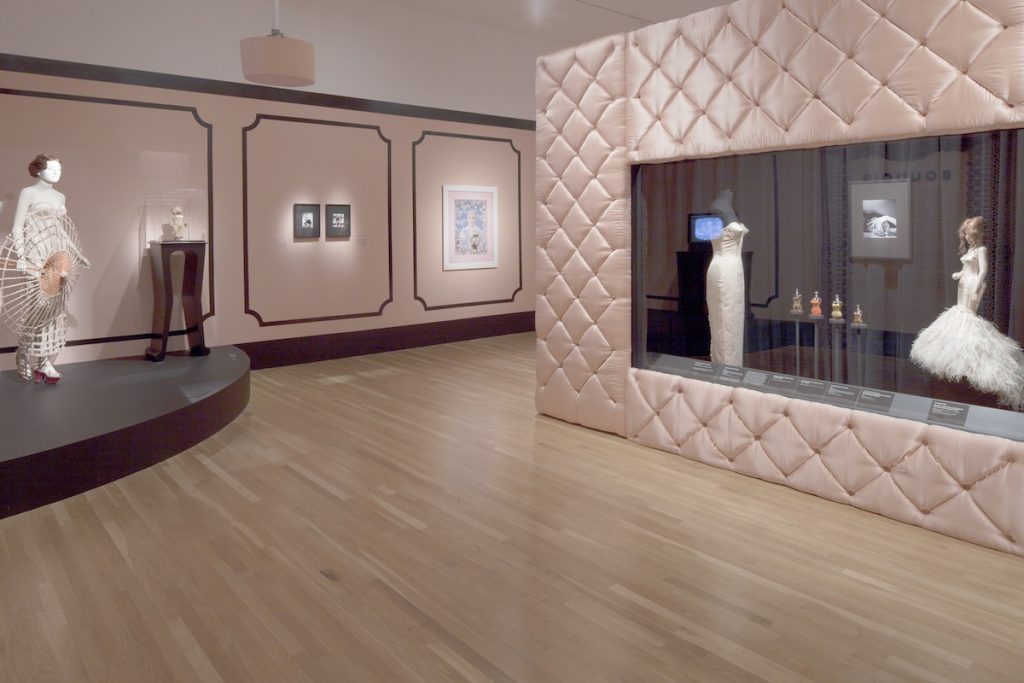 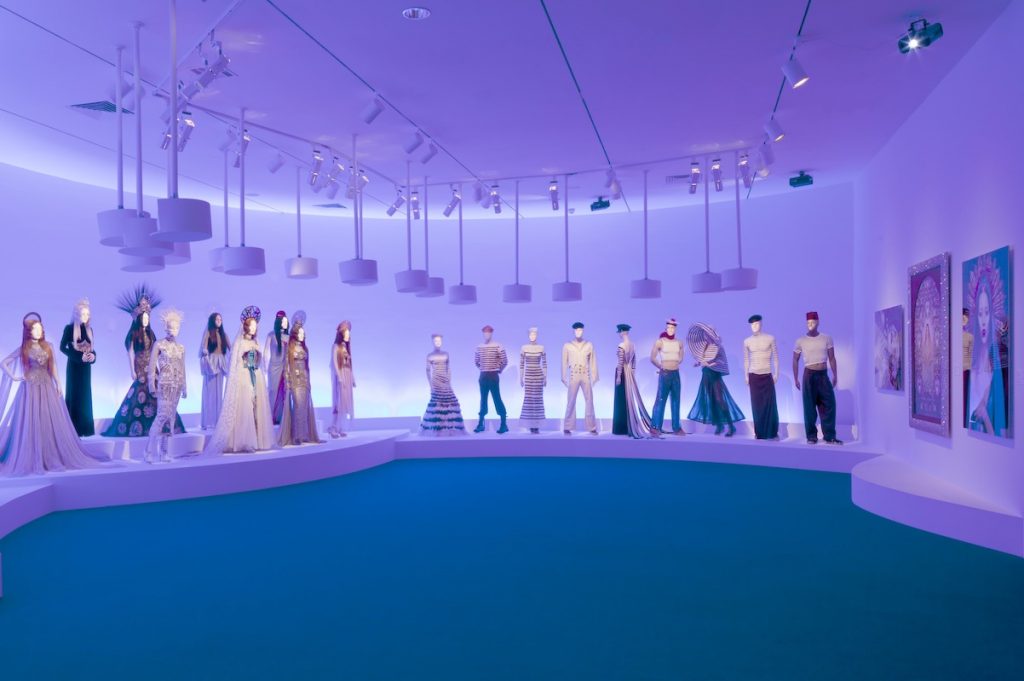 The Fashion World of Jean Paul Gaultier: From the Sidewalk to the Catwalk is organized by the Montreal Museum of Fine Arts in collaboration with the Maison Jean Paul Gaultier. JoliCoeur International is the official supplier of mannequins for the exhibition. The exhibition in Dallas is presented by Cadillac. Additional support is provided by the DMA’s Junior Associates Circle with funds raised through An Affair of the Art 2011: “Maison de la Mode: House of Fashion;” Nancy A. Nasher, David J. Haemisegger, and NorthPark Center; Forty Five Ten; BBVA Compass; Beauté Prestige International; and Roche Bobois. Air transportation in Dallas is provided by American Airlines. Promotional support provided by Catwalk by TIGI.

The first exhibition devoted to the designs of world-renowned French couturier Jean Paul Gaultier will make its U.S. debut at the Dallas Museum of Art in November 2011. Marking the first time that the DMA will present an exhibition dedicated to exploring the art of fashion, The Fashion World of Jean Paul Gaultier: From the Sidewalk to the Catwalk provides an unprecedented look at the designer dubbed fashion’s “enfant terrible” from the time of his first runway shows in the 1970s and who has become one of the most important fashion designers of recent decades. The exhibition – organized along six different thematic sections tracing the influences, from the streets of Paris to the world of science fiction, that have marked the couturier’s creative development, “The Odyssey of Jean Paul Gaultier,” “The Boudoir,” “Skin Deep,” “Punk Cancan,” “Urban Jungle,” and “Metropolis” – features approximately 130 ensembles from the designer’s couture collections, as well as from his prêt-à-porter line, along with their accessories. Created between 1976 and 2010, the majority of these pieces have never been exhibited. Sketches, stage costumes, and excerpts from films, runway shows, concerts, dance performances, and televised interviews will all provide a look at the couturier’s world and will explore how his avant-garde fashions challenged societal and aesthetic codes in unexpected, and often humorous, ways. Fashion photography will also be a major focus of attention, thanks to loans of, in many cases, never-before-seen prints from renowned contemporary photographers and artists. The many legendary artistic collaboration that have characterized Gaultier’s global vision are examined within the realm of popular music, in France (Yvette Horner and Mylène Farmer) and on teh international scene (Madonna, who has graciously lent two iconic corsets from her 1990 Blond Ambition World Tour, and Kylie Minogue); film (Pedro Almodóvar, Peter Greenaway, Luc Besson, Marc Caro, and Jean-Pierre Jeunet); and contemporary dance (Angelin Preljocaj, Régine Chopinot, and Maurice Béjart). Placed throughout the galleries, 30 animated, talking mannequins, including one of Gaultier, add an extra dimension to the lively atmosphere by surprising visitors with their lifelike presence and spontaneous commentary. The design and staging of this innovative audio-visual creation has been produced by Montreal-based Denis Marleau and Stéphanie Jasmin of UBU/Compagnie de création.