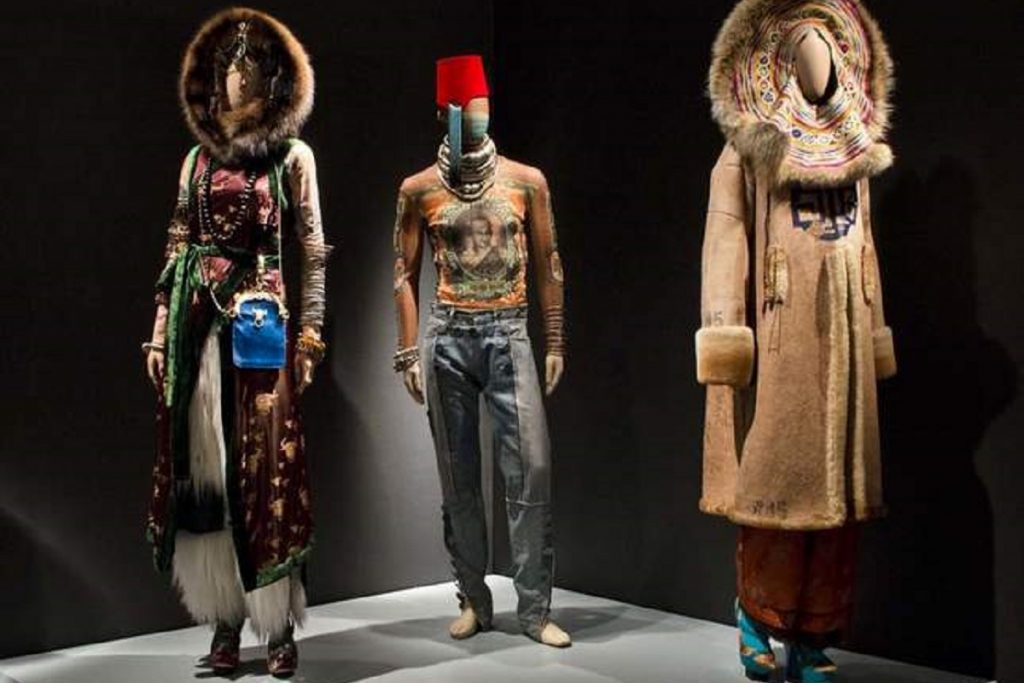 Dubbed fashion’s enfant terrible, Jean Paul Gaultier launched his first prêt-à-porter collection in 1976 and founded his own couture house in 1997. Emerging as a designer in the 1970s, he developed his own dress codes that reflected the changing world around him. The openly gay Gaultier uses his designs to tackle gender and transgender issues through androgynous, gender-bending styles, meanwhile delving even further into some of the darker areas of the sexual revolution. Always provocative, he addresses issues of multiculturalism by bringing ethnic diversity to the Paris runway. Despite the gritty and sometimes controversial context of his collections, the clothes remain beautiful, superbly crafted with the finest dressmaking and detailing skills.

This dynamic, multimedia exhibition will include 140 haute couture and prêt-à-porter designs created between the mid-1970s and 2010, along with numerous sketches, archival documents, fashion photographs, and video clips that spotlight Gaultier’s collaborations with filmmakers, choreographers, and musicians, most notably Madonna. For this presentation, Gaultier partnered with the Montreal-based theater company Ubu Compagnie de Création in the design of 30 animated mannequins who talk and sing in playful and poetic vignettes.

This exhibition is organized by the Montreal Museum of Fine Arts in collaboration with the Maison Jean Paul Gaultier. JoliCoeur International is the official supplier of mannequins for the exhibition.