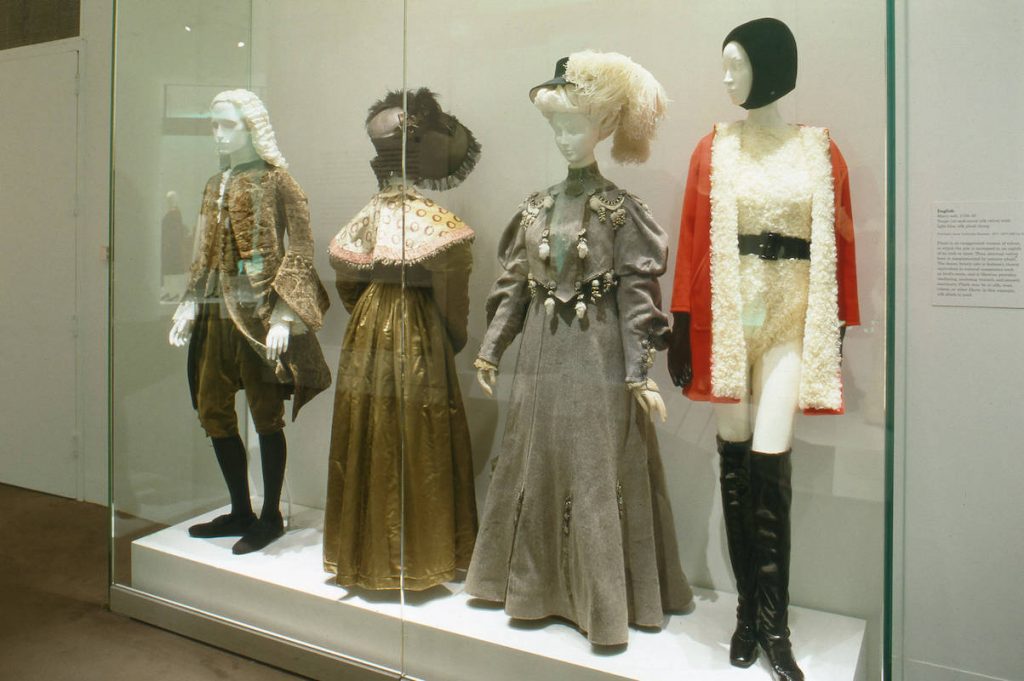 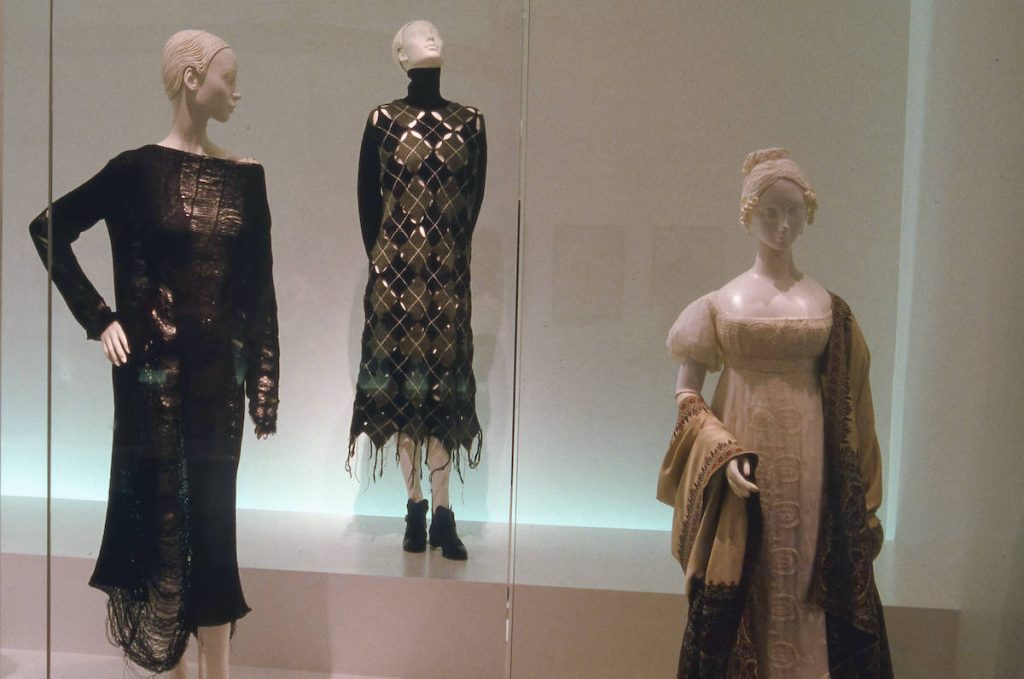 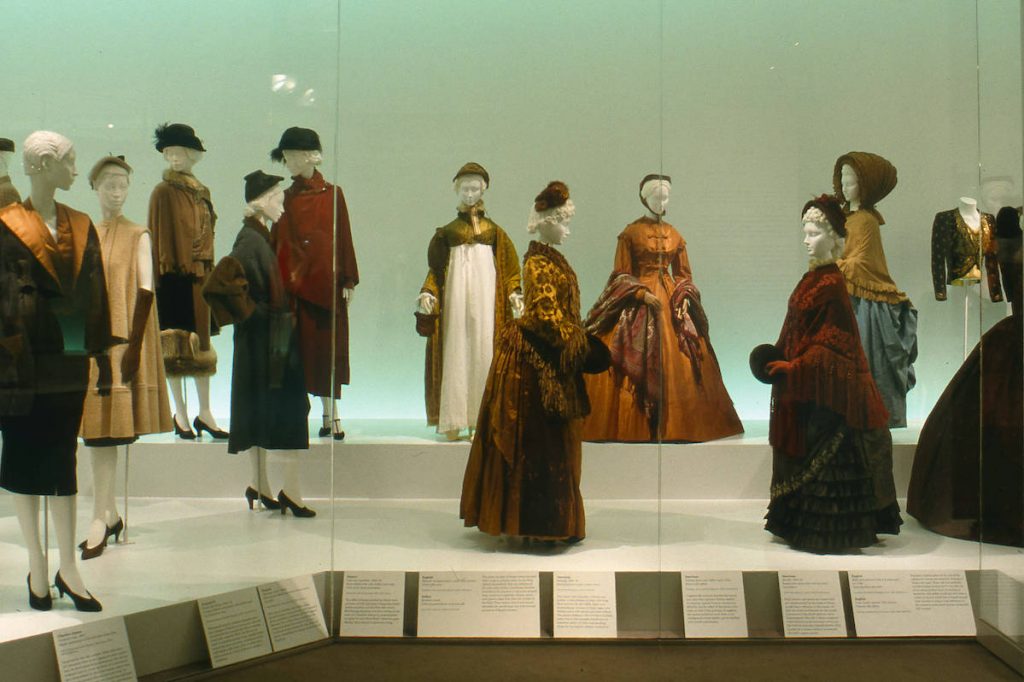 The Costume Institute of The Metropolitan Museum of Art celebrates fashion’s response to seasonal changes in an exhibition of more than 80 costumes drawn from the Museum’s extensive collection. The Four Seasons, on view from April 8 through August 17, will reflect the influence on fashion of changes in climate, social life, recreation, and most important, the habit of dressing.

The exhibition is made possible by DuPont Tactel nylon.

Spanning three centuries — from the 18th century to the present — The Four Seasons demonstrates the fashions associated with each season, including the summer whites of Victorian etiquette and the more robust dressing for snow and cold. Traditional dress codes honored the seasonal calendar in clothing that could only be worn, for example, between Memorial Day and Labor Day or in bonnets at Easter or in fall-winter weights during the cold-weather months. The exhibition presents garments that symbolize the seasons using such allusions as spring flowers and fall leaves as means of emphasizing seasonal difference.

Curator Richard Martin cautions, however, that the exhibition is “not to be taken as a mere apology for fashion’s cycle of presentations and collections on a seasonal basis. Rather, this exhibition offers fashion as a fundamental force in life’s evolution and our security and satisfactions in advancing in the round of the year. Like a garden, like nature, fashion offers splendors of the moment and the promise of a continuous freshness. If anything, our modem environment threatens to make us less sensitive to seasonal change. The Four Seasons reminds us that fashion is and always has been an intuited and deeply emotional calendar.”

The exhibition is organized in the five galleries of The Costume Institute seasonally rather than chronologically. Among the highlights of the exhibition are a Latvian white eiderdown jacket from the 1860s in the Winter gallery􀀟 a French whitework embroidery and Valenciennes lace-trimmed linen afternoon ensemble from 1905 in the Spring gallery; a Claire McCardell red, blue, yellow, green, and white cotton plaid playsuit from 1942, as well as an Hermes red lurex with black and white wasp print bathing suit from the late 1950s in the Summer gallery; and an English man’s wool tweed sporting suit from 1890-1900 in the Autumn gallery.

In the final gallery, an exciting new “fifth” season is introduced where clothing that can be worn all year round is presented. This includes fabrics and colors which at one time were considered strictly limited to a particular season. Among the fibers used in this perennial wardrobe are cashmere, lightweight wool, nylon, spandex, and polyester incorporated into such items as a sleeveless cashmere sweater for summer use, or a winter suit of a synthetic blend. In addition, the clothing makes evident a palette of colors that is seasonless — for example, the summer ice-cream colors of lime, peach, lemon, strawberry, and pistachio are now evident in fashions throughout the year.

The exhibition is organized by Richard Martin, Curator of The Costume Institute. Exhibition design is by David Harvey, Senior Exhibition Designer, with graphics by Jill Hammarberg, Graphics Designer, and lighting by Zack Zanolli, Lighting Designer.