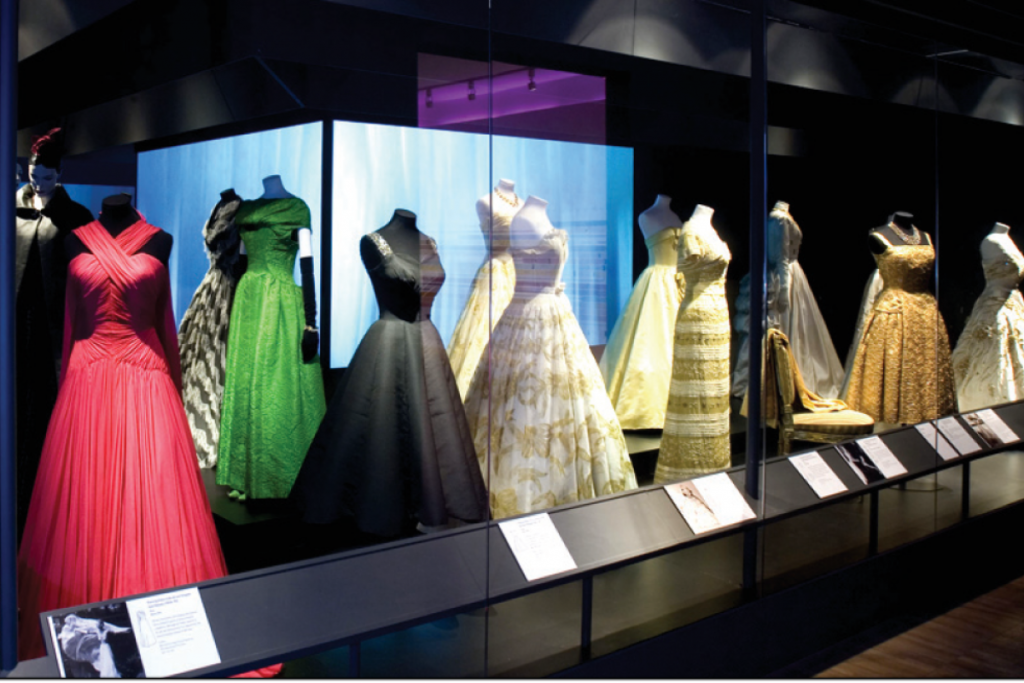 The launch of Christian Dior’s New Look in 1947 marked the beginning of a momentous decade in fashion history, one that Dior himself called the ‘golden age’. Celebrating the end of war and the birth of a new era, it set a standard for dressmaking and high fashion that has rarely been surpassed. The exhibition ‘The Golden Age of Couture: Paris and London 1947–1957’, was on display at the V&A South Kensington from 22 September 2007–6 January 2008.