The Great War: Women and Fashion in a World at War 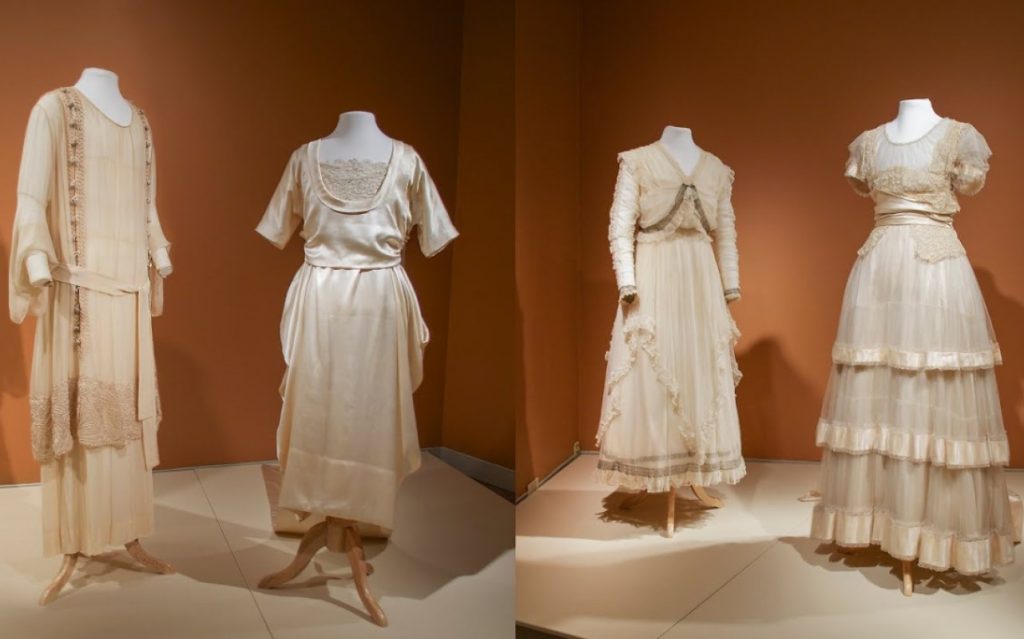 From 1914 until 1918, the world faced war on a scale never before seen. In addition to the loss of millions of lives, this period saw tremendous technological, social and political upheaval. These profound changes led to a transformation in the way women dressed. Increasingly called to work and contribute in numerous ways to the war effort, women made great strides towards equality. The war’s impact reached far beyond men in the trenches to effect women both at home and in the workforce. Women directly served the war effort not just as nurses, but also in roles that had previously been reserved for men including service in the Navy and Marines. Immediately following the war, women in the United States and Canada as well as in several European countries received the right to vote. This exhibition explores how the roles for women changed during and in the immediate aftermath of World War I through a careful look at how they dressed.

While many of women’s inroads into the workforce were quickly reversed once the war ended, the fundamental changes in how women dressed endured. This exhibition looks at how women’s fashions changed in response to these shifting roles. Women adopted shorter skirts and a looser, less confining silhouette. Gone were the cumbersome petticoats and rigid whalebone corsets and in their place were slim, clean lines and serviceable suits.

The exhibition is organized into sections focusing on women at work, at play, and at home. A selection of propaganda posters along with contemporary fashion plates will be displayed alongside actual garments from the period. The nearly 30 ensembles include not just fashionable day and evening wear, but working clothes including a naval uniform and nursing uniform, as well as athletic clothing and bathing suits. A selection of undergarments and accessories such as hats and shoes further illustrates the changes in silhouettes.

The videos from this exhibition can be found on the Kent State University Museum’s YouTube playlist.