The House of Viktor & Rolf (Touring) 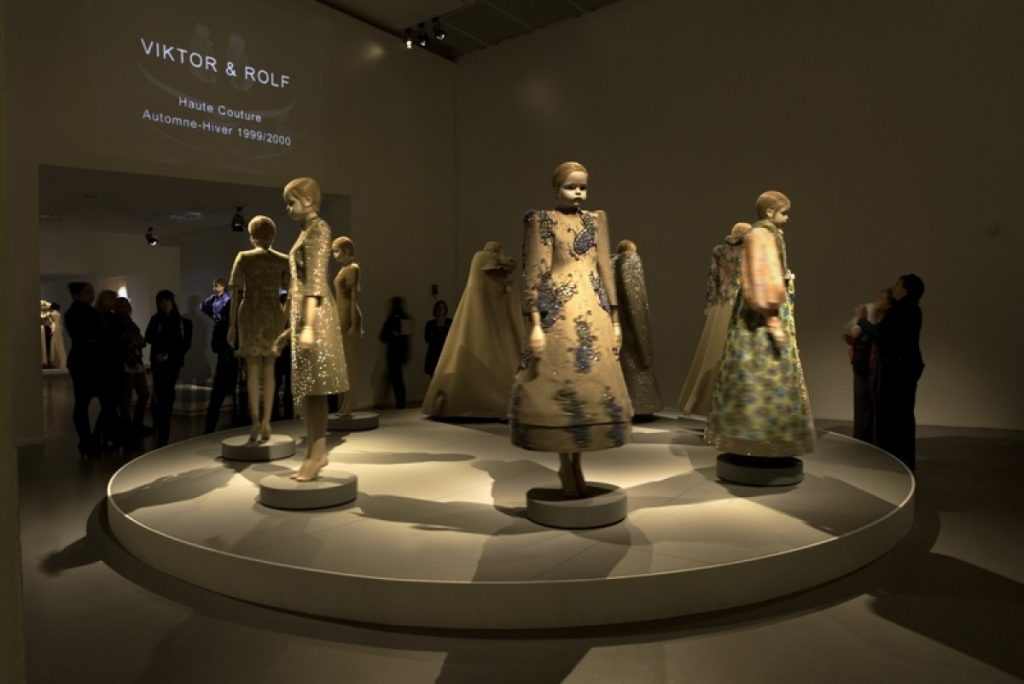 The retrospective exhibition ‘The House of Viktor & Rolf’ was opened on November 25, 2008 in the Centraal Museum. This retrospective showcased the spectacular highlights of the Viktor & Rolf collections from approximately 1993 to 2008. During this period, the influential duo conquered the fashion world with their signature blend of cool irony and surreal beauty. After a successful presentation in the Barbican Art Gallery in London, the exhibition visited the Centraal Museum in Utrecht. Contemporary fashion is an important spearhead of the Centraal Museum.

The House of Viktor & Rolf
Entirely in the style of Viktor & Rolf, their oeuvre was mapped out in a grand way. An imposing dollhouse housed meticulously recreated miniatures of the original pieces, displayed on handmade porcelain dolls. These were each dressed in an exact copy of the original look as shown at the Paris shows at the time. The original designs also played an important role. Highlights included haute couture pieces from Bedtime Story (2005-2006) with embroidery anglaise, quilting and ruffles, and Russian Doll (1999-2000) in which only one model was dressed by the designers themselves in 10 separate layers, in a show reminiscent of performance art.

International allure
The works of Viktor & Rolf are part of important international collections and have been shown in various exhibitions at the Kyoto Costume Institute in Kyoto, the Musée de la Mode et du Textile in Paris, the Museum of Contemporary Art in Los Angeles and the Museum of Fine Arts in Boston. In 1998, the Centraal Museum was the first museum to purchase designs from Viktor & Rolf. Since then, the museum has continued to follow the pair by purchasing a representative piece from almost every collection. The museum now has 29 pieces by Viktor & Rolf in its collection, many of which have been shown in the exhibition.

Viktor & Rolf
Viktor Horsting (1969) & Rolf Sneringen (1969) have been working together since their graduation from the Arnhem School of the Arts in 1992. In January 1998 they presented the first haute couture collection, which was followed in March 2000 by their first ready-to-wear. to-wear collection. Viktor & Rolf became established names, partly thanks to the widely popular perfume Flowerbomb, and a sold-out collection for the H&M retail chain in 2006.

The exhibition was created in collaboration with Premsela – Dutch Platform for Design and Fashion.

ELLE was the media partner of this exhibition.