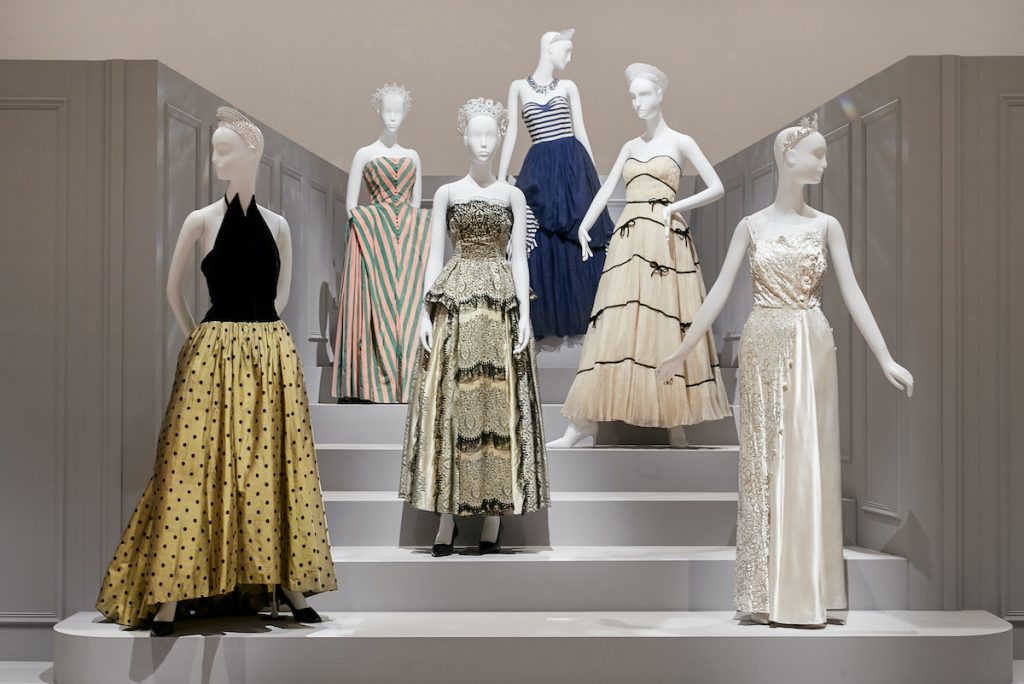 The Krystyna Campbell-Pretty Fashion Gift is a microcosm of the world of haute couture and Parisian fashion from the late nineteenth century to the twenty-first century. Featuring designers from Charles Frederick Worth, the celebrated ‘father of haute couture’, to the iconoclastic Alexander McQueen, the exhibition includes over 200 garments and archive works from the extensive fashion research collection comprising hundreds of designers’ sketches; workbooks; photographs; and fashion magazines, journals and periodicals from the early nineteenth century onwards. The selection is representative of Paris fashion and haute couture and demonstrates how a focused supporter can transform a museum collection.

Krystyna Campbell-Pretty’s support has introduced into the NGV Collection designers such as Elsa Schiaparelli, whose garments included Surrealist elements; Boué Soeurs, who were specialists in embroidery; and Christian Lacroix, who had a deep appreciation of history, textiles, colour and drama. The gift also includes Gabrielle ‘Coco’ Chanel’s ‘little black dress’ in a number of styles, with the earliest from 1919; Madame Grès’ columnar gowns and sculptural bias-cut gowns by Madeleine Vionnet, a designer of the 1920s and 1930s who has inspired countless designers, including Issey Miyake and John Galliano.

The exhibition is accompanied by a richly illustrated catalogue of over 300 pages including focused entries on major fashion houses and designers as well as an interview between Olivier Gabet, Director of the Musée des Arts Décoratifs and Krystyna Campbell-Pretty about her personal history and her philanthropic motivations. It also includes essays by Françoise Tétart-Vittu, former curator at the Palais Galliera, and by NGV Curators.