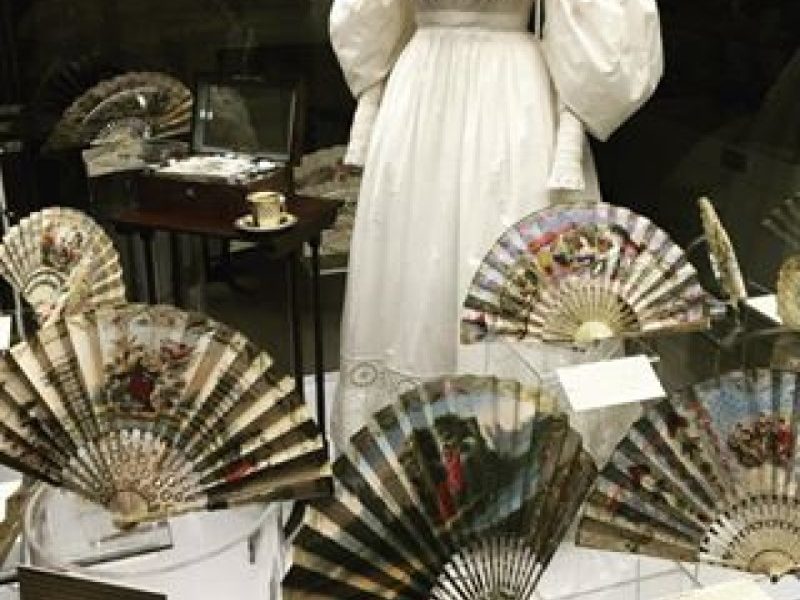 In Europe, the beginning of the 19th century witnessed significant social and political upheavals. The Napoleonic Wars reverberated across the continent and affected life on an unprecedented scale. In France, fan-makers and their apprentices downed tools and joined the military and the ‘golden age’ of fan-making, typified by the exquisitely crafted confections of the previous century, appeared to reach an abrupt end. Although the materials used to fashion fans were, as a result of trading embargoes, generally less precious, fans continued to reflect the hopes, fears and aspirations of society at large.

Celebrating a period during which historical ideals and past traditions were glorified, The Romantic Age features a diverse array of fans ranging from intricate brisé models to Franco-Spanish examples decorated with subjects such as the operas of Rossini – at their most popular during the 1820s-1830s following the composer’s celebrated tour of Spain.

Additionally, fans which reflect the troubadour style and a return to the chivalric principles of the past will be on display alongside fans commemorating Napoleon and the return of his ashes to France in 1840.