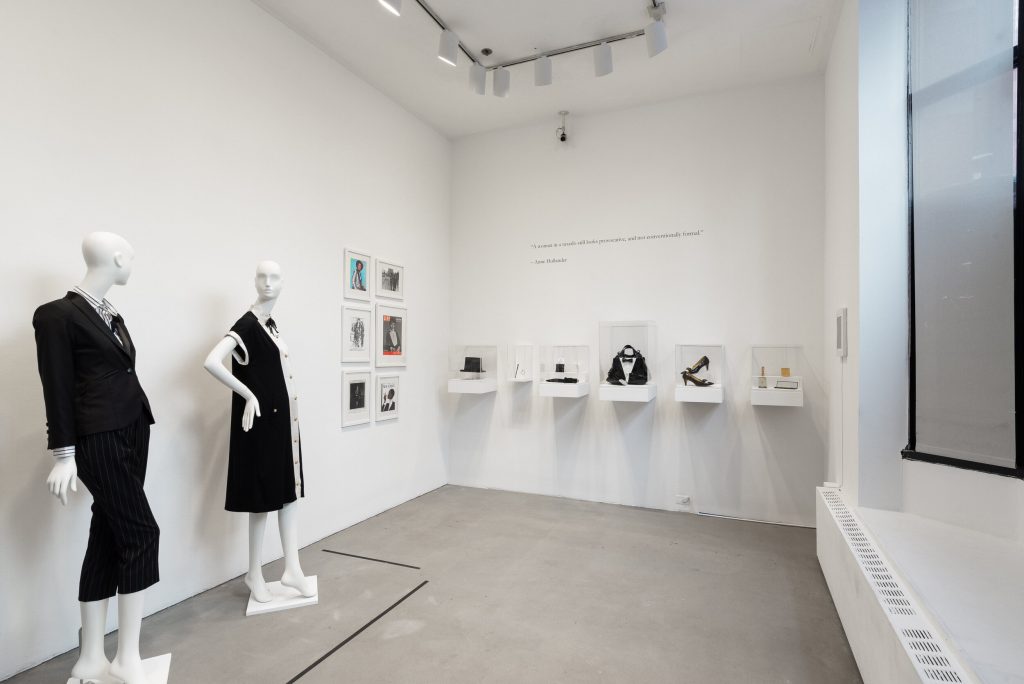 Since the tuxedo was first introduced in the nineteenth century, it has evolved into the standard for men’s semi-formal attire. Transcending those origins, however, the tuxedo has become a symbol of power and transgression when incorporated into women’s wardrobes. Writing two decades after women’s fashion came to accept the pantsuit, art historian Anne Hollander noted how the tuxedo still functioned as an outlier. “A woman in a tuxedo still looks provocative, and not conventionally formal,” she writes in Sex and Suits.

The Tuxedo Redefined explores how women have appropriated the tradition of men’s black tie attire—from quotidian dress to high fashion—and the ways in which this influential garment has served as a tool for provocation that can reflect transformative notions of gender, class, and sexual identity.

The exhibit features clothing, accessories, photographs, and films that demonstrate the performative, commercial, and artistic reach of the tuxedo: A 1987 Chanel dress by Karl Lagerfeld will examine the aesthetic adaptations of womenswear, while fashion advertising and imagery for designer brands—such as Yves Saint Laurent, Gucci, and After Six—will showcase how tuxedo marketing has considered female and male consumers alike. Lastly, film clips and photographs featuring Hollywood stars, from Marlene Dietrich to Janelle Monáe, will address the crucial role that the tuxedo has played in shaping women’s identities—both on and off the screen