The Vanishing Art of Camouflage 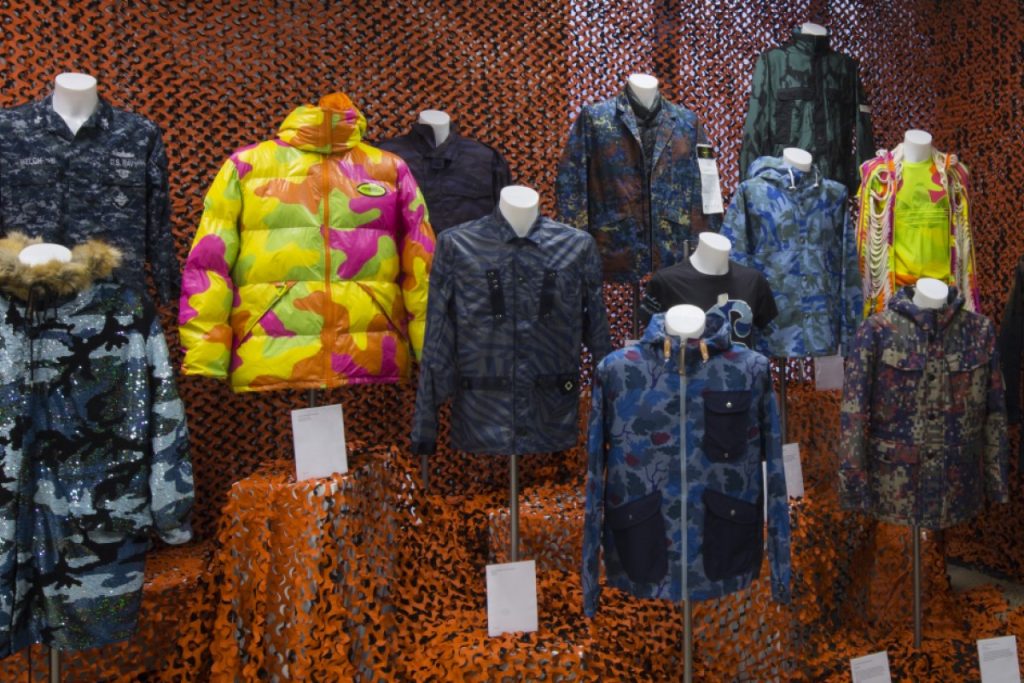 Against a contemporary backdrop of ceaseless military action, camouflage has been adopted by civilians as a ubiquitous pattern of our lives, adorning runways, sportswear, skateboards, toilet papers and even condoms.

Used for its striking designs, its ‘patterned disorder’ and its symbolism, the exhibition explores its artistic, fashionable and political use as a strategic and aspirational means to make the visible invisible, and paradoxically the unseen seen.

Using examples that illustrate the development of camouflage from its early military beginnings at the turn of the twentieth century through its varied relationships with artists and designers, the exhibition incorporates still imagery and film to examine the visual, stylistic, sociological, and political context; analysing its widespread appropriation – from fashion to art to architecture.

Featuring a range of historical military garments alongside their adaptive high-end fashion versions, the exhibition also includes a selection of unusual artifacts that have adapted camouflage for their own means, and questions the neutrality of blending in as a means of survival.

Image courtesy of University of Westminster