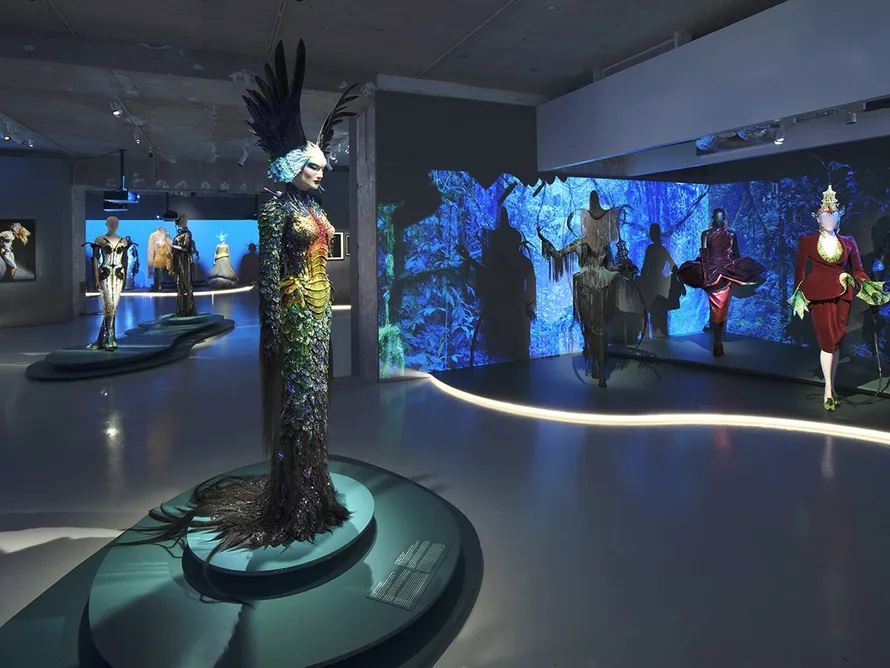 The Musée des Arts Décoratifs presents Thierry Mugler, Couturissime, initiated, produced and circulated by the Montreal Museum of Fine Arts (MMFA) in 2019. This major and unparalleled exhibition will retrace the work of Thierry Mugler, a singular artist who has revolutionized the worlds of fashion, haute couture and perfume throughout his distinguished career.

The stage offered by the Musée des Arts Décoratifs for Mugler’s exceptional creations will mark the return of this visionary artist to Paris, where his fame began nearly five decades ago. From ready-to-wear and haute couture silhouettes to stage costumes, photographs, films and unpublished archives dating from 1973 to 2014, Thierry Mugler, Couturissime will showcase the fascinating universe of this creator and his multiple collaborations in the fields of entertainment, music and cinema. Curated by Thierry-Maxime Loriot, a collective scenography with the MMFA will include digital performances by entertainment and audiovisual professionals.