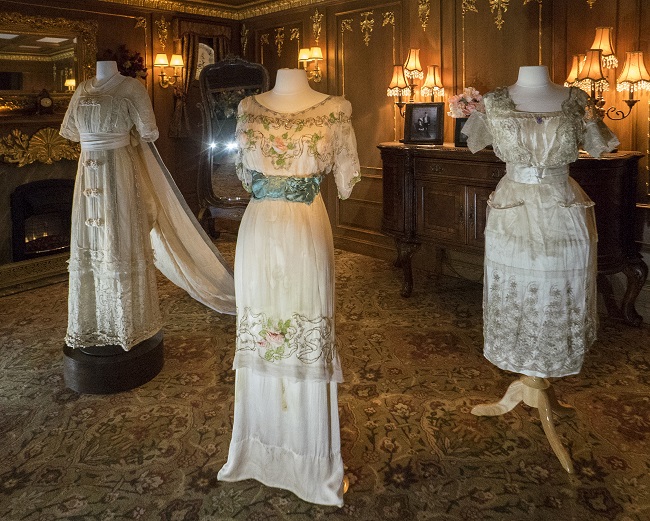 A 1911 silk and lace wedding or presentation gown by Lucile was installed at the Titanic Museum in Pigeon Forge, Tennessee where it was seen by 550,000 visitors in 10 months.

Lucy Christiana Sutherland was born in London, England in 1863 but after her father died the family returned to her mother’s parental home in Guelph, Ontario until 1872. In 1894, Lucy opened her fashion business in London’s West End, making clothes for many of the top English actresses of the day. Lucile and her second husband Sir Cosmo Duff Gordon were famous survivors of the Titanic, which brought business to Lucile, making her a leading designer of the 1910s. However, her designs did not suit the 1920s, and Lucile left her own company in 1922.