Treasures from the Palace Museum: The Flourishing of China in the 18th Century 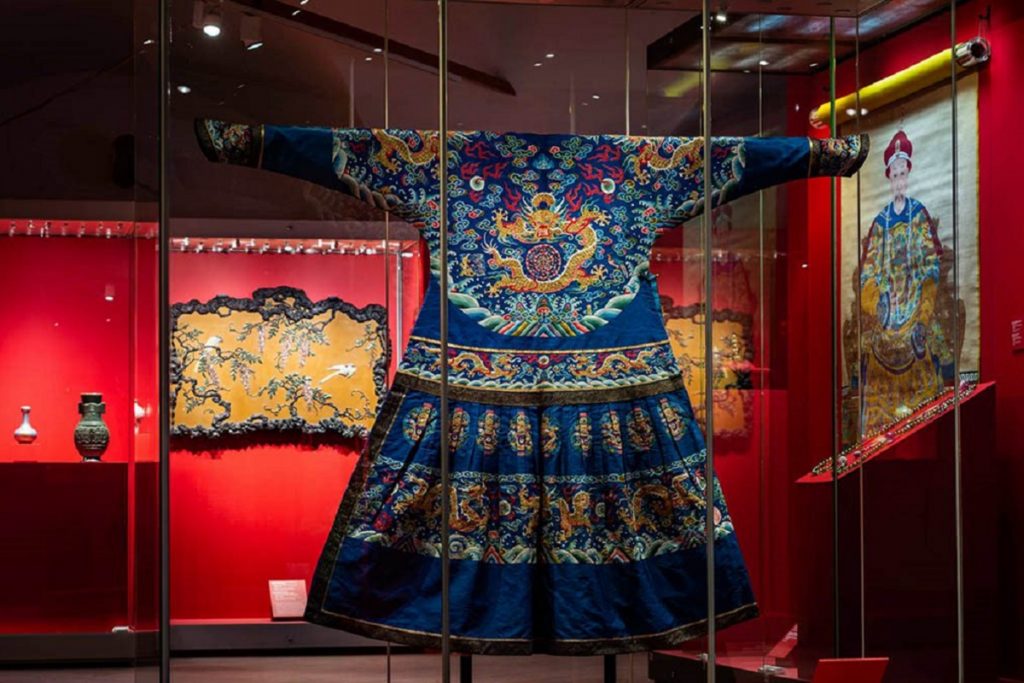 The exhibition “Treasures from the Palace Museum: The Flourishing of China in the 18th Century” opens at the Moscow Kremlin Museums on March 15, 2019. The display will be a part of the cultural exchange initiative between Russia and China. The second part of the project – the exhibition ‘Russian Court Ceremony” – will be opened at the Palace Museum (Gugong) in Beijing in August 2019.

Located at the Patriarch’s Palace and the Assumption Belfry galleries, the exhibition from Beijing Palace Museum is devoted to the ascending to the throne as well as the everyday life and the official events of the Qing court. The enthronement of a new emperor was the most important and solemn ritual; it was strictly regulated and included numerous elaborated ceremonies. Ten emperors of the Qing dynasty have ascended on the throne at the Imperial Palace of the Purple Forbidden City. That explains the splendour of the objects relating to the enthronement, kept at the Palace Museum (Gugong). The most remarkable and significant pieces of this world-famous collection will be on display for the first time at the Moscow Kremlin Museums.

Visitors will see over a hundred of exhibits among which are symbols of authority, emperors and empresses’ ceremonial attire, jewellery, portraits, paintings and calligraphy, documents and memorabilia, as well as the gifts from Qianlong emperor to his mother. Qianlong was a true sample of the filial love: as soon as he ascended the throne, he gave his mother the honorary title of Chongqing – Divine Mother Empress Dowager – and took care of her for the next forty-two years. Empress Xiaoshengxian lived to be eighty-five and became the longest-living Empress Dowager of the Qing dynasty.

Emperor Qianlong’s reign lasted for sixty-three years and four months and became the longest in the history of China. Marked by military success and achievements in politics, by the spread of Tibetan Buddhism and a particular attitude of the enlightened ruler towards ancient cultural heritage, the rule of Qianlong is regarded the “golden age” of culture in Late Imperial China. Being a man of many talents, the Emperor had an exquisite taste, and he personally controlled the creation of various works of applied art at the court. Many of these will be on display at the Moscow Kremlin Museums for the period from 15 March to 30 May 2019.