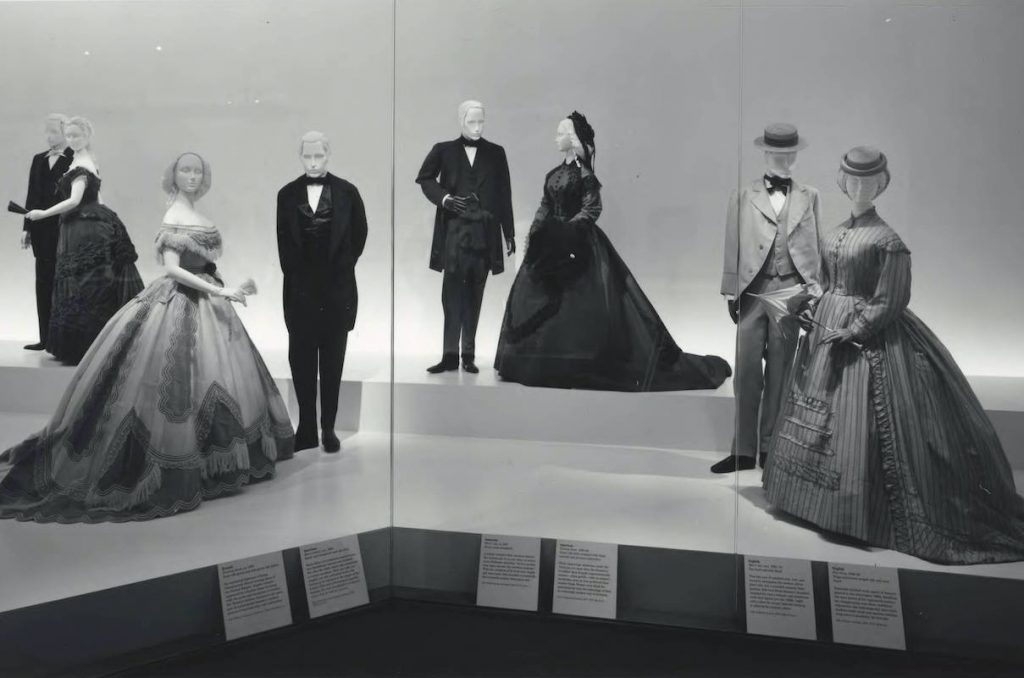 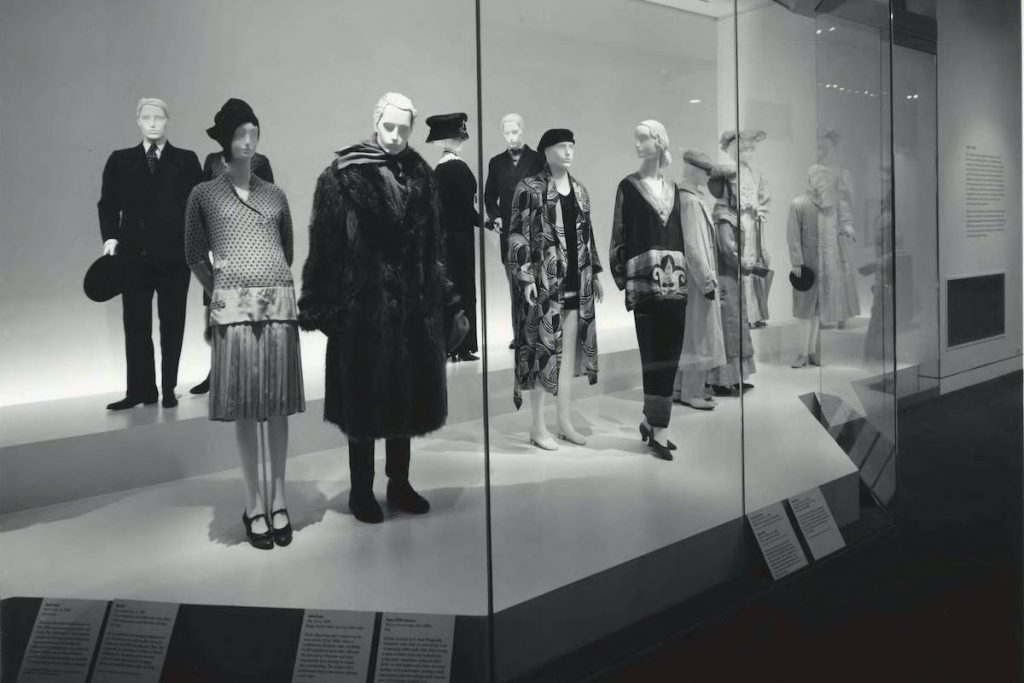 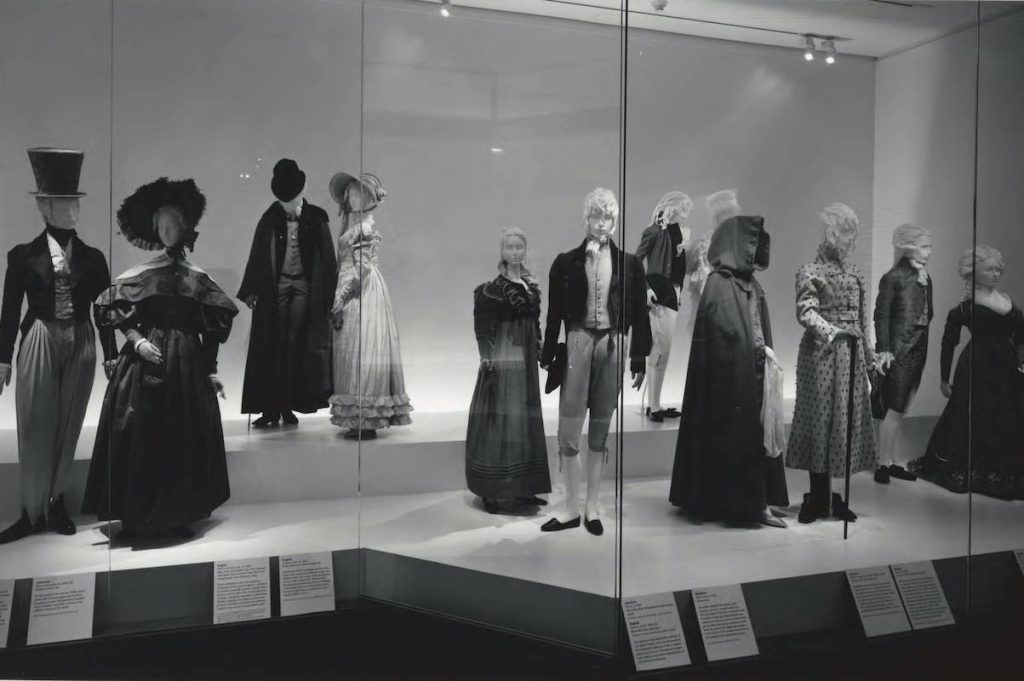 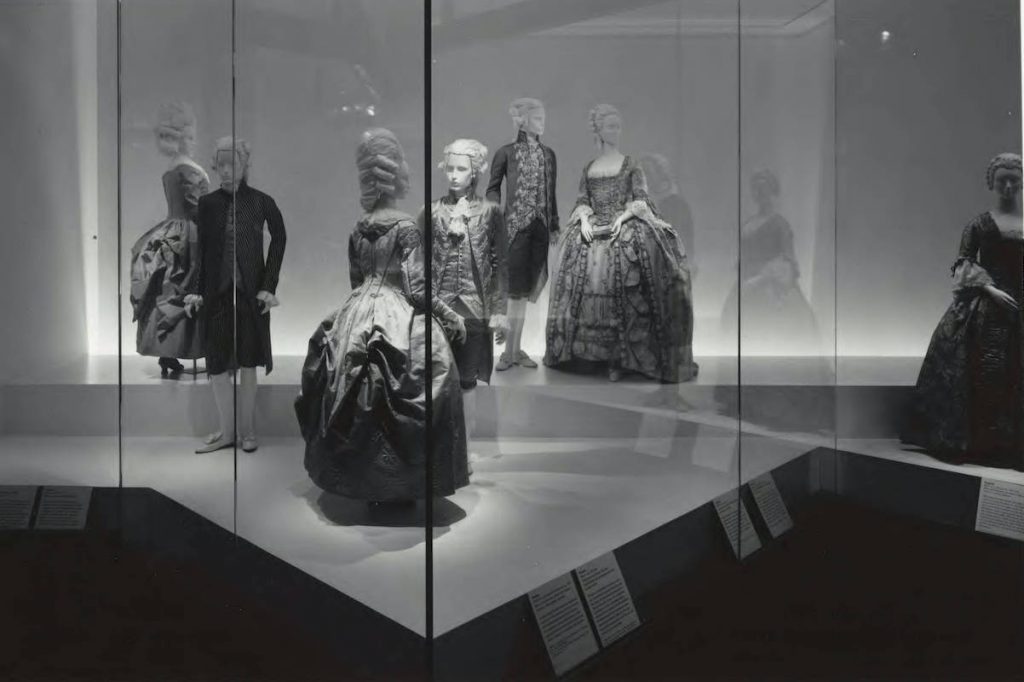 Two by Two, the first exhibition at The Metropolitan Museum of Art to offer a simultaneous history of apparel with equal attention to men and women, opens in The Costume Institute on September 10. Creating what Curator Richard Martin describes as a “Noah’s Ark” of twosomes through history, this unusual exhibition presents men’s and women’s clothing paired in a historical survey from the 18th century to the 1970s. Issues of gender and fashion history are examined through the complements of menswear and womenswear.

The exhibition is made possible by Ermenegildo Zegna.

Two by Two is selected from The Costume Institute’s extensive collection.The duos presented belie the traditional view that menswear and womenswear are divided. Two by Two makes no assumption of gender likeness or gender difference, but offers the first charting of a history of apparel that recognizes men and women together. Curator Richard Martin remarked: “Our mingling of men and women in this exhibition has a marked effect. Two by Two feels more like real life: it is like seeing people on the street, at parties, or in any other daily occurrence, rather than the usual disproportion 0f women in fashion exhibitions. There is something very lively about this art-imitating-life circumstance of a gender balance. Moreover, the issues of gender are inevitably rendered more obvious and more profound in the presence of men and women together — silhouettes, materials, and self-presentation are all more evident in our two-by­-two scheme.”

The 18th-century clothing in the exhibition represents menswear at its most decorated and flamboyant, with the male costume of court life rivaling the adornments of female beauty. In the 19th century, menswear began to assume the black, gray, and navy of the industrial mantle, while women’s clothing reflected the changing tastes of fashion to a greater extent.

In the 1830s, men’s silhouettes and women’s costume shapes were analogous to each other: in each case, the waists were raised and the hips widened. In the late years of the century, men’s cosmopolitan and business attire sought the solid forms that were a counterpart to women’s silhouettes. In the 20th century, men’s and women’s apparel have converged at moments of unisex idealism, and diverged in other instances of archetypal masculinity and femininity.

The exhibition will include an 18th-century couple in court dress, the man’s gold­trimmed three-piece suit a recent acquisition of The Costume Institute; a man and woman of the 1830s, surprisingly alike in high-waisted silhouette; evening outfits of the 1930s, worn by and donated by the Duke and Duchess of Windsor; utopian and unisex outfits of circa 1970,the closing couple of the exhibition. Approximately 100 mannequins — 50 couples — will display this premier pairing of men’s and women’s clothing.

The exhibition’s curators are Richard Martin and Harold Koda, Curator and Associate Curator respectively of The Costume Institute. Exhibition design is by David Harvey, Exhibition Designer, with graphics by Sophia Geronimus, Graphic Designer, and lighting by Zack Zanolli, Lighting Designer.