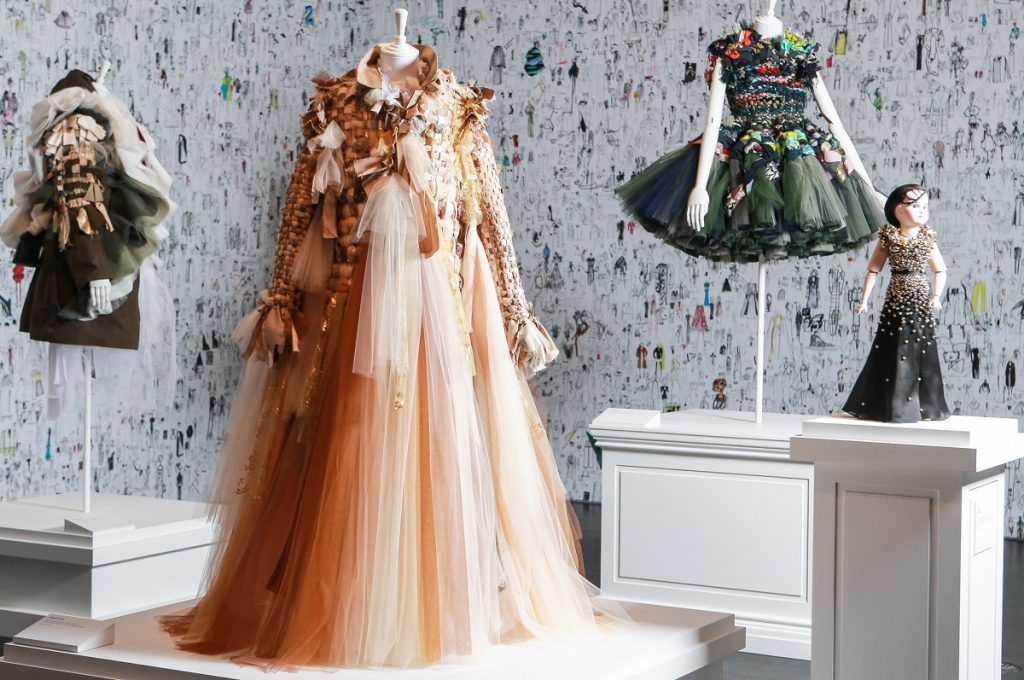 The spectacular and avant-garde creations of international luxury fashion house, Viktor&Rolf, will be showcased in a world-first exhibition developed in collaboration with the National Gallery of Victoria. Viktor&Rolf: Fashion Artists, opening October 2016 at the NGV, Melbourne, Australia, is set to explore Viktor&Rolf’s notion of wearable art.

As self-confessed outsiders of the fashion world, since forming their artistic partnership in 1992, fashion artists Viktor Horsting and Rolf Snoeren have gained critical acclaim for their rebellious approach to design, technical virtuosity, and deep knowledge of fashion history. Throughout their illustrious twenty-year career, Viktor&Rolf have carved a contradictory identity that pushes the boundaries between art and fashion, often contrasting romance and violence, exuberance and control, classicism and rebellion.

The duo have become renowned for their experimental runway shows, including their 1999 ‘Russian Doll’ runway show in which model Maggie Rizer was progressively dressed by the designers in nine different layers and 2003’s ‘One Woman Show’ fashion collection inspired by actress and muse Tilda Swinton, in which the actress herself appeared amidst a runway of models made up in her likeness.

The exhibition will feature some of the most show-stopping and innovative works by the Dutch design duo. These will include over 35 haute couture pieces from the designers’ collections, presented alongside earlier designs from the Viktor&Rolf archive and international museum collections. Also on display will be a selection of their work-in-progress “Dolls”: replicas of antique dolls dressed in the designers’ most iconic looks.

The exhibition has been developed in close collaboration with Viktor&Rolf and international guest curator Thierry-Maxime Loriot, curator of the NGV’s blockbuster exhibition The Fashion World of Jean Paul Gaultier.

Of the upcoming exhibition, Viktor Horsting and Rolf Snoeren jointly state, ‘We are extremely excited to be working in collaboration with the National Gallery of Victoria on this exhibition and highlighting the craftsmanship involved in creating our wearable art. It is an honor for us to bring our designs to the Southern Hemisphere.’

“Viktor&Rolf stretches the definition of both fashion and art. Their boundary-pushing designs challenge the way fashion is developed, presented and disseminated with masterful craftsmanship, intellectual rigour and an ironic sense of humour. This exhibition will be a rare opportunity to experience the unconventional creativity and technical brilliance of this innovative Dutch duo.“

“With exquisite craftmanship and dreamy silhouettes, sometimes made from tinkling bells or red carpet, the Dutch fashion artists Viktor&Rolf have been creating wearable art for the past twenty years in a unique, singular style.“

A FREE kids exhibition Viktor&Rolf for Kids will also open on from 21 October 2016 – 26 February 2017 at NGV International, developed by the NGV in collaboration with Viktor&Rolf especially for children and families. The exhibition will encourage children to explore their creativity through interactive multimedia activities and hands on tasks, including a particular focus on the olfactory experience referencing Viktor&Rolf’s experience in scent design.