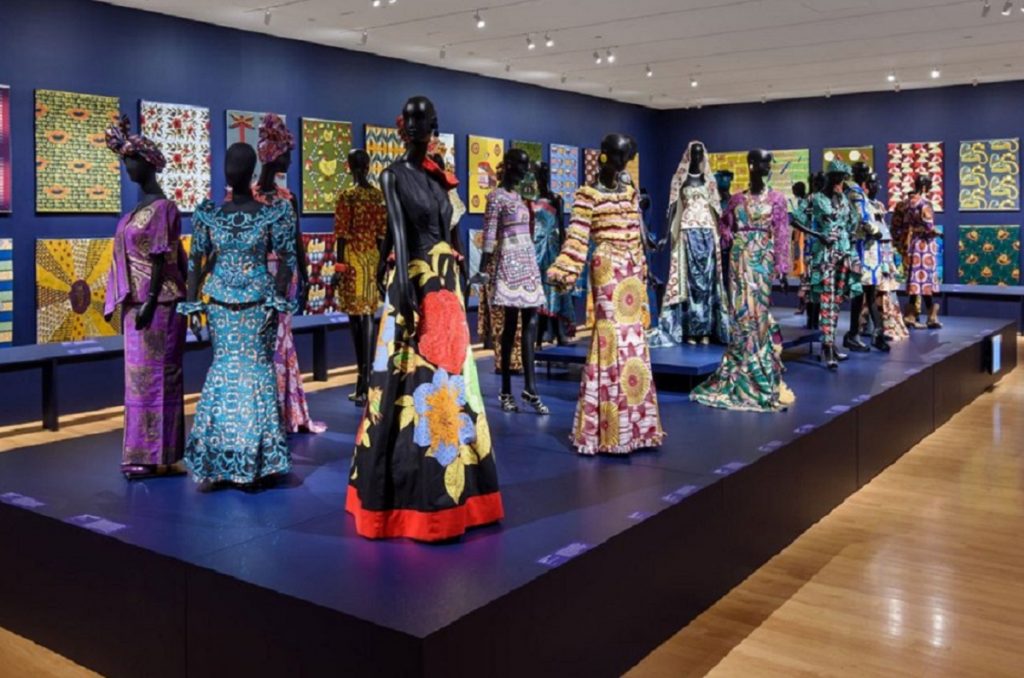 Discover the surprising story behind the colorful fabrics long associated with African fashion.

Explore how the Dutch company Vlisco became one of the most influential textile brands in West and Central African fashion and a design inspiration around the world. Known for its bold and colorful patterns, Vlisco creates fabrics that marry tradition with luxury. This exhibition highlights the company’s classic and new designs, follows the creation of a textile, and showcases a selection of contemporary fashions by African and European makers as well as Vlisco’s in-house design team.

The wax printed textiles associated with Central and West Africa have a surprising history. Although consumers in Africa and the diaspora embrace them as African, the fabrics have long been designed and manufactured in Europe, and now in China and India. The most luxurious are the wax prints designed and made in the Netherlands by Vlisco. Shortly after its founding in 1846, the company began exporting imitation batiks to the Dutch East Indies (Indonesia). Three decades later, Vlisco found a new market in West Africa.

What’s in a Name?

Printed cloth leaves Vlisco’s factory identified only by a stock number. The female traders who sell the cloth in open-air markets and their customers name the patterns after proverbs, current events, politics, religion, and material culture. One design can have many interpretations depending on where it is used. It is through naming that the prints acquire social meaning, status, and value and become culturally assimilated into African society.

This exhibition is offered in conjunction with Creative Africa, a season devoted to African art and design. Share your experience #CreativeAfrica @philamuseum.