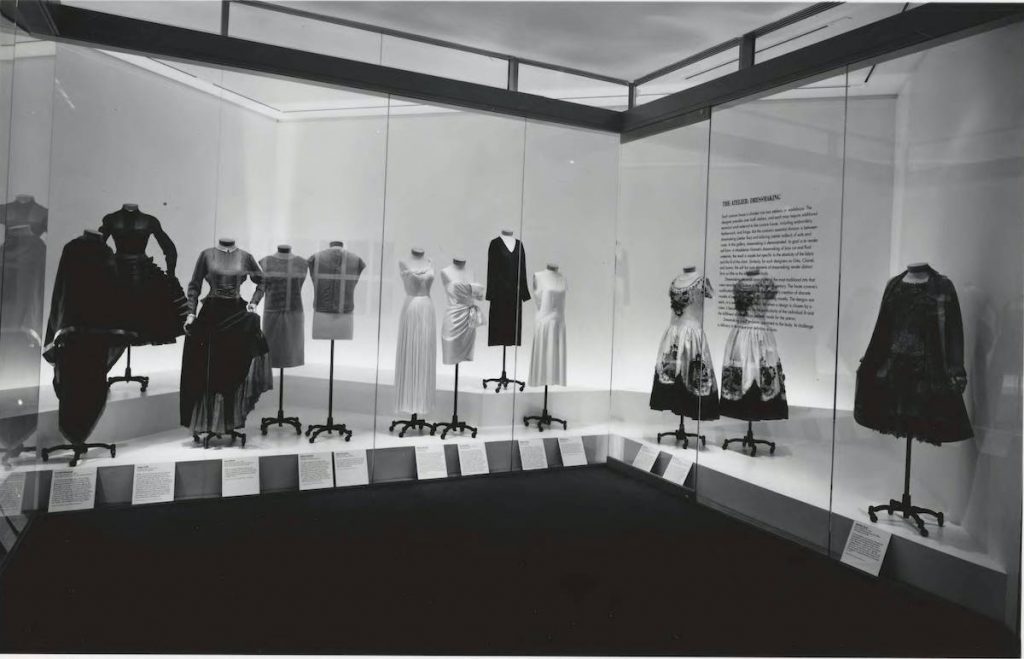 Ancient Greek philosopher Protagoras said that “man is the measure of all things.” But what is our index and meter? Surely, before we can compute all things, we must be able to assess ourselves. Anatomy is a science of the body’s composition. Fashion is an art, correlative to anatomy, that defines the body and is inevitably defined by the body. Waist Not studies the movements and variations of the waist that have occurred in Western European and American dress from the eighteenth century to the present. Anatomically, the. waist is the zone between the hips and ribs that is unprotected and undefined by a hard body cage. But fashion’s waist has shifted to areas beyond that anatomical zone: It has deviated high and low, has been defined diagonally from front to back, has been emphasized by swelled shapeing of the bust and hips, has been compressed to utmost diminution, and has even disappeared entirely. Seldom does fashion conform to the natural waist, however Actively positioned it may be. Instead, fashion’ s waist has served as a moveable fulcrum determining body silhouette and proportions.

Waist Not describes the physical and representational ideals of the human body through history. In some cultures, including our own, such ideals have been taken as an opportunity to deform the natural body. But fashion’ s inconstant waist is not a sign for body subjugation. Rather, its changes and options suggest that fashion assumes a task of rendering more similar, at least in ideal form, the range of human bodies. Rather, Waist Not is an effective reminder than human being is “the measure of all things,” that all measure and appraisal begin with the individual and his or her body and self-image.

Image courtesy of the Metropolitan Museum of Art