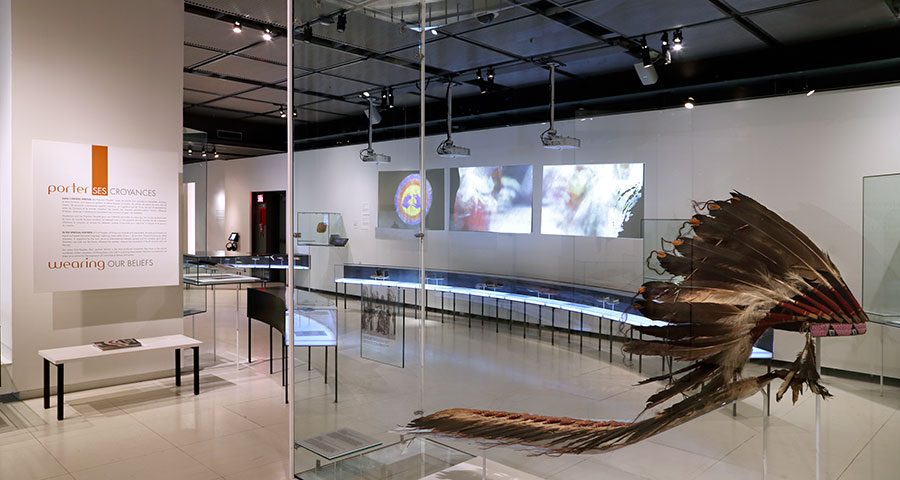 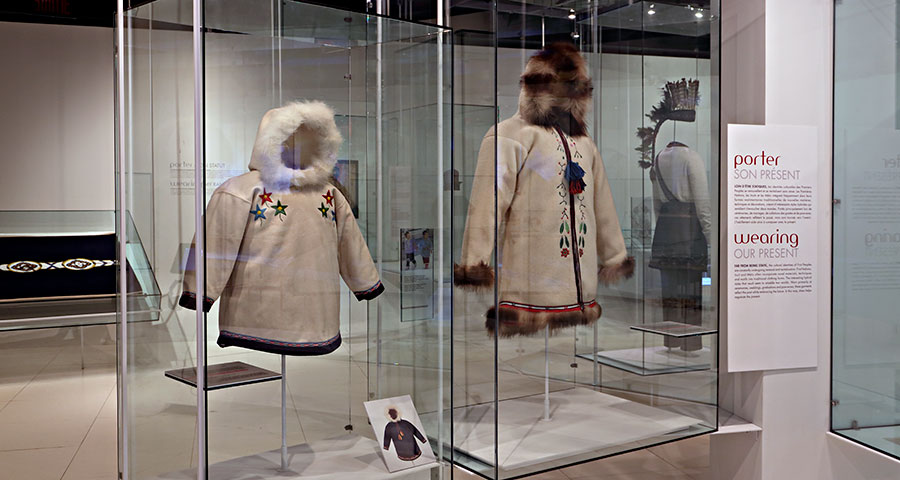 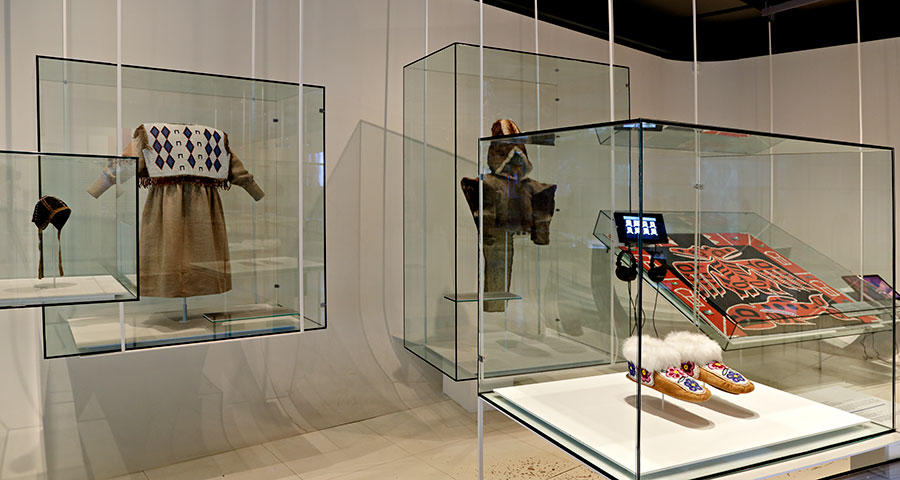 Through some 100 garments and accessories dating from the late 19th century to today, Wearing our Identity – The First Peoples Collection invites the public to discover the importance of clothing in the development, preservation and communication of the social, cultural, political and spiritual identities of the First Nations, Inuit and Métis of Canada.

The relationship between dress and identity is profound for members of Indigenous communities. Beyond its practical use, clothing conveys information about the identity of the individual wearing it and sometimes pays tribute to a person’s significant achievements or highlights the intimate connection between human beings and nature.

Today, clothing eloquently shows the vitality and creativity of contemporary Indigenous cultures, which have found a balance between ancestral knowledge and lived reality, between tradition and innovation.

Produced in close collaboration with an Indigenous advisory committee, Wearing our Identity – The First Peoples Collection is a universal invitation to reflect on the perception of clothing as an affirmation of one’s identity.