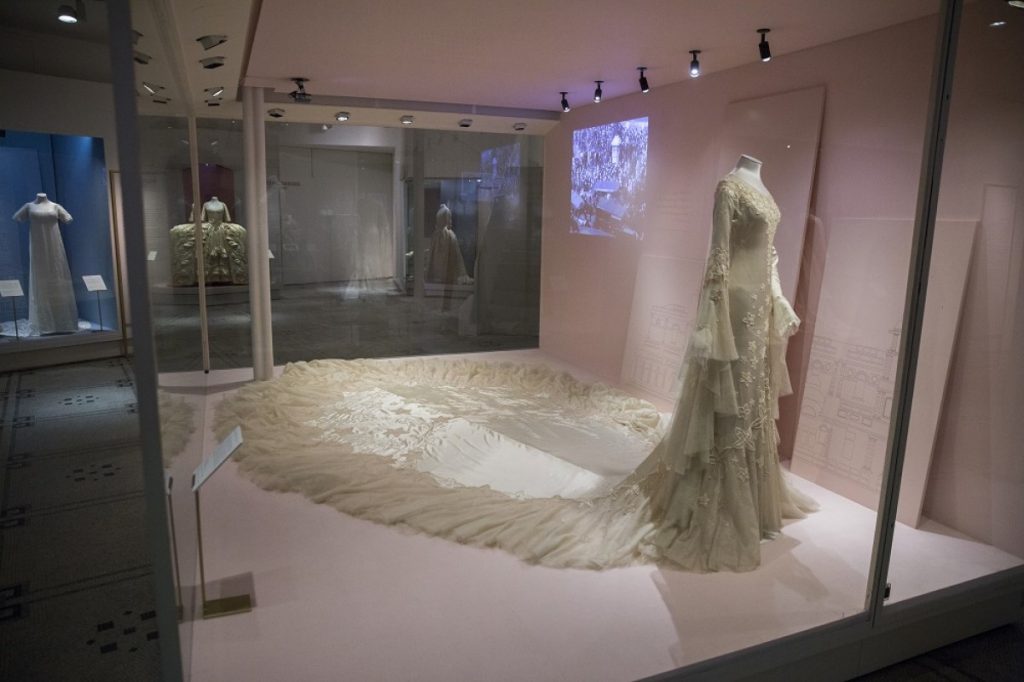 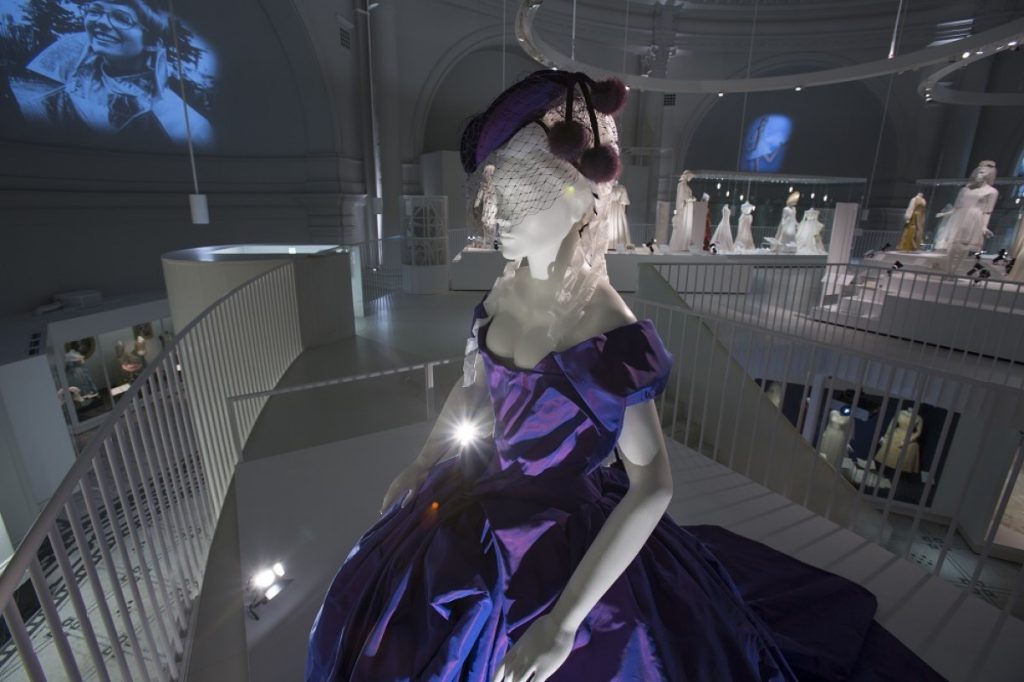 The V&A’s spring 2014 exhibition traces the development of the fashionable white wedding dress and its interpretation by leading couturiers and designers, offering a panorama of fashion over the last two Centuries.

Wedding Dresses 1775-2014 features over 80 of the most romantic, glamorous and extravagant wedding outfits from the V&A’s collection. It includes important new acquisitions as well as loans such as Kate Moss’s spectacular couture wedding dress designed by John Galliano and Jamie Hince’s outfit by Stefano Pilati for Yves Saint Laurent (2011), the embroidered silk coat designed by Robinson and Valentine and worn by The Duchess of Cornwall for the blessing after her marriage to HRH The Prince of Wales (2005), the purple Vivienne Westwood dress chosen by Dita Von Teese (2005), and the Dior outfits worn by Gwen Stefani and Gavin Rossdale on their wedding day (2002). Displayed chronologically over two floors, the exhibition focuses on bridal wear. Most of the outfits were worn in Britain, by brides of many faiths. Alongside the dresses are accessories including jewellery, shoes, garters, veils, wreaths, hats and corsetry as well as fashion sketches and personal photographs. Garments worn by bridegrooms and attendants are also on display. The exhibition investigates the histories of the garments, revealing fascinating and personal details about the lives of the wearers, giving an intimate insight into their occupations, circumstances and fashion choices.

The opening section of the exhibition features some of the earliest examples of wedding fashion including a silk satin court dress (1775) and a brocade gown with its original bergère hat and shoes (1780) lent by Chertsey Museum. The preference for white in the 19th century is demonstrated by a white muslin wedding dress embroidered with flowers, leaves and berries (1807) recently acquired by the V&A, and a wedding outfit embellished with pearl beads designed by Charles Frederick Worth (1880). As the 19th century drew to a close historical costume influenced fashion. A fine example is a copy of a Paris model designed by Paquin Lalanne et Cie made by Stern Brothers of New York (1890) for an American bride.

Designs from the 1920s and 1930s illustrate the glamour of bridal wear which was now influenced by evening fashions, dresses were slim-hipped and made from richly beaded textured fabrics and slinky bias-cut satin. During the Second World War when clothing restrictions were introduced, brides needed to make imaginative and practical fashion choices. They used non-rationed fabrics such as upholstery materials, net curtaining and parachute silk, or married in a smart day dress or service uniform. On display is a buttercup patterned dress made in light-weight upholstery fabric by London dressmaker Ella Dolling (1941).

Wedding Dresses 1775-2014 also explores the growth of the wedding industry and the effect of increasing media focus on wedding fashions. Improvements in photography in the early 20th century encouraged photojournalism and society weddings were reported in detail in the national press and gossip columns. Two of the most spectacular wedding dresses on show are the Norman Hartnell dress made for Margaret Whigham (later Duchess of Argyll) for her marriage to Charles Sweeny (1933), and the Charles James ivory silk satin dress worn by Barbara ‘Baba’ Beaton for her marriage to Alec Hambro (1934). These dramatic dresses are shown alongside archive film and news clippings of the occasions as examples of society ‘celebrity’ weddings.

The mezzanine level features wedding garments from 1960 to 2014, taking the exhibition right up to date with Spring/Summer 2014 designs by Jenny Packham and Temperley Bridal. Emphasising the glamour and spectacle of weddings today, key designers will include Vivienne Westwood, John Galliano, Christian Lacroix, Lanvin, Vera Wang, Jasper Conran, Bruce Oldfield, Osman, Hardy Amies, Bellville Sassoon, Mr.Fish, John Bates, Jean Muir and Ian Stuart, with millinery by Philip Treacy and Stephen Jones. This section explores the changing social and cultural attitudes to the wedding ceremony and marriage in the late 20th century and features examples of innovative and unconventional wedding outfits including dresses designed by Gareth Pugh and Pam Hogg for the weddings of Katie Shillingford (2011) and Mary Charteris (2012).